Shildon girl scarred for life by exploding can given bravery award

A schoolgirl scarred for life after an aerosol can exploded in her face was so badly disfigured her father did not recognise her in hospital.

Emily Owen was standing near a fire at a neighbour’s allotment when an aerosol can in the flames exploded and caused lacerations to her face and body.

Her injuries were so severe her father did not recognise her in hospital and her mother was forced to remove all the mirrors from the house so the child did not have to face the distress of seeing her wounds.

The 11-year-old was haunted by anxiety and nightmares following the incident. 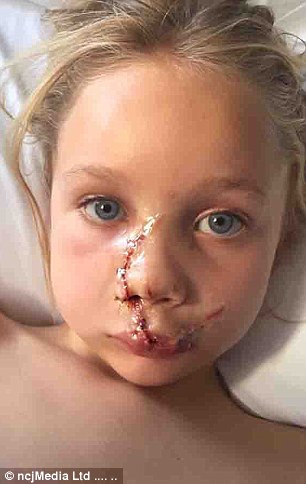 Emily Owen was scarred for life after an aerosol can exploded in her face. Her injuries were so severe her father did not recognise her in hospital 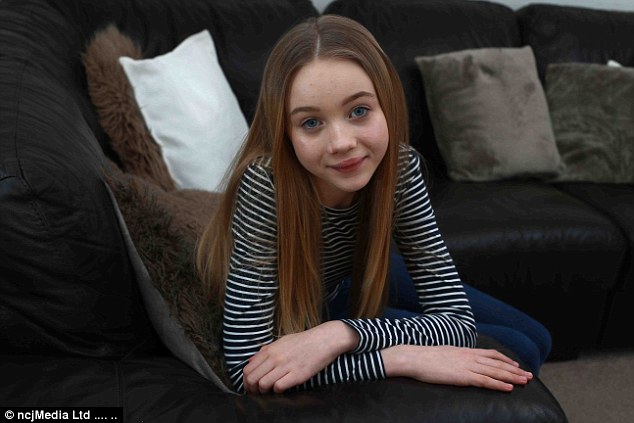 Now, nearly three years on from the incident and following her remarkable recovery, Emily, 11, has been given an award for her bravery

Now, less than three years on, Emily, who wants to become a plastic surgeon to help others, has been given a bravery award following her remarkable recovery.

She will receive her Child of Courage gong at the Pride of the North East awards next week.

Emily, from Shildon, County Durham, said: ‘I’m so excited, I could not believe it when I found out, I thought it was a prank.

‘The ceremony will be amazing but I admit I’m a bit worried I’m going to drop the award. I want to use the opportunity to tell people to be positive and believe in themselves because I had to learn how to do that again.

‘I’ve overcome a lot and realised that the world would be very boring if we were all the same and it’s good to be different.’

Emily needed two surgeries and had to overcome serious mental health issues caused by the trauma of suffering such an excruciating injury.

Her mother Nicola, 37, said: ‘Her injuries were so gruesome that her dad didn’t recognise her in hospital and her cuts were so deep you could actually see her skull.

‘It caused lacerations and burns to other parts of her body and she has needed two operations so far and will more than likely need others in the future.’ 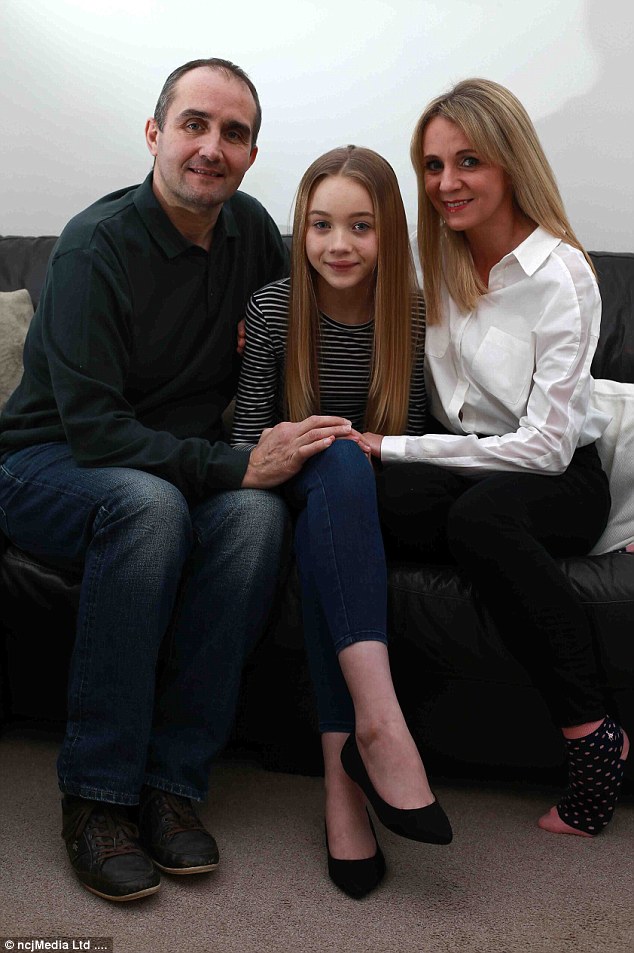 Emily, pictured here with her father David and mother Nicola, was haunted by anxiety and nightmares following the incident. She is now helping others in similar situations 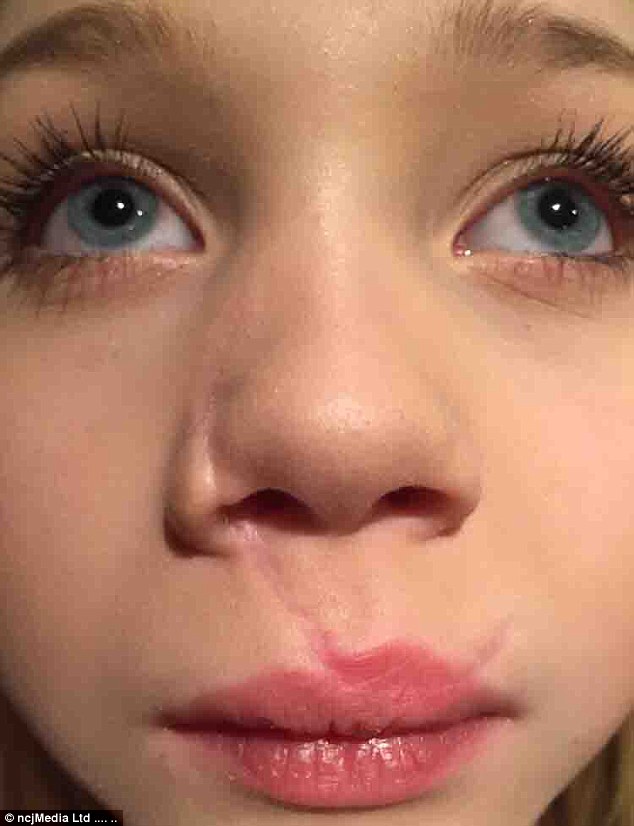 Remarkably, Emily did not suffer any brain damage and returned to school a month later – but overcoming her physical wounds was only half the battle.

Mrs Owen added: ‘She needed to have a lot of counselling after what happened – we even needed to take all of the mirrors out of the house at one point.

‘She suffered from terrible anxiety and nightmares and would by frightened by things like the sound of a bottle of fizzy drink opening or anything that produces heat like an iron.

Who are the charity Changing Faces and what do they do?

Changing Faces began in 1992 to help people who have a disfigurement.

Their goal is for each person who has an unusual appearance to be able to live their lives without the fear of being bullied or discriminated against.

They help people with conditions including cleft lips and palates, Apert syndrome, eczema and scarring.

‘But she has progressed hugely and although she might never fully come to terms with what happened to her she is learning to live with it.’

Emily used writing and therapy as a way of beating anxiety and night-terrors and says she wants to ‘encourage others to talk about their issues’.

Her first charity effort saw her march up to the headteacher’s door and suggest holding a sponsored face-painting session.

That triggered a fundraising push which has raked in £5,000 for Changing Faces and even inspired her mother to walk the length of Hadrian’s Wall.

Her makeup reviews on YouTube are followed by 1,000 subscribers and she chats with other girls with facial scarring about which products to use.

Mrs Owen said: ‘She has somehow turned this terrible experience into such a positive.

‘The funny thing is she can’t see why she is so impressive and special even though we tell her every day how beautiful and brilliant she is.

‘She doesn’t know what all the fuss is about so to have the whole world find out what a wonderful person she is makes us as a family very proud.’

Emily said: ‘I think people just need to believe in themselves.

‘One of my favourite quotes is “she believed, so she did” – that’s so important to me and I think anybody can overcome anything if they just believe.’