Fortnum & Mason has been celebrated as the Queen’s grocer

It is celebrated as the Queen’s grocer, but Fortnum & Mason now has an unwanted claim to fame – getting the wooden spoon in an experts’ blind taste test of this year’s Christmas puddings.

Equally surprising, however, was the decision by judges to crown the offering from budget frozen food chain Iceland as the winner.

Costing £10.95, Fortnum’s St James Christmas Pudding (454g) is sold in a festive red box, and is described as ‘light and elegant’ with the finest dried fruits and ‘a well-judged quantity of Pusser’s full-strength navy rum and Fortnum’s own cognac’.

But the judging panel put together by consumer watchdog Which? branded the Fortnum’s dessert ‘a total disaster’, adding that there was so much salt they believed ‘there must have been a mistake with the recipe’ during production.

Iceland’s £6 Luxury 12-month matured Christmas Pudding (750g) was loved by the judges for its ‘rich, boozy flavour of alcohol and plenty of nuts’. One judge said it was ‘pretty perfect’. 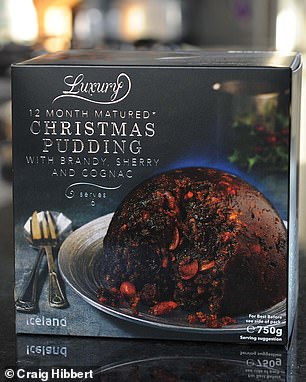 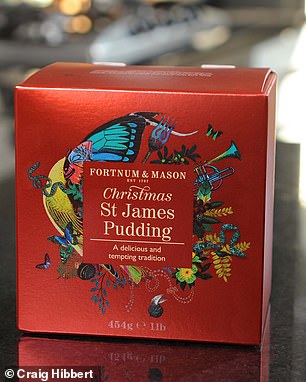 Iceland’s £6 Luxury 12-month matured Christmas Pudding (left) was loved by judges put together by consumer watchdog Which? whereas the Fortnum & Mason £10.95 dessert (right) was branded a ‘total disaster’

The Iceland label promises ‘a rich fruit pudding with cider, brandy, sherry, cognac, almonds and pecan nuts’. It scored a total of 75 per cent based on taste, aroma, texture and appearance, while the Fortnum offering was rated just 40 per cent and was the second most expensive.

The runner-up was also the cheapest, the Co-op’s £3 Irresistible Christmas Pudding (400g) which scored 73 per cent. Judges said it looked and smelled ‘wonderful’. They enjoyed the subtle balance of spice and alcohol but would have preferred a few more nuts to vary the texture.

It did not have a traditional flavour but it had an authentic Christmas smell and contained so much fruit it was the sweetest pudding. It is recommended for those who don’t like the typical pudding taste. 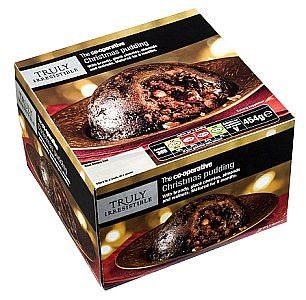 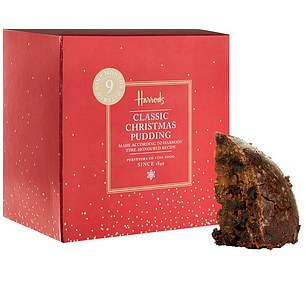 Harry Rose, editor of Which? magazine, said: ‘Our results go to show that when it comes to serving a crowd-pleaser, price is no guarantee of quality.’

The judges were award-winning bakers Patrick Moore and Dan Lepard, bakery author and broadcaster Suzy Pelta, and Ryan Simpson, chef proprietor of Orwells restaurant in Shiplake, Oxfordshire, where the tastings were held in October.

Puddings from Aldi, Asda, Lidl, Marks & Spencer, Morrisons, Tesco and Waitrose were also tested. The full results are in the latest issue of Which? magazine. Delighted Iceland head chef Nigel Nugent said: ‘The pudding follows a classic recipe and the balance of brandy, sherry and cognac make it a winner.’

Fortnum & Mason did not respond to requests for comment.

Lovely – but as subtle as Mrs Brown’s Boys

I may not be Christmas pudding’s greatest fan, but I know a good one when I taste it – succulent and stuffed with juicy dried fruits, a good whack of citrus peel and lots of lovely booze. So is the £6 Iceland version really better than the grander Fortnum & Mason classic. Does money always buy you class? I thought I’d taste them to see who came out top. 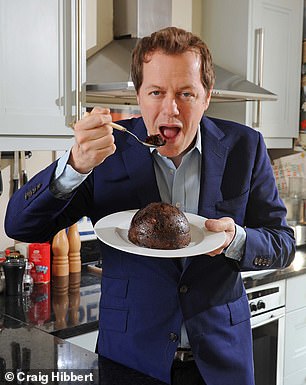 Getting stuck in: Tom tries a Christmas pud

This is the classic Christmas pudding we all know and love, with big, boozy swagger, and masses of dried fruit depth. Generous with the nuts too. OK, so it’s not subtle. At all. Masses of molasses and fistfuls of Christmas spice not so much tantalise the tastebuds, as bombard them. But then again, Christmas pudding is about as subtle as the Mrs Brown’s Boys Christmas special. That’s the point. If you like your puddings bold and butch, then this is the one for you.

This is light in terms of taste and texture. The booze is perfectly judged, merry rather than sozzled, and the fruits are of the highest quality. The almonds add welcome crunch, while the spicing is subtle but assured. And you get that hit of citrus peel too. But it does lack the regal depth of the truly traditional Christmas pudding. But very respectable, and one for the folk looking for something a little less blunt.