By Charlie Coë and Levi Parsons For Daily Mail Australia

The cruel trolls circulating slanderous rumours about NRL coach Anthony Seibold will be unmasked in a dossier being compiled by international cyber-crime experts.

The Brisbane Broncos coach has been the target of vicious and false comments on social media in the wake of his decision to stay in New South Wales after his team’s loss to South Sydney on August 7.

Seibold – who is now self-isolating in his Brisbane home – has sought the services of both lawyers and European cyber-crime researchers with a military background to trace the source of the malicious comments about him and his family.

His lawyer Dave Garratt said the report was expected to be turned into him by Tuesday morning at the latest, The Australian reported.

Mr Garratt from Queensland-based Howden Saggers Lawyers added he already knew the report would provide surprising information about the source of the slander.

‘It’s quite unexpected. It’s not just random trolls,’ he said.

‘The [European experts] wouldn’t even know who the Brisbane Broncos are. They’re just following this stuff online but it’s quite amazing what they can do.’

The lawyer said the report was not focused on the ‘Average Joe’ trolls who have been forwarding on or sharing the rumours, but the person or group who started the baseless claims.

‘Where it started – that’s the important stuff for us,’ he told The Sydney Morning Herald.

Seibold meanwhile said on Monday the ‘faceless cowards on keyboards’ may force him out of the NRL. 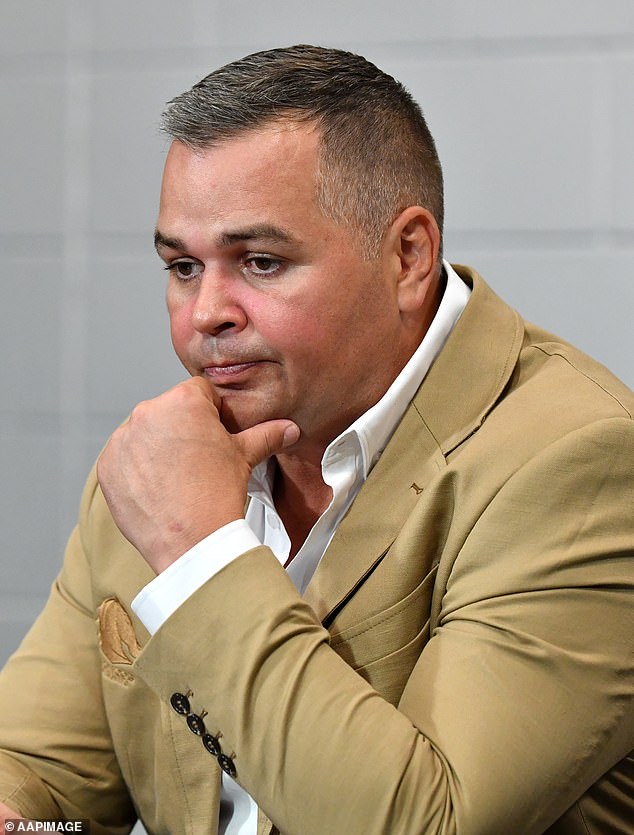 Seibold is pictured during a press conference on June 4 after a Broncos game against the Sydney Roosters in Brisbane. His lawyer said a report into the malicious rumours would provide surprising information about the source of the slander 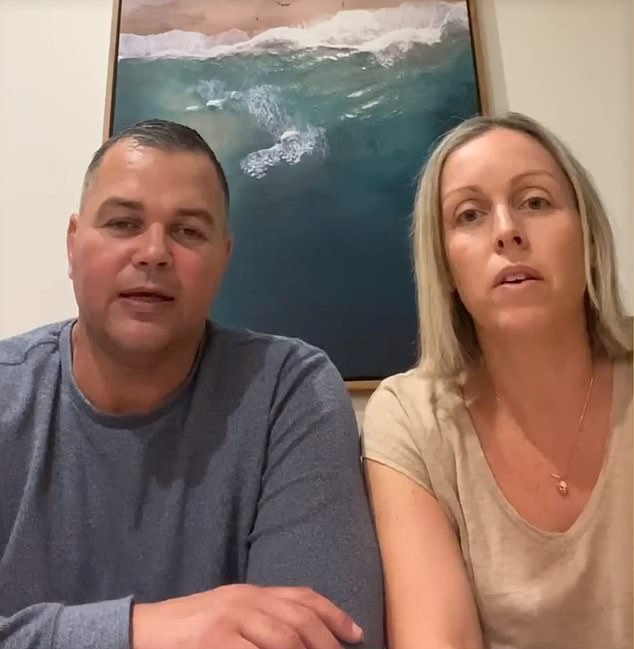 Seibold, (pictured with his wife Holly) said the online abuse is ‘sickening and I’m not going to cop it’

‘It’s not just about me…. This is my family and other people mentioned in those disgusting and false messages,’ the coach told the Daily Telegraph.

‘Say whatever you want about my coaching and the team’s performances but to make up lies and all that abuse … it’s sickening and I’m not going to cop it.’

The 45-year-old will remain at his Brisbane home for another week of self-isolation after breaking the NRL’s ‘COVID bubble’. 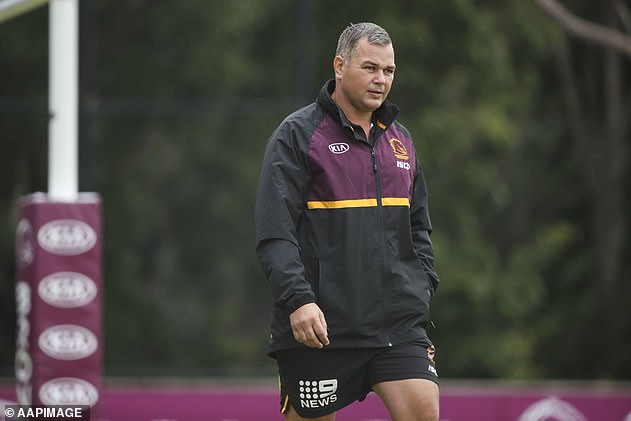 Seibold said he chose to take legal action and go to the police about the hurtful posts because ‘social media has gone to a level that is no longer acceptable’.

The Broncos are in the midst of their worst-ever season after going down 36-8 against the Canberra Raiders on Saturday in yet another drubbing. 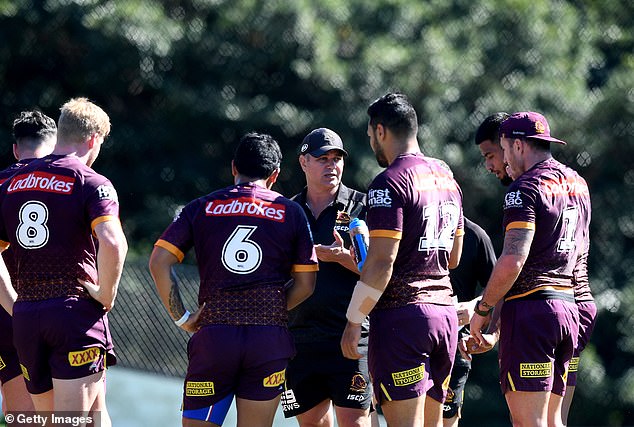 The star-studded team which have failed to perform during the coronavirus-interrupted 2020 season have only managed one win from their past 12 games.

Anthony Seiblold opted to stay in NSW after the Broncos loss to South Sydney on Aug 7.

In the 48-hours that followed, online trolls posted vile rumours about why the coach was away from the team.

The club said it was ‘a family matter’.

Seibold’s chargers are currently sitting in second-last place on the ladder.

But off-the-field drama has also plagued the six-time premiership-winning club.

Brisbane legend Allan Langer and two other fellow support staff were fined $5000 after breaching COVID-19 protocols by attending a function.

The move cost the 24-year $30,000 and saw him placed on indefinite suspension.

NRL investigators are also combing through footage that allegedly shows up to 10 Broncos players playing the pokies at the Everton Park Hotel in Brisbane earlier this month.

Under the NRL’s strict COVID-19 rules, players are not allowed to attend pubs and clubs.

With all the strain of the season piling up on Seibold and growing calls for the $800,000 a year coach to be sacked with another three years left on his deal, he says he’s ‘angry’ that no one from the NRL has called to check on his well-being.

‘I thought someone could have reached out. Even just a phone call to check in. It’s been bloody hard,’ he said.

‘I’d hate any other coach or player to go through what I have this last week. Will it drive me out of the game? I need to think about that at a later time.’