Shocked fishermen reel in 700 POUND shark before conservationists release it

This is the moment local fisherman got more then they bargained for when they reeled in their catch – before brave men waded into the sea with the ferocious predator.

A tourist in the area named Alisha Day recorded video of the great white shark floating while on a fishing line, before capturing the moment a group of men release it in the sea off the Navarre Beach Pier, Florida, on Tuesday.

The brave group of three men wade in the shallow water while holding on to the shark in a bid to release it.

Staff from Navarre Beach Pier, Florida go into the shallows with the great white to release it

The shark, which was estimated to be 10 feet long and weighing between 600-700 pounds, was reportedly tagged and released by the workers at the pier.

The information will be sent to the National Oceanic Atmospheric Administration, which oversees marine life activity.

The fisherman who caught the shark used bonito fish as bait, according to reports. 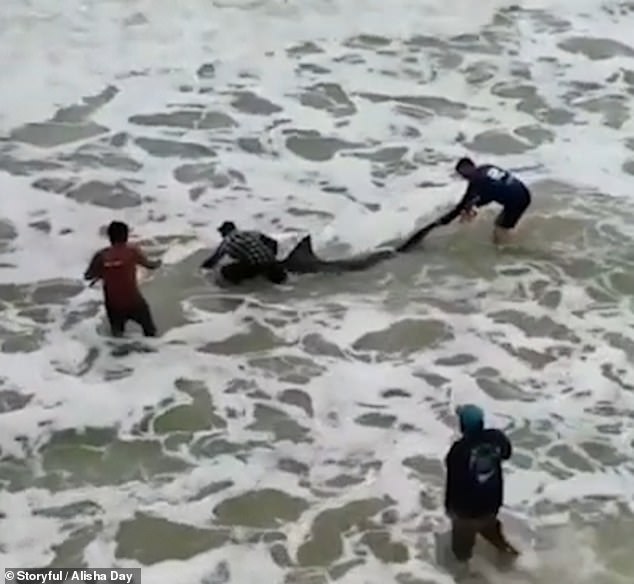 An employee at the pier told reporters that he and his fishing team spent an hour reeling in the huge catch.

‘Got down to the end [of the pier] and saw one of the men had something on his line and decided to stick around to see what he caught.

‘Did not think it was going to be a shark,’ Alisha Day told FOX 13 News.

According to The News Herald, it is the first time a great white has been caught in the area.

Ms Day, visiting from Oklahoma, said the spectacle was ‘so cool to watch’ before adding that the men who released the shark ‘did an amazing job.’ 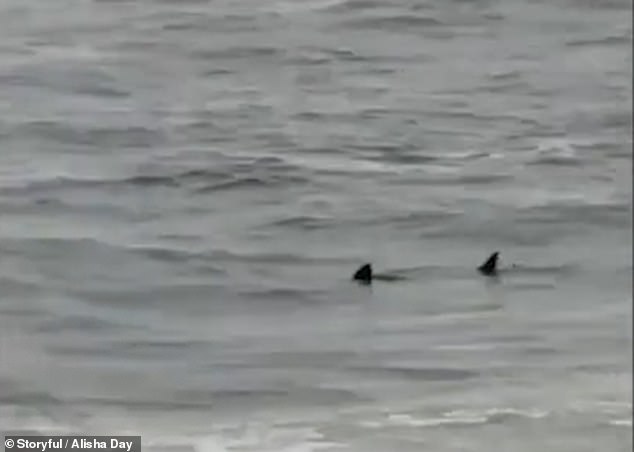