Emergency workers were called to Amazon warehouses across the United States at least 189 times for suicide threats and mental health breakdowns between 2013 and 2018, a new report has revealed.

Audio from 911 calls, obtained by The Daily Beast, contain the shocking descriptions of several suicide attempts.

Some of the Amazon workers are heard describing co-workers as having suicidal thoughts, overdosing and attempting to cut themselves with box cutters.

The reports came from all over the country, including Twinsburg, Ohio; Hebron, Kentucky; Joliet, Illinois and Chester, Virginia, just to name a few.

In one case, the employee at the Hebron location threatened to stab herself in the stomach.

She was pregnant at the time and other employees had fears that she would harm the baby.

Emergency workers were called to Amazon warehouses (pictured, Lebanon, Tennessee) across the US at least 189 times for suicide threats and mental health breakdowns between 2013 and 2018, a new report has revealed

In January 2015, a young man threatened to ‘jump from [the] second floor’ of the warehouse in Chester, according to the Daily Beast.

The report says that the 911 calls came from 46 warehouses in 17 states.

That total is roughly a quarter of the sorting and fulfillment centers that make up the company’s US network.

Employees who spoke to the Daily Beast described the relentless pressure from working at Amazon.

They described a work environment where employees are treated ‘like robots’ in an ‘isolating colony of hell’.

Jace Crouch, a former Amazon employee in Lakeland, Florida, told the news outlet that ‘people having breakdowns is a regular occurrence’.

Crouch, who had his own emotional crisis while on the job, said it is ‘mentally taxing to do the same task super fast for 10-hour shifts, four or five days a week’.

Another former employee from the Etna, Ohio, warehouse said it was often impossible to physically keep up with the workload.

‘Even if it isn’t your fault, they ignore any explanation that you could give,’ the employee told the Daily Beast, adding that he feared for his job. 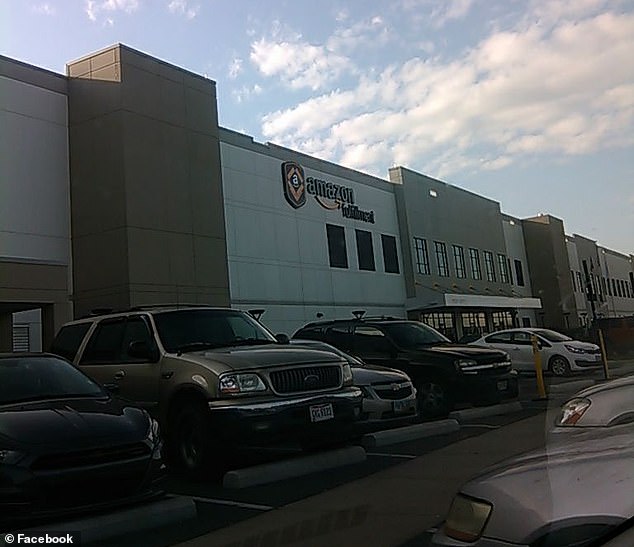 A former employee from the Etna, Ohio, warehouse (pictured) said it was often impossible to physically keep up with the workload 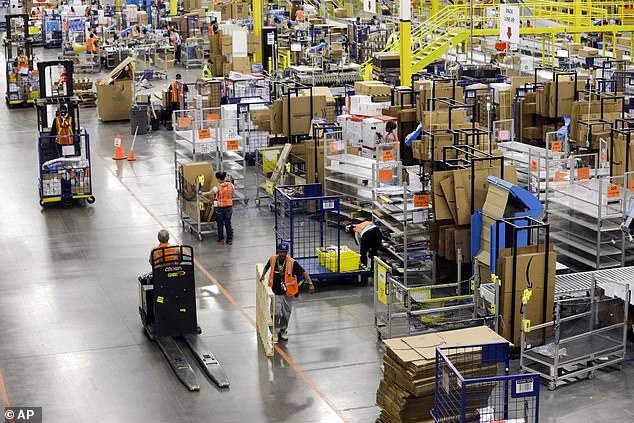 Five of the six current or former Amazon workers who were interviewed by the Daily Beast, revealed that after their breakdowns at work, they were put on short-term medical or disability leave. Workers are seen inside the Lebanon, Tennessee, warehouse

‘Once you have enough write-ups, you’re out the door. There goes your livelihood.

Five of the six current or former Amazon workers who were interviewed by the Daily Beast, revealed that after their breakdowns at work, they were put on short-term medical or disability leave.

During that leave, they said they struggled to obtain promised compensation and in some cases were ultimately fired.

According to the Daily Beast, while on leave some of the workers used Amazon’s assistance program, which includes three phone conversations with a counselor,

But even with the Amazon-provided health insurance, the costs were also a financial burden.

The Daily Beast report also describes one particular incident in which 36-year-old Jonathan Forrest took his own life while working for Amazon.

Forrest had initially been excited to start the new position as a picker at Amazon and even ranked number 8 out of 100 pickers, whose job it was to place items in bins.

But his father, Butch, said after a few months on the job, his son started to hate his position and began making suicidal comments in the summer of 2017.

Forrest qualified for medical leave and sought out help from a psychiatrist who diagnosed him with bipolar disorder and prescribed him medication.

Soon after Forrest returned to work at the Amazon warehouse, he started making more suicidal comments, according to the Daily Beast.

His mental health continued to deteriorate and in January 2018, Forrest took his life. 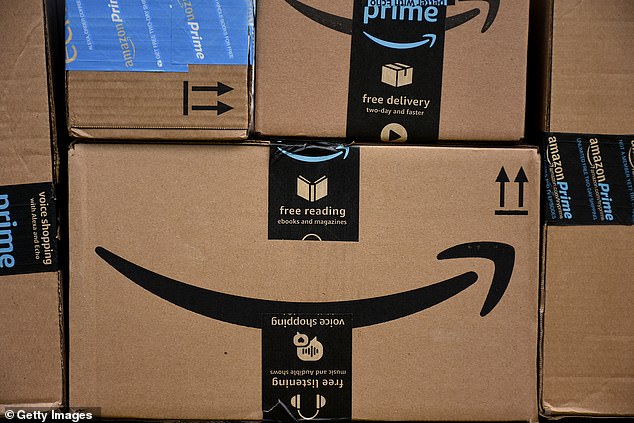 This isn’t the first time Amazon (file image) has made headlines for its ‘hellish’ working conditions. Last April, at least 100 Amazon workers in the UK said in a survey that they suffered from depression, and eight of those individuals said they’d thought about killing themselves

Forrest’s father told the news outlet that he knows his son was struggling on many levels, but he believes that working at Amazon played a major role in his suicide.

‘When it came to holidays it would be five days in a row,’ Butch said. ‘It killed him.’

This isn’t the first time Amazon has made headlines for its ‘hellish’ working conditions.

Last April, at least 100 Amazon workers in the UK said in a survey that they suffered from depression, and eight of those individuals said they’d thought about killing themselves.

The survey was carried out by Organise, which campaigns for employment unions.

James Bloodworth, who worked ten-hour shifts at a warehouse in Rugeley, Staffordshire, claimed staff were peeing in bottles because they were scared of getting in trouble for taking toilet breaks.

The Rugeley warehouse measures 700,000sqft and some of the 1,200 workers face a ten minute, quarter-of-a-mile walk to two toilets on the ground floor of the four-storey building.

He said: ‘For those of us who worked on the top floor, the closest toilets were down four flights of stairs.’ 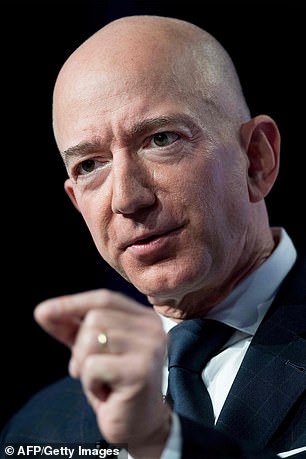 Bloodworth revealed workers were continually monitored for time wasting by supervisors and claimed the strictness was what caused the ‘toilet bottle’ system.

Nearly three quarters of those polled said they were so frightened of missing productivity targets that they’d starve themselves of water so they wouldn’t need the toilet.

Amazon warehouse workers in New York are pushing for unionization to fight what they claim are unfair quotas and insufficient breaks.

Staff at Amazon’s new warehouse in Staten Island officially announced their campaign in December, backed by the Retail, Wholesale and Department Store Union.

They have raised safety and health concerns regarding 12-hour shifts and demands they pack 240 to 400 items per hour; one every 10-15 seconds.

One Staten Island employee said that ‘if an employee is a picker, they want that person to pick up 400 items per hour, picking each item every seven seconds’.

In a statement released in December, Amazon said: ‘We work hard every day to ensure all of our employees are treated fairly and with dignity and respect.

Amazon has more than 75 ‘fulfillment centers’ across the country where purchased merchandise is packaged and shipped.

The centers employ more than 125,000 full-time employees, according to the company.

A DailyMail.com request for comment to Amazon was not immediately returned.

Meanwhile, Amazon CEO Jeff Bezos remains the world’s richest person, ahead of Bill Gates and Warren Buffett, according to the latest Forbes list of the ultra wealthy.

According to the list announced last Tuesday by Forbes, the riches of Bezos, 55, have swelled by $19billion in one year and he is now worth $131billion.