Shocking footage has emerged of mutant Hulk-like pigs which are being bred by Cambodian farmers.

The company, called Duroc Cambodia, appear to have genetically modified the animals who were kept in cages and the results have appalled critics.

Videos of the pigs show that they are unable to walk properly because of their freakishly large muscles. 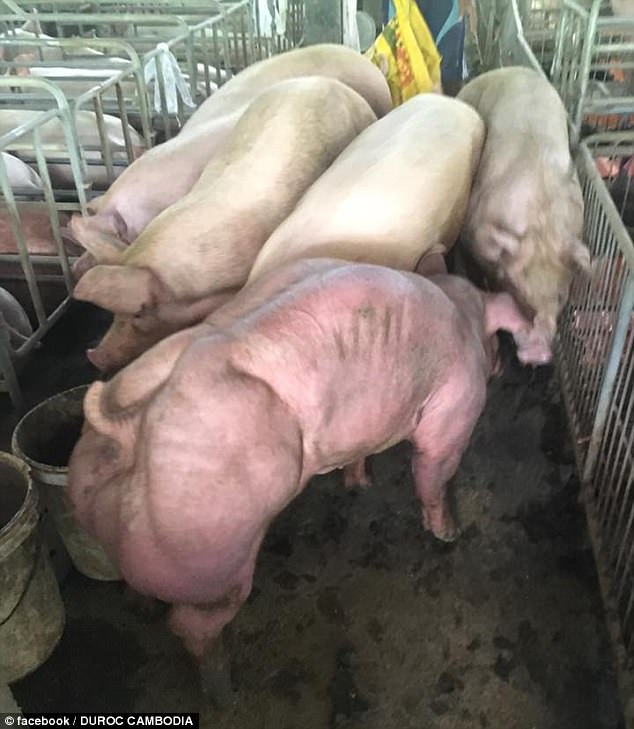 While four of the pigs in the picture look relatively normal, the one nearest the camera has a different skin pigmentation and has rippling muscles 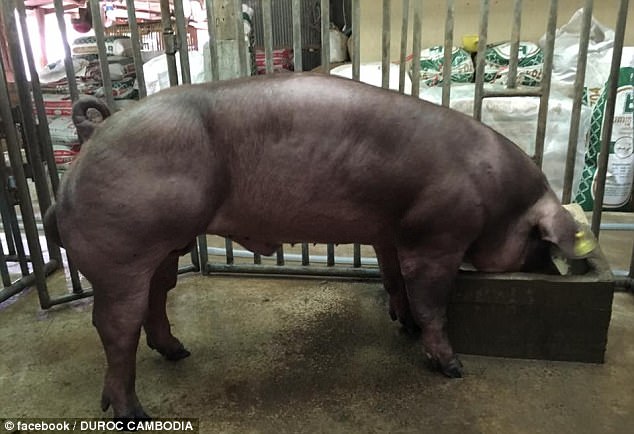 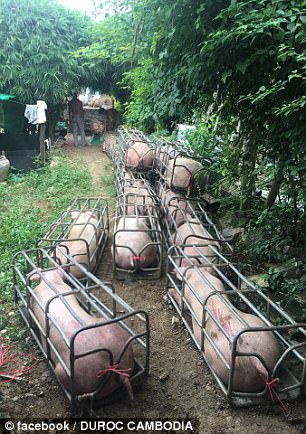 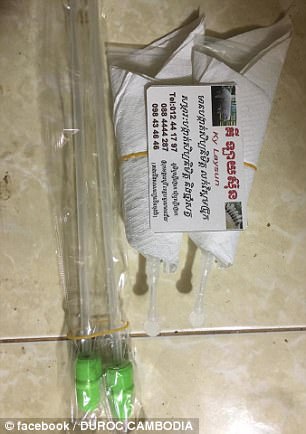 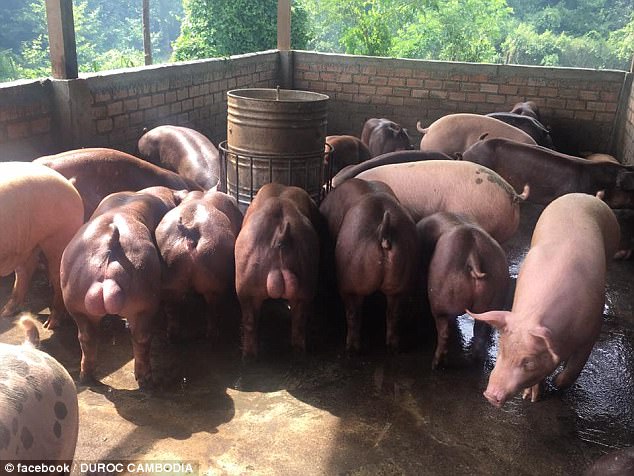 The mutant pigs are understood to be being reared in the Banteay Meanchey province of the country and the farmers’ Facebook page is littered with worrying photographs and videos.

They show the animals’ bulging muscles and promote a range of services from buying pigs for pork to kits to start your own farm.

Duroc Cambodia offers a pair of prosthetic penises and boar semen to artificially induce a sow to those looking to create their own freak animals.

Concerned animal lovers have been left disgusted by the footage on the page and voiced their anger at the farmer.

Janice Short wrote on the page: ‘This is grotesque. Obviously bred like this. Are there no laws to stop this sort of thing?’

Ric Tucker echoed her comments and said: ‘What are you trying to show here? How much meat you can produce, or how badly these animals are treated? Whoever is looking after these should be locked up for ever.’

Katherine Loweparker agreed and said: ‘Not only is it animal cruelty, but people are eating this garbage and feeding it to their children. What a mess.’

Animal right group PETA have also condemned the practice, and said: ‘Hulk-like pigs are the stuff of nightmares, not meals, and those who are genetically engineered are also likely to be born with painful health issues.’

PETA said the pigs were deliberately bred to grow to an enormous size with ‘heaping knots of muscle mass’.

By making the pigs bigger, the farmer can sell off more meat and ultimately make more money, but at the cost of the animal’s welfare.

It bears a striking resemblance to a 2015 incident in South Korea and China when scientists created 32 double-muscled piglets.

PETA said: ‘Pigs suffer even without this “Frankenscience”. On typical pig farms, their tails are cut off, their sensitive teeth are ground down, and the males are castrated, all without so much as an aspirin.

‘Then, even though we have a wealth of nutritious plant-based foods to eat, these intelligent, playful, sociable animals’ throats are slit and their bodies are turned into pork chops or sausages.’ 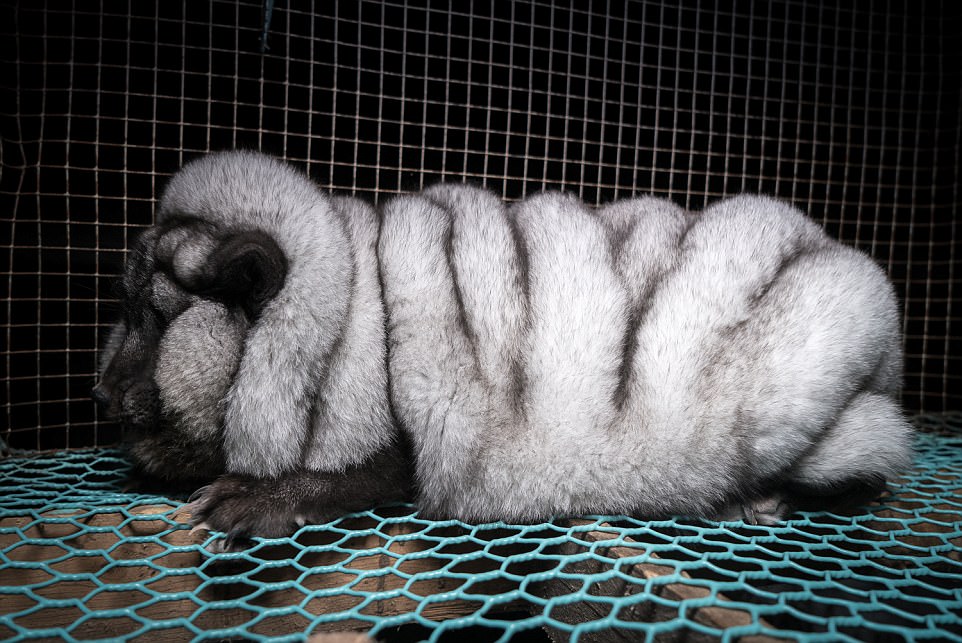 It comes as an investigation revealed ‘monster foxes’ being bred on fur farms in Finland in deplorable conditions.

Footage from five fur farms across Ostrobothnia in western Finland show foxes with huge pelts and rolls of fat folded over their bodies and almost covering their eyes to increase the amount of fur on their bodies.

The animals can weigh up to five times their normal weight and become so bloated they can barely move in their cages.