Shocking footage of a burly bouncer pushing a woman to the ground seconds after kicking her partner over has divided opinion online.

The doorman has been branded ‘shameful’ and a ‘bully’ for pushing the woman over but others defended him, saying he was acting in self-defence.

The incident was filmed outside the Oddfellows Arms, Chester, Cheshire, on Saturday night, although it is not clear who employed the doorman.

At the start of the clip both the man and the woman are on the ground, suggesting the fight had already started.

The incident was filmed outside the Oddfellows Arms, Chester, Cheshire, on Saturday night

The man stands up, looking worse for wear, and lifts his arms in the air, appearing to goad the bouncer on for a fight.

The bouncer and the man take positions in front of the pub, both facing each other.

The man holds his arms out before suddenly taking a swing at the bouncer.

The bouncer blocks this, attempts to grab the man and kick him, but misses.

Beside them, the woman who was still kneeling on the ground, finally gets up. 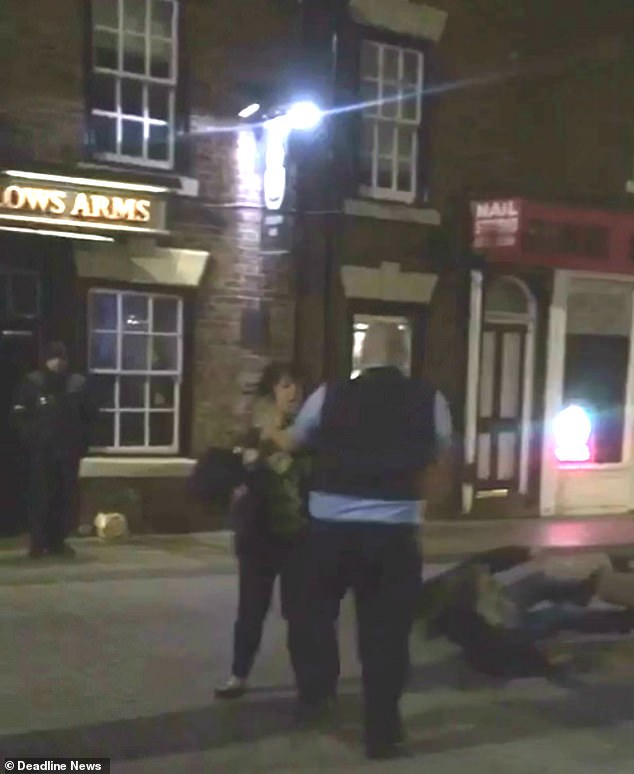 The man continues to provoke the bouncer, which merits him only a kick to to the legs, knocking him to the ground.

The woman then approaches the bouncer and tries to hit him but is blocked and shoved hard to the ground.

Off camera people can be heard protesting at the bouncers actions on the woman, with someone saying: ‘Oi, don’t touch her.’

The bouncer then turns round, now appearing to pursue the people protesting, before the clip ends. 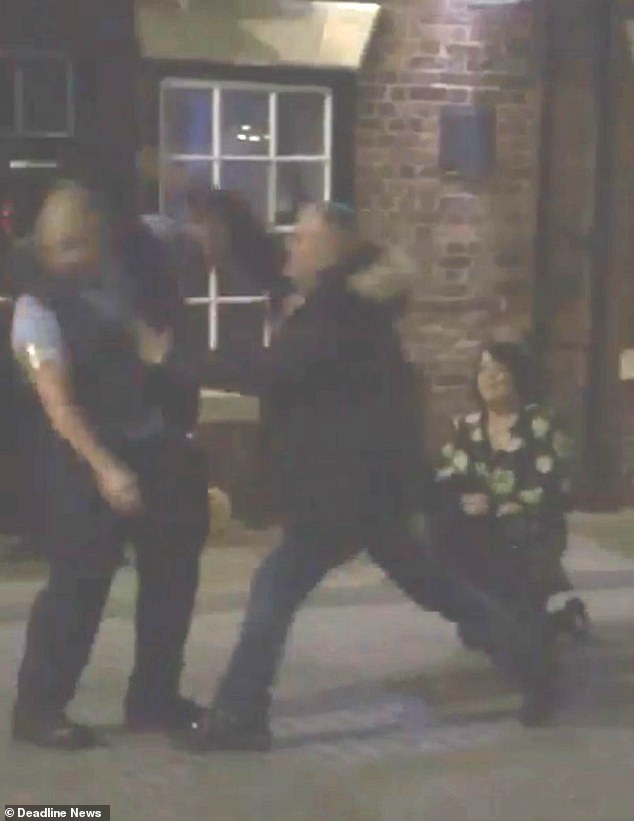 The video was uploaded to Facebook by Kirk Johnstone, 32, whose brother filmed the incident when going for a Chinese.

Kirk uploaded the clip with the caption: ‘My little bro went for a nice Chinese in Chester and this was going on outside.’

The clip has been viewed 45,000 times since it was uploaded and most Facebook users were disgusted at the bouncer’s reaction against the woman.

Sharon Cull said: ‘That’s terrible behaviour of the doorman. I didn’t think they were allowed to touch people.’ 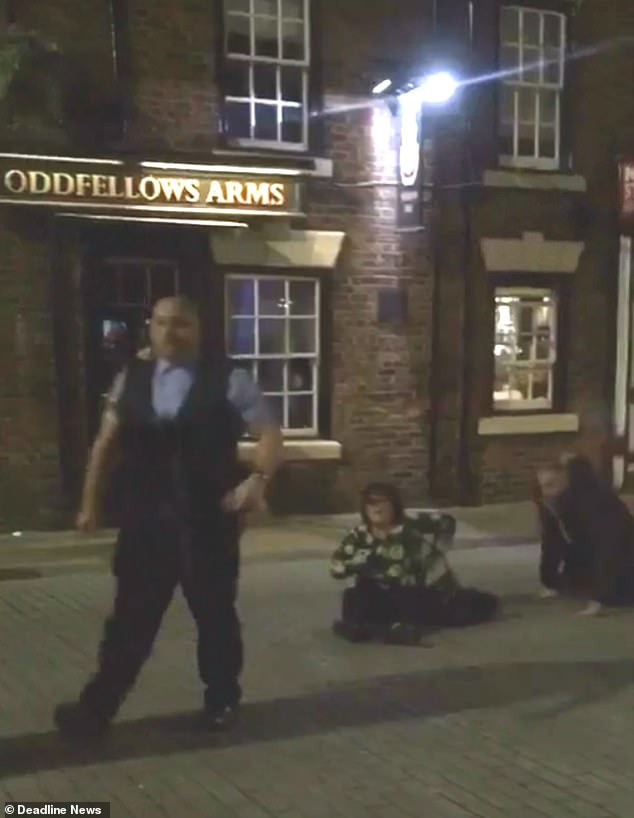 Bouncer turns round, now appearing to pursue the people protesting, before the clip ends

Kelly Littler wrote: ‘Shameful. I bet he don’t have a wife if he hits a woman. Bully.’

Cathy Ward said: ‘What a horrid doorman. He should be sacked for that, he looked so proud that he knocked a woman to the ground. I hope the police get this video or the chronicle news paper.’

However there were some who defended the doorman’s actions.

Tanya Haddock said: ‘Both deserved. If she’s coming towards him and wants to try attack him like a man then get treated like one. He can’t smack her in the face, so yes push her away.’

Ben Sykes wrote: ‘Am I the only person here that sees the doorman being in the right? Two punches were thrown, both were at the doorman. I think he did spot on using minimum force required.’