This is the shocking moment two burly brothers ‘acted like the Kray twins’ by storming into a double glazing firm and threatening to kill women workers.

Rhys Cottrell, 28, and his brother Jordan, 24, were seen on CCTV barging into the offices in in Cwmbran, South Wales, to scream foul threats to staff.

A court heard the towering pair demanded to know where business owner Dean Cubitt was – believing he owed their father money in unpaid wages. 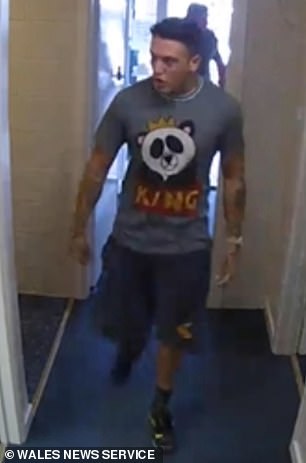 Rhys Cottrell, 28, (left) and his brother Jordan, 24, (left) were seen on CCTV barging into the offices in in Cwmbran, South Wales, to scream foul threats to staff

The CCTV footage shows the 6ft-plus brothers screaming demands and threats for more than two minutes before they finally leave the building.

Jordan Cottrell then returns and says: ‘Make sure that money is at my house today. Today. Or you’re f***ing dead.’

But the brothers were spared jail after they admitted affray over the incident at the Window Doctor offices.

Business owner Mr Cubitt, 53, said the brothers had got off with ‘a slap on the wrist’ after the ‘horrifying’ ordeal for workers Hayley Jones and Nicola Thurston.

Mr Cubitt said the brothers arrived at the office two hours after he had sacked their father for moonlighting and refused to pay him a bonus. 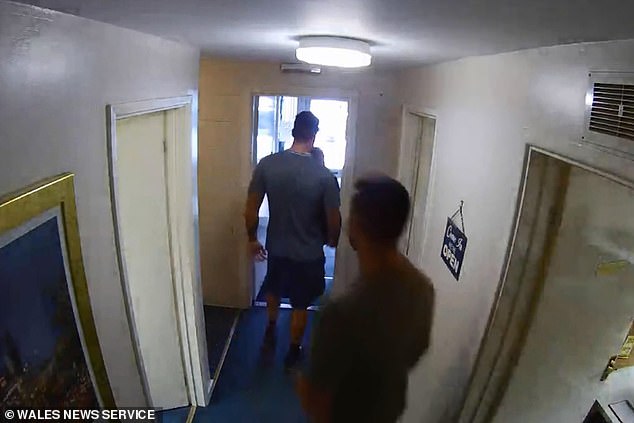 He said: ‘They were shouting and screaming threats and as Nicola was trying to call the police they snatched the phone out of her hand and hung it up.

‘I was lucky that I wasn’t in the office as it’s quite clear that if I was there would have been violence and they would have kicked the s*** out of me.

‘The way they came in they think they are the bloody Kray twins.

‘It was horrific, absolutely horrific, for the two ladies. They dealt with it fantastically well.

‘When they left Nicky called the police and the operator on the phone heard Jordan come back into the office and threaten her.’ 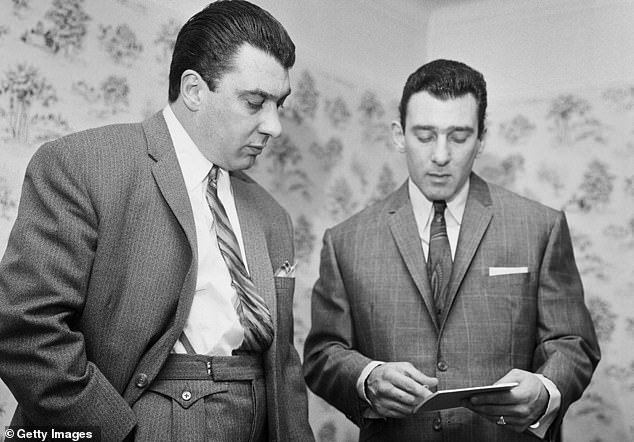 Rhys Cottrell and Jordan Cottrell, of Pontypool, South Wales, appeared at Cardiff Crown Court on Tuesday where they admitted affray.

They were given four month suspended sentences and ordered to carry out 150 hours of unpaid work by Judge Michael Fitton.

Mr Cubitt said: ‘We couldn’t believe how lenient it was. We didn’t go to court but I don’t think they could have seen the CCTV.

‘The sentence they’ve got is nothing. It’s like a slap on the wrist.’

1956: Jailed for three years for assault.

1966: Assisted escape from Dartmoor prison of Frank Mitchell. Later acquitted of his murder.

1967: Held Jack ‘The Hat’ McVitie down as brother murdered him.

1968: Sentenced to life in prison for murder.

1960: Jailed for 18 months for protection-related threats.

1966: Assisted escape from Dartmoor prison of Frank Mitchell. Later acquitted of his murder.

1968: Sentenced to life in prison for murder.