Shocking moment man, 42, is tackled by police after lunging at people in Maida Vale with machete

A man wildly swinging a huge machete at a pedestrian caused chaos on a busy London street before he was arrested by police officers.

Onlookers filmed the terrifying moment the male, 42, flailed the large knife outside a Lebanese restaurant on the A404 Harrow Road in the Maida Hill neighbourhood, which is not far from the affluent Maida Vale.

The alleged knifeman, who was wearing a brown coat and a baker-boy style hat was filmed brandishing the blade as he directed its edge towards a pedestrian outside Soor Lebanese Cuisine and Sam’s Chicken at around 8pm on Thursday evening.

Footage recorded from Zagros Food Centre over the road shows that he ran and lunged at a man several times – who backed off and managed to avoid being hit with the machete. 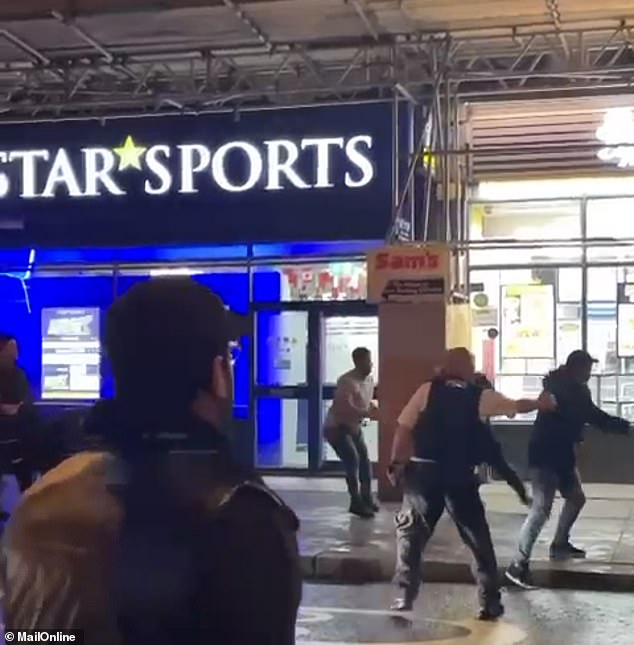 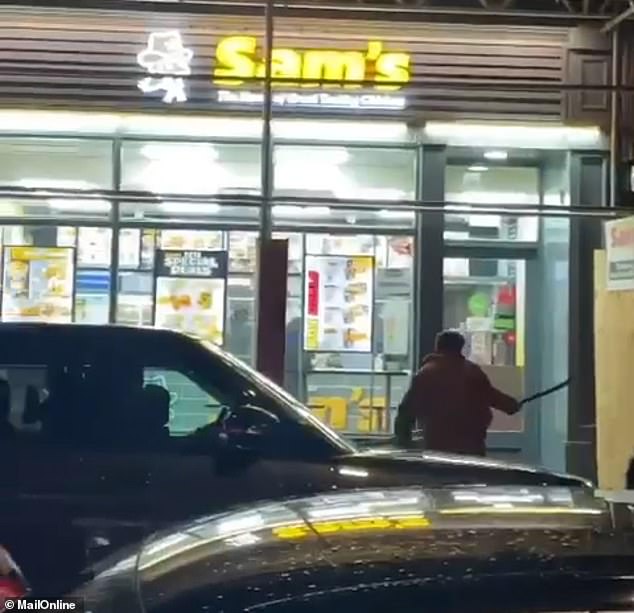 And the footage later showed him charging with the machete ran at the pedestrian.

But several police officers then arrived at the scene and shouted at the man, who then threw his weapon to the ground.

The man started removing his coat as a police officer, flanked by two colleagues, then pepper-sprayed him.

Police then instructed him to ‘get on the floor’ and ‘put your hands on your head’, to which he complied.

He was then cuffed by an officer with his hands behind his back as a police car entered the scene.

The drama resulted in three people needing treatment for injuries, the Met Police said. They continue to make enquiries in the incident. 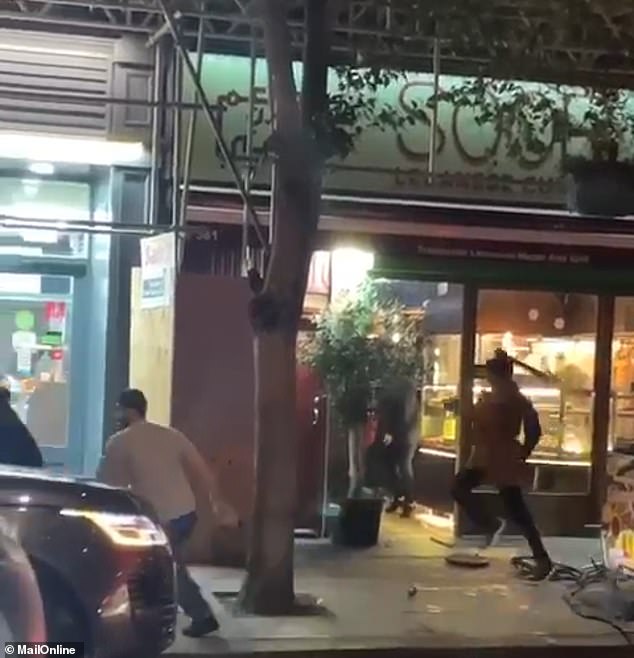 The man with the machete ran at the pedestrian, chasing him with his weapon brandished 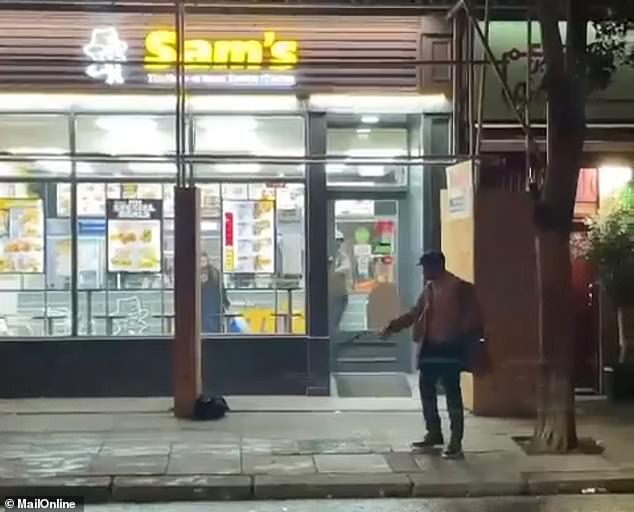 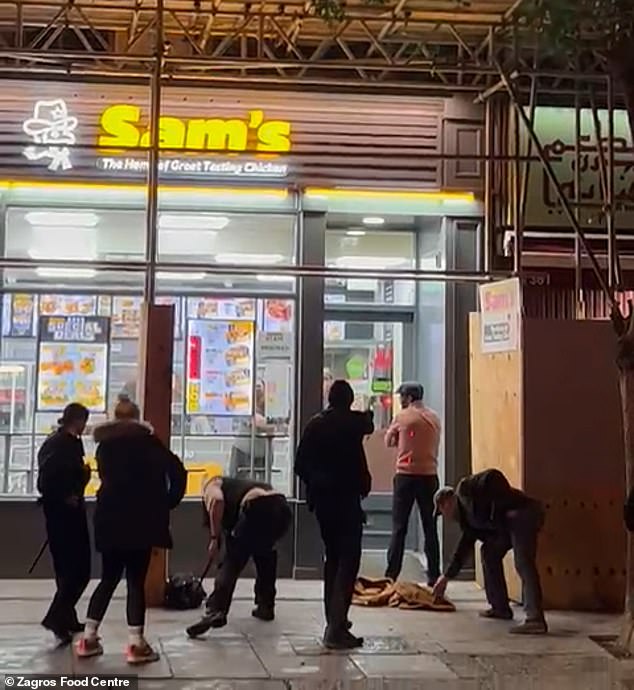 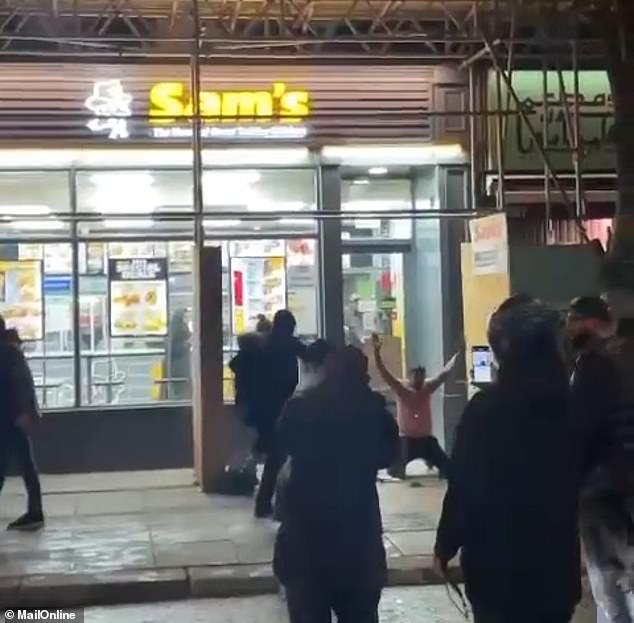 Police then instructed him to ‘get on the floor’ and ‘put your hands on your head’, to which he complied before he was cuffed and later taken into custody

A spokesperson for the Met Police told MailOnline: ‘Police were called at 20:00hrs on Thursday, 24 November to reports of a man in possession of a large knife at a restaurant on Harrow Road, W9.

‘Officers attended and located the 42-year-old man. He was arrested on suspicion of possession of offensive weapons and affray.

‘He was taken to hospital as a precaution before being taken into custody.