An elderly man was attacked in Florida after he asked a driver not to park in a reserved parking space at an apartment complex north of Miami.

Surveillance video from the parking lot in the town of Hollywood shows the suspect punching the victim twice before he falls to the ground.

The blows kept coming as the elderly victim rolled around on the ground.

A man was caught on surveillance video viciously beating up an elderly man. In this frame of footage, the  man in a red t-shirt can be seen walking up to the elderly victim before the attack 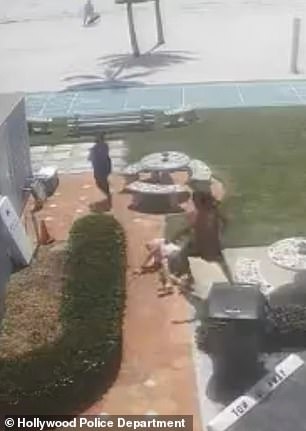 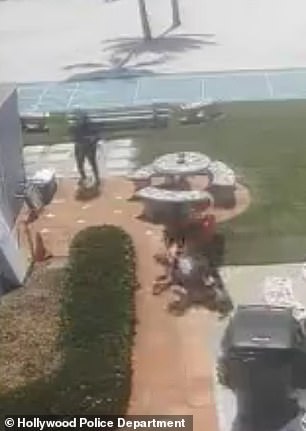 Seconds later, the attacker began viciously punching the elderly man to the ground

Moments later, a woman runs onto the scene and pulls the assailant away, halting the attack.

Incredibly, as soon as the punches stopped, the man managed to scramble to his feet but looked to be very unsteady.

The attack took place on May 25.

The suspect is described as a slender build black male in his 30’s, wearing a red shirt and black shorts, with long dreadlocks.

It’s believed the suspect could possibly be driving a red or burgundy Ford Mustang according to CBS Miami. 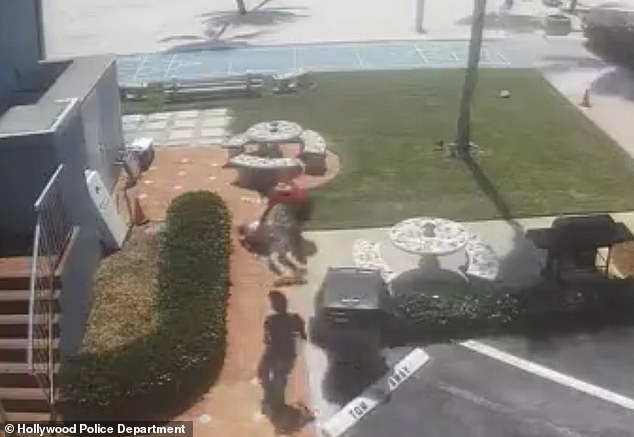 The punches continued to fly as the man attempted to cover his face to defend himself. In the bottom of the frame, the attacker’s friend is seen running onto the scene 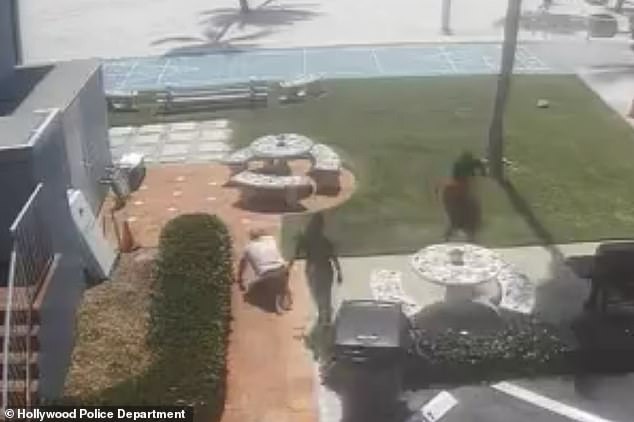 Eventually the attack ended and the victim attempted to get to his knees. The attacker is seen walking away, on the right of this frame of footage 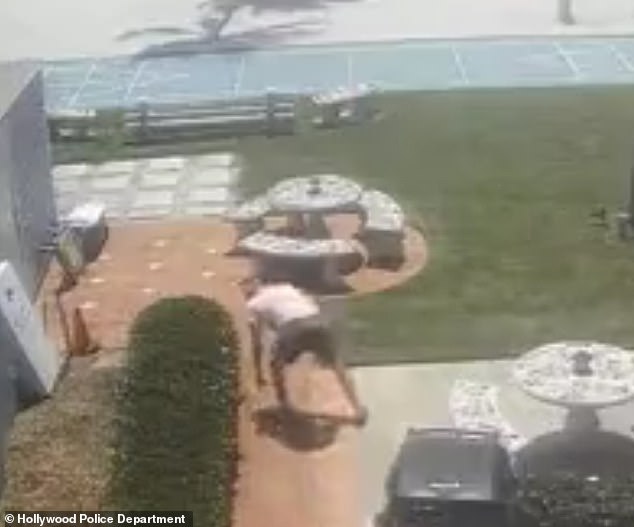