This is the dramatic moment a Manly fan angrily confronted Melbourne Storm star Will Chambers in the tunnel during a game.

Manly coach Des Hasler apologised to Chambers after the fan squared up to him in the Storm’s 36-6 NRL win at Lottoland on Saturday.

Chambers was leaving the field after being sin-binned when he was involved in an incident with the fan, who was wearing a Manly jersey.

The Storm centre stopped briefly, believing the man had tried to punch him after reaching through the fence and into the tunnel.

Police took the fan from the ground in handcuffs. He was released without charge.

‘He was able to reach through (the cage). Thankfully, no harm came to it, nor should it have,’ Hasler said.

‘He didn’t make contact with Will. All I can do at this point is offer our apologies and certainly it’s not needed in sport. It’s certainly not condoned.’

Chambers had been sin-binned for a high tackle on Manly second-rower Jack Gosiewski before a melee broke out between the two finals bound sides.

The ensuing tunnel incident infuriated the Storm’s Craig Bellamy who also spoke out. 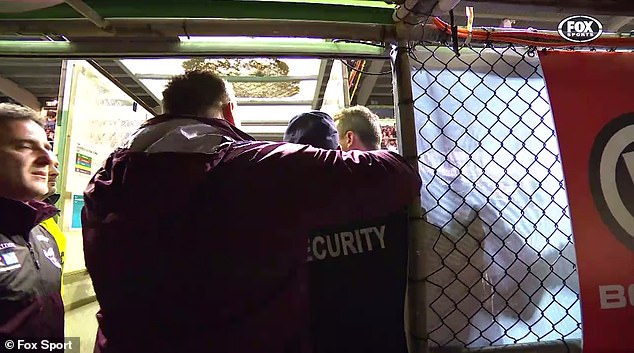 The Storm centre stopped briefly, believing the man had tried to punch him after reaching through the fence and into the tunnel 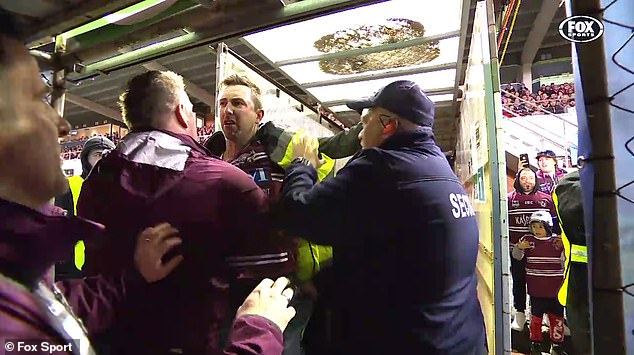 ‘I know Des has apologised. He don’t need to apologise,’ Bellamy said.

‘We don’t need that behaviour from our crowds. I think Manly have done everything, security-wise. We don’t want it to happen.

‘At the end of the day, it’s someone in the crowd who has made a decision not good for our game.

‘There is no ill-feeling towards Manly as a club. That is a rogue supporter doing what he shouldn’t be doing.’

Meanwhile Melbourne Storm boss Dave Donaghy has said it was unacceptable and called for the fan to be banned for life.

‘We need to be providing a safe work place for our players. Tonight was anything but. I don’t care how long that fan has been a fan of the game for or how passionate he is,’ he said.

‘What he did was unacceptable, he should be banned for life from any form of rugby league. 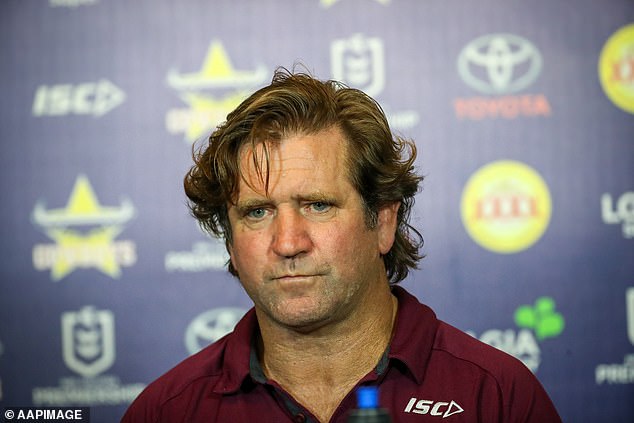