‘All the hallmarks out of the terrorist playbook’: Shocking moment New Yorker, 20, stabs a police officer and shoots two others while yelling out ‘Allahu Akbar’ before being subdued and arrested

Dzenan Camovic, 20, is accused of stabbing one NYPD officer and shooting two others during an attack in Brooklyn on Wednesday night

A man suspected of stabbing one NYPD officer and shooting two others reportedly yelled out ‘Allahu Akbar’ during the violent attack.

Dzenan Camovic, 20, allegedly walked up to the group of cops in the Flatbush neighborhood of Brooklyn Wednesday night and lunged a knife into one of the officer’s necks.

According to officials, he then took control of that policeman’s gun and shot the other two deputies in the hands.

The assailant was himself shot and injured by another police officer who quickly responded to the scene.

Camovic, whose family hails from Bosnia, is currently in a critical condition in hospital. Police have yet to interview him as he is intubated.

The New York Post reports that he is expected to be charged with three counts of attempted murder. The FBI is also said to be reviewing the case to see if federal charges should be filed.

Camovic’s family members told the Post that he is a practicing Muslim, but is ‘absolutely not a terrorist’.

Officers have not linked him to any specific terrorist organization.

However, the NYPD’s deputy commissioner of counter terrorism, John Miller, said the attack had ‘all the hallmarks that would be out of the terrorist playbook’. 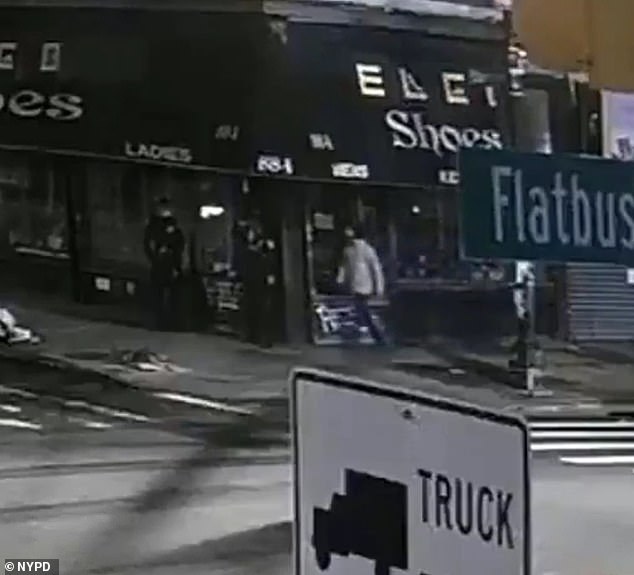 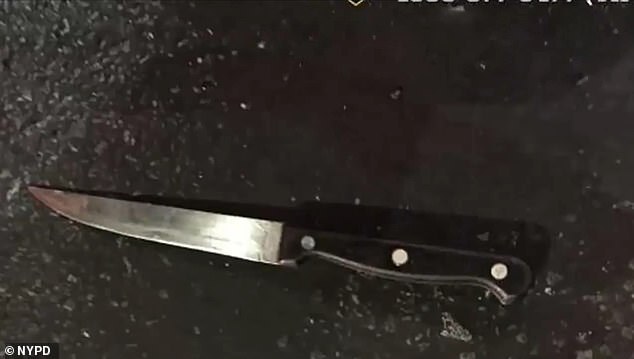 An image of the kitchen knife used in the attack. One of the officers was stabbed in the neck and rushed to hospital in a stable condition

The NYPD – which has released both surveillance and bodycam footage from the attack – say the episode was both unprovoked and pre-planned.

‘This was not a chance encounter—it was a planned assassination attempt on an NYPD police officer,’ the department wrote on Twitter.

‘It’s only by sheer luck that this didn’t have a drastically different outcome.’

All three injured officers were hospitalized in a stable condition. 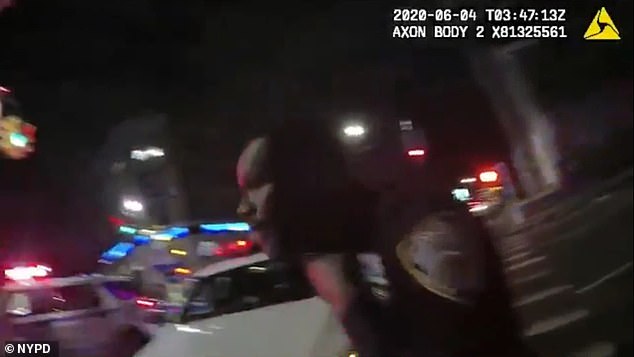