This is the horrifying moment a pedestrian in China was struck on the head by a barbell weight as she walked past a high-rise building.

The heavy disc was accidentally dropped by a woman who was cleaning her home in the tower block, according to police.

The victim, identified as 36-year-old Li, was hospitalised and sustained non-life-threatening injuries.

CCTV footage shows the victim, 36-year-old Li, being hit by the falling weight in China 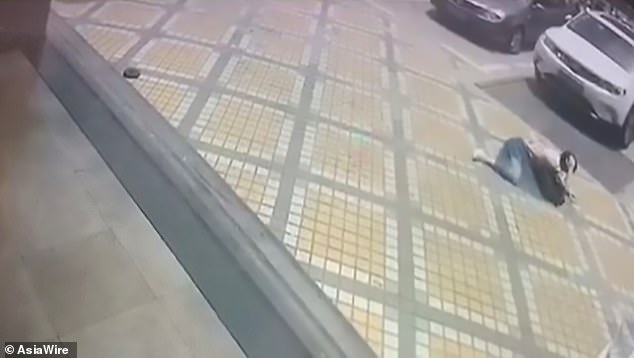 The accident took place at noon on Saturday in the Nanshan District of Shenzhen, southern China.

The woman was said to be walking past an entrance to a subway station with two companions when she was hit by the object. 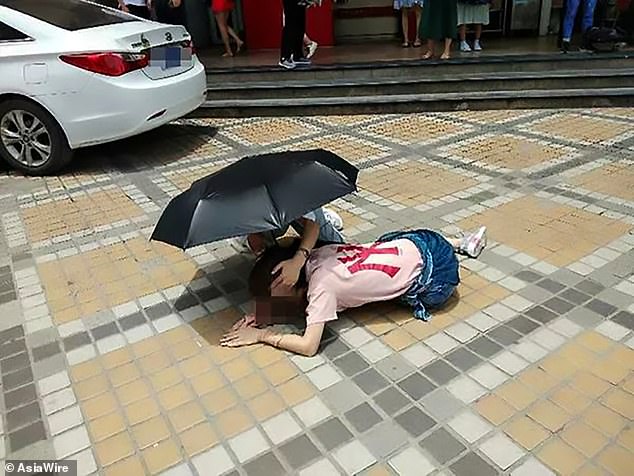 The woman was said to be walking past an entrance to a subway station with two companions. One of her companions is seen trying to check on the victim’s injuries after the accident 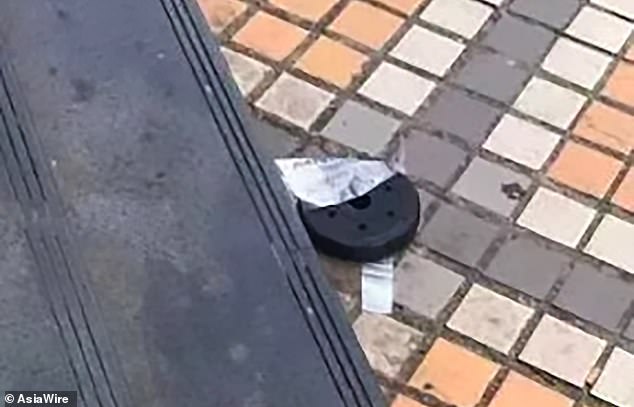 The barbell weight fell when a woman was cleaning her high-rise home, according to police

She is seen rubbing her head while sprawling on the ground before her companions approached to check on her.

Li sustained serious bleeding and was given first aid by medics from a nearby clinic who were notified of the accident by a passerby, reported People’s Daily.

She was then taken to the hospital by an ambulance.

Upon preliminary investigation, police discovered that the weight had been dropped by a 32-year-old woman, Wang, who was cleaning her home.

Police did not explain which floor Wang’s flat is on.

The case is under further investigation. 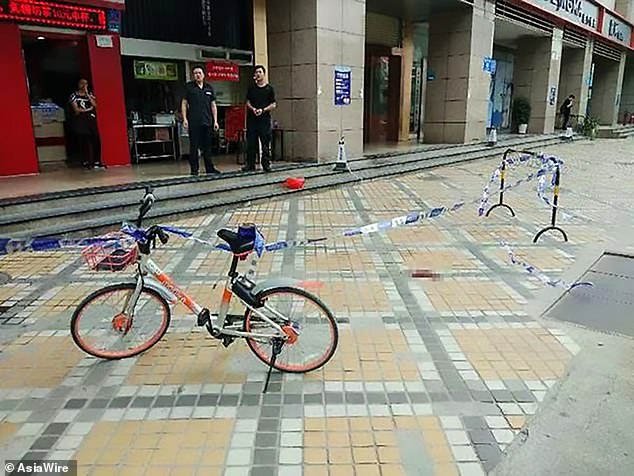