Surveillance footage from before dawn on Thursday shows two men using a red Target shopping cart to roll a red carpet wrapped around the body of a man who New York police say was fatally shot.

The two men were transporting the body down the sidewalk toward West 145th Street and Bradhurst Avenue in the Harlem section of Manhattan just after 2:30am on Thursday.

One man is seen pushing the cart while the other is walking backward as he appeared to grab one end of the body. 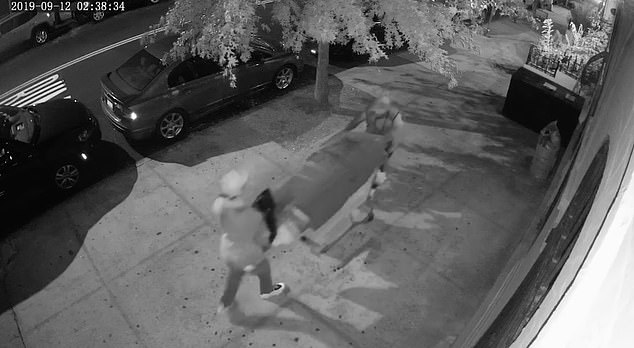 The two men used a Target shopping cart to transport the body, which appeared wrapped in a red carpet 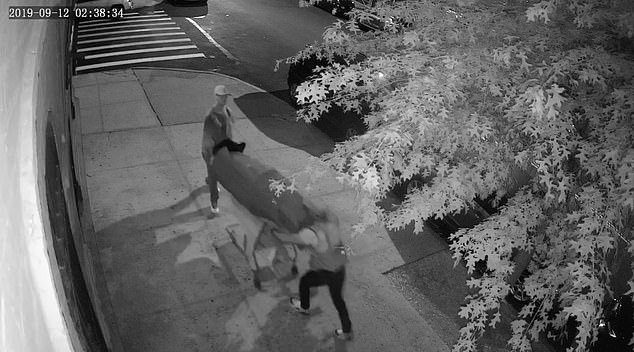 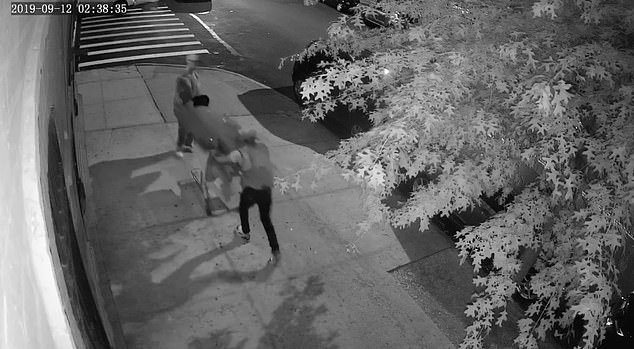 Police said on Friday that the victim suffered a fatal gunshot wound, though no arrests have been made

At one point, the surveillance footage shows a passerby on a bicycle riding a few feet away past the two men.

The bicyclist does not stop.

A few hours later, another passerby on foot was on his way to a local gym when he noticed two feet with socks protruding from the red carpet near a local Starbucks.

‘I saw two feet — what appeared to be feet, they had socks on them — hanging out of a trash bag,’ Israel Savage, 39, told the New York Daily News on Friday. 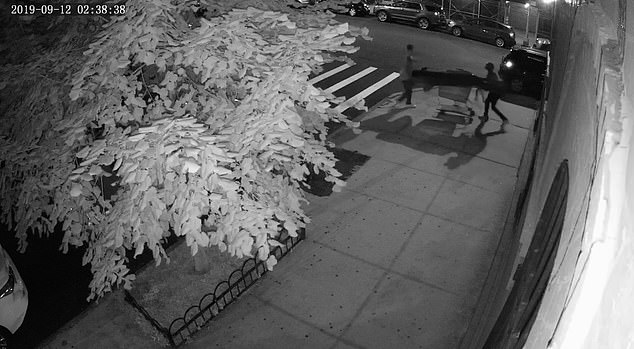 At one point, a passerby on a bicycle rides by the two men as they wheeled the body in public 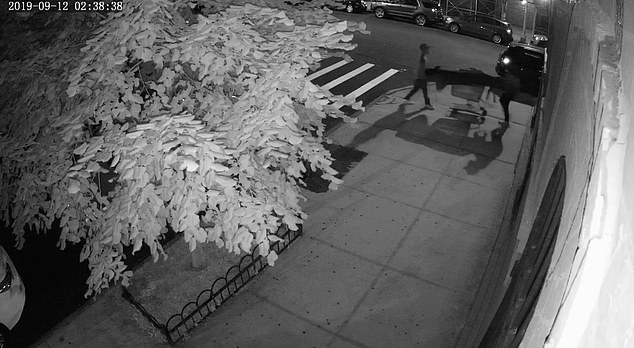 ‘There were multiple trash bags around this package, some cardboard and a carpet. And it was all taped.

‘It was heavy, so that made me suspicious that maybe it’s not a mannequin.’

Police said that the coroner determined that the man suffered at least one gunshot wound to the upper body. 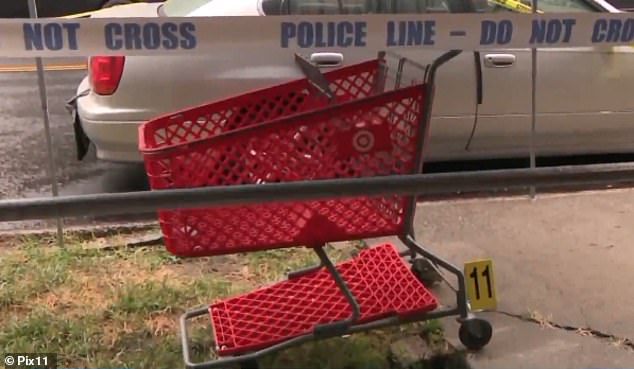 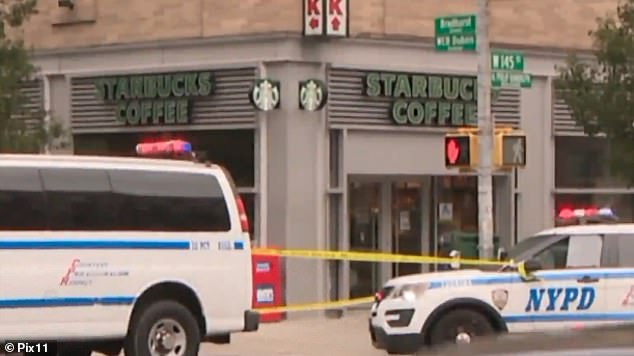 The body was found at around 5:30am outside a Starbucks on the corner of West 145th Street and Bradhurst Avenue in Harlem

Cops discovered the body at 5:30am.

The victim has yet to be identified and no arrests have been made as of Friday morning.

Any with information that may help the investigation can call Crime Stoppers anonymously at (800) 577-TIPS.