By Joseph Michalitsianos For Dailymail.Com

A shocking video filmed on a airplane shows a woman berating and cursing at airline staff when she was asked by a flight attendant to take her dog off her lap.

The woman was seen throwing a water bottle at another passenger during her tirade, believed to have taken place on Wednesday.

The video, which was posted to Reddit and is now going viral, begins with a staff member on board the Delta Airlines flight from Atlanta to JFK asking the woman to leave the plane as she asks for a reason.

When the employee insists she follow him off the plane, she appears to lose her temper and says ‘oh no, honey we’re about to fight then.’

The woman is told by the flight attendant that her ticket will be refunded as she argues against disembarking.

She becomes increasingly riled up by the situation and eventually exclaims ‘f**k you! F**k all of you!’ as she packs her belongings.

The Delta Airlines passenger exhibited increasingly unhinged behavior as she is told to disembark, and eventually throws a water bottle at another passenger 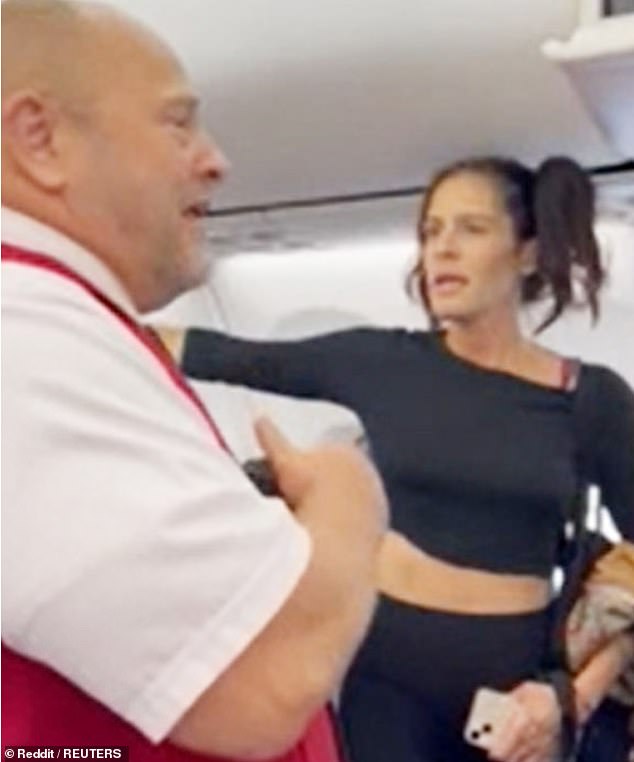 The woman then spars with a flight attendant who asks her to leave the plane, and she repeatedly insults him and shouts obscenities as she packs her things

A passenger near the back of the plane then shouts ‘get off the plane,’ and the woman responds by screaming at him and throwing her water bottle at him while she screams ‘turn your f*****g phone off!’

Another flight attendant then walks over and tells her ‘you just struck a passenger with a bottle’ to which she replies ‘Oh ok, f**k you.’

She explains she threw the water bottle at the ‘guy who’s recording me with his f*****g cellphone’ when the attendant asks who she struck with the bottle.

When the attendant asks her to calm down, she takes aim at him and declares ‘you guys have been nothing but f*****g rude.’

She then repeats that she’s followed the rules, but the flight attendant responds ‘but look at the way you’re acting. Nobody acting this way flies on a flight with us.’

Security then appears to enter the aircraft and ask if she struck anyone with the bottle, and the flight attendant points out the passenger. 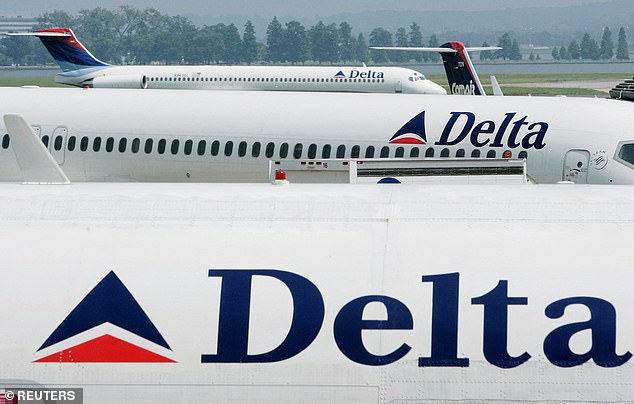 When she asks why the passengers are recording her, the attendant responds ‘that’s their right,’ and explains that while its her right to ask them to stop, she can’t throw a water bottle at them like she did.

An Atlanta Police Department spokesperson revealed no arrest was made as all parties declined to press charges.

Delta Airlines made a statement about the incident that said ‘Delta has zero tolerance for this kind of behavior on our aircraft and in our airports.’

‘Nothing is more important than the safety and security of our people and customers,’ the statement continued.