Shocking response of TGI Friday boss to diner in Norwich

A disgusted mother-of-one has claimed she and her heavily pregnant sister were told to ‘f*** off’ by bosses at TGI Friday after complaining about their food at her baby shower party.

Alisha Taylor, 21, a full-time mother, had planned a surprise baby shower for her elder sibling Laura, 26, at the TGI Friday in Norwich yesterday lunchtime.

But when she complained about their substandard meals she claimed her sister was shouted at and sworn at by the restaurant manager.

After leaving the restaurant without paying, she said another TGI manager then called her last night and threatened to call the police if she didn’t return today to settle her bill.

Alisha Taylor, 21, (right) a full-time mother, had planned a surprise baby shower for her elder sibling Laura, 26, (left) at the TGI Friday in Norwich yesterday lunchtime but she said their meal was ruined by the substandard food and response from the restaurant’s bosses 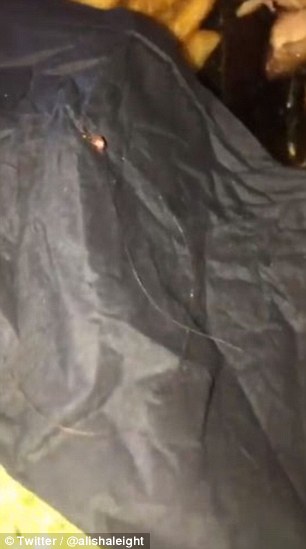 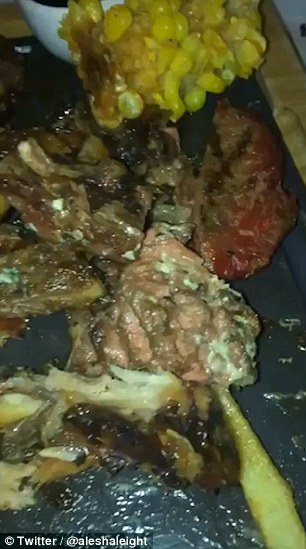 Speaking to MailOnline Miss Taylor said: ‘There were probably around 15 of us [at the baby shower] and once we ordered our food, it arrived very quickly.

‘I ordered the steak chicken and shrimp grill but swapped the shrimp for JD chicken strips, while my sister had a full rack of JD pork ribs.

‘I complained about my steak as it was lumpy and hard but when the manager came over he said ‘there’s how the steak is cooked here’ and told me I should have chosen something else. I couldn’t eat most of it because it was so hard.

‘My sister then found a hair in her food.

‘When we complained to the manager he said he wasn’t going to do anything about it.

‘After being in the restaurant for about 90 minutes, another manager came over and my sister asked him to leave us alone…but he told her to “shut the f*** up” and said he would “f***ing kick her out”. 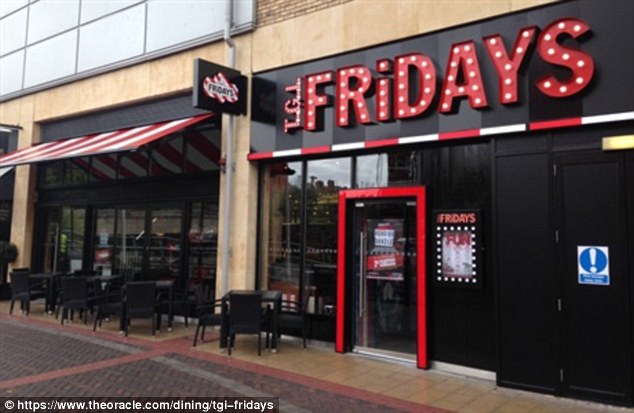 ‘I said that was awful and I wasn’t having it and I wasn’t paying for the food as it was such bad quality. A few of the party paid for their food, but I didn’t.’

After spending almost two hours in TGI Friday, the group left the restaurant.

‘My sister was in bits about it’, Miss Taylor said. ‘She was shouted at and sworn at…I was shocked and surprised by what had happened.

‘Everyone was gutted. My sister’s baby shower was ruined.’ 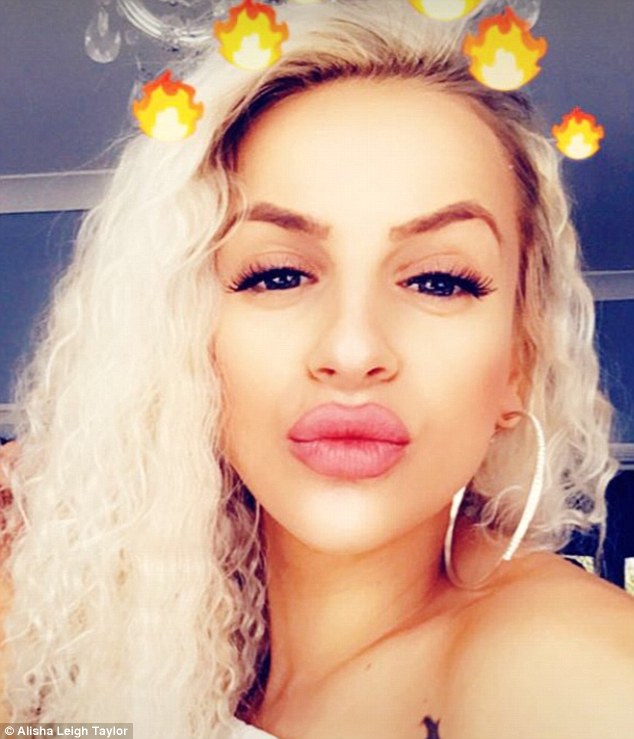 Miss Taylor, who worked at the TGI in Norwich from August 2014 to June 2016, said she was then contacted by another manager by telephone.

She said: ‘I thought he was going to speak to me as one adult to another but he was shouting “who do you think you are?”

‘He said I was s*** as a guest and s*** as an employee. Whether I’m an ex employee or not doesn’t make a difference…I had no animosity to anyone there at all, I respected them as people. I didn’t choose to go myself but another girl had picked it and to be fair they’re normally good for that sort of thing. 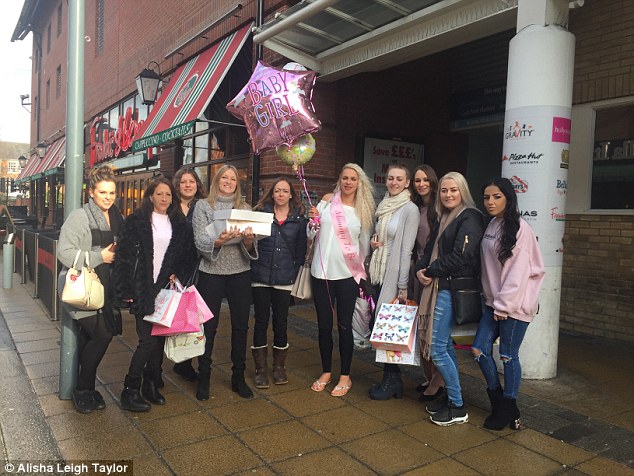 ‘He then messaged me on Facebook as well, which I thought was unprofessional.

‘He said he would call the police if I didn’t come back to the restaurant at 4pm today to pay for my meal.

‘That phone call was the last contact I had with them. Their head office know why I didn’t pay…I didn’t even eat my meal because it was such poor quality and they said they are looking into it.’

She added: ‘I am absolutely disgusted and just appalled my sister, who is due in five weeks, was shouted at and threatened with being kicked out.’

A spokesman for TGI Friday told MailOnline: ‘We’re looking into this as a matter of urgency.’ 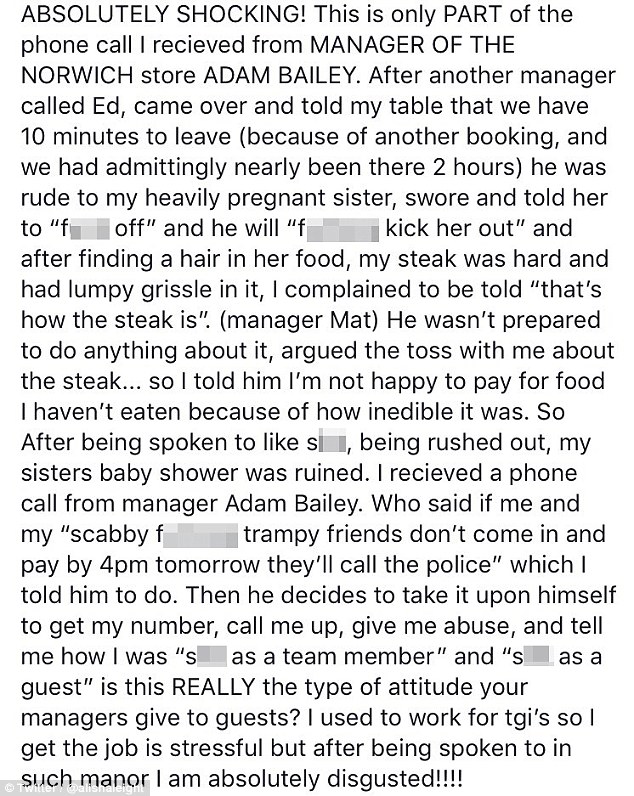