‘Shopaholic’ PA who took £850,000 from her property firm boss is ordered to pay back just £1 after spending all the money on handbags and holidays

A ‘shopaholic’ personal assistant who took £850,000 from her property investor boss to pay for designer handbags and luxury holidays was ordered to pay back just £1 today.

Carter took a total of £859,310 while she was working as a PA for Mr Gale at the firm’s offices as the only employee of the small business, going on to spend thousands on designer Mulberry handbags and lavish holidays to Australia and Dubai.

She was charged in 2016 and originally declined to comment before appearing at the police station months later wearing an Alexander McQueen scarf and admitting the fraud.

Carter admitted fraud at Southwark Crown Court in September 2017 and was jailed for four years.

Gareth Munday, prosecuting, said: ‘The matter is listed for a confiscation.

‘Given the lifestyle the defendant was living before she was aware of these proceedings we accept that she must have spent a great deal of money.

‘She has no assets and we do not seek to draw blood from a stone.’

‘Her relatable assets are in the sum of one pound.

‘She has one day to pay and will serve one day in prison as a default which will be considered already served. 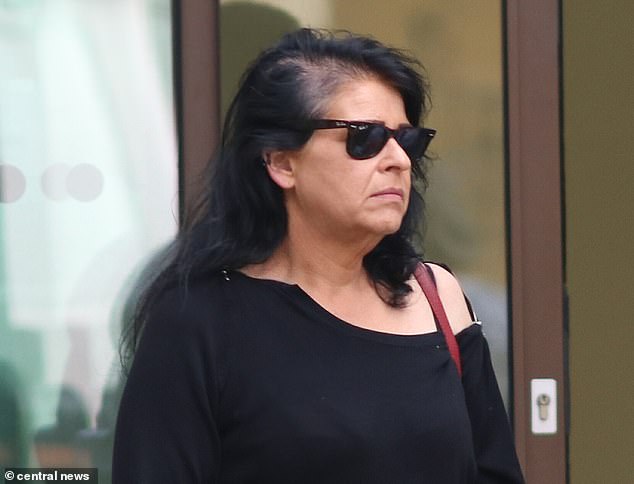 ‘I shall not require the actual production of a pound coin.’

The company fell into difficulties during the global financial crash in 2014 and Mr Gale and Mr Marks opted to sell off their property portfolio and shut down the company which they had poured their own money into.

The fraud was discovered after Ealing Council informed Mr Gale he owed them £62,000 which Carter was meant to have paid.

Carter’s boss and his daughter discovered she had diverted the money through three different bank accounts before putting it into her own.

Sentencing Carter in 2017 Judge Christopher Hehir told her: ‘You had a decent salary, as high as £29,000 when you were working full-time, and it is clear to me from what I have been told that Mr Marks and Mr Gale did their best to help you and to help your problems and you repaid them by abusing their trust in the most flagrant way by diverting over £800,000 of the company’s money into your own accounts.’

Carter, of Claydon, Ipswich, Suffolk, had admitted fraud by abuse of position.