A Woolworths shopper has slammed the supermarket’s new digital price tags saying they are hard to read.

In a tweet, the customer posted a photo of the labels with hard-to-read writing placed at the back of one of the dairy fridges.

Woolworths was forced to respond to the Queensland shopper’s gripe saying they are taking customer’s feedback amid the roll out of the new electronic displays.

A Queensland shopper has taken a swipe at the digital price tags at his local Woolworths store he says make it impossible to read the ‘essential information’ (pictured: the new display)

‘Can’t read the essential information in this display at Nundah store,’ the man wrote in the tweet.

The image shows a row of the tags with tiny fonts and some of them with two labels on one small screen that many shoppers would have to squint to read.

Woolworths responded to the man’s concern on Twitter asking for the specific store name so feedback can be shared with the management team, however he is yet to reply.

In a statement, a Woolies spokesperson said the supermarket giant is keen to hear customers’ comments on the displays which it began trialling in select stores last year.

‘These electronic labels are designed to reduce paper, update the latest prices and specials in real time and reduce manual ticketing to allow our team to focus on serving customers and replenishing shelves,’ they told FEMAIL.

‘We’ll continue to gather more feedback over the coming months.’

The customer was shopping at the Kyneton store in Victoria at around 5:30pm when they saw a sign notifying customers the deli was closed due to ‘unforeseen circumstances’ and said in tweet the closure was a weekly occurrence.

Woolworths responded to the man’s concerns explaining the regional Victorian store has been short staffed and are ‘working proficiently’ to recruit new team members.

‘Due to unforeseen circumstances the deli is shut. We apologies for any inconvenience,’ the sign on the deli read as the displays were covered in black plastic. 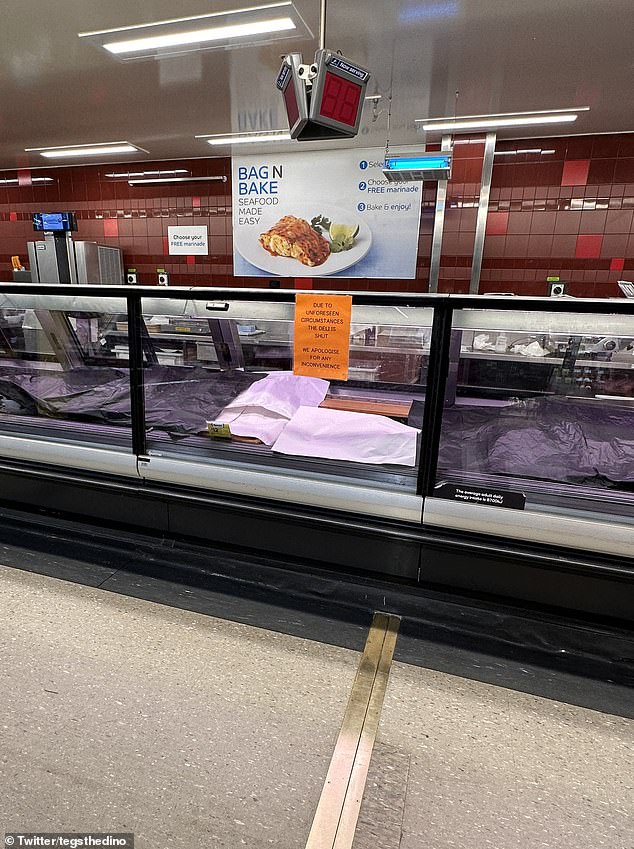 A Woolworths shopper, from Kyneton, Victoria has shared their frustration after noticing a sign telling customers the deli counter was closed adding the closure was a weekly occurrence

‘Is quite a regular occurrence actually, at least once a week. When are you guys going to sort your s*** out?’ the dad wrote.

A Woolworths Supermarket spokesperson told FEMAIL due to recent staff shortages, the team has had to close the deli in the Kyneton store early on a few occasions.

‘We apologise for any inconvenience this may have caused our customers and we have passed this feedback onto our store operations team,’ they said.

‘In the event that the deli counter is closed, customers can still purchase similar products, such as chicken breast fillets and salmon, within our packed Fresh Convenience range located in-store.’ 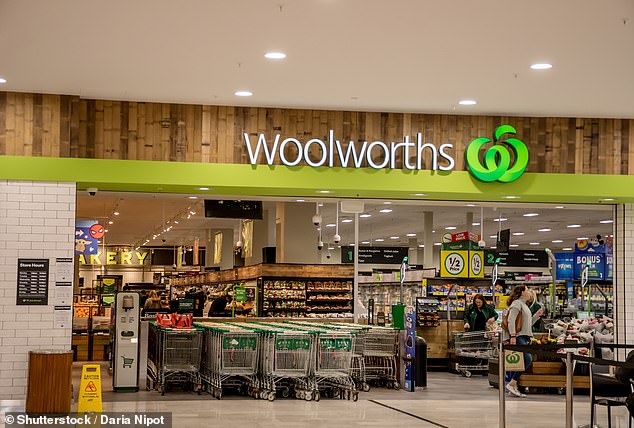 The supermarket giant responded saying the Kyneton store closures are due to staff shortages: ‘As a result, they’ve been incredibly stretched over multiple areas of the store’

On Twitter, a Woolies spokesperson told the shopper the store has had ‘a substantial amount of team members leave the business due to alternate careers and relocation’.

‘As a result, they’ve been incredibly stretched over multiple areas of the store, particularly Fresh Service, as well as struggling to manage coverage for the department.’

The country town is an hour north of Melbourne and the next Woolworths location is 40 minute away making it challenging to redeploy staff from other stores in the event of staff absenteeism.

Deli counter workers also have to adhere to strict food safety rules and undergo training to work in that area of the store.