Style on a shoestring! Shoppers are going wild for this versatile Kmart dress – and it will only set you back $25

An Australian influencer has prompted a surge in demand for a $25 Kmart midi-dress by posting a series of shots in the budget buy on social media.

Sydney-based fashion blogger Tina Abeysekara – also known as Trash to Treasured –  shared the photos with her 81,600 Instagram followers in a bid to show that style doesn’t always have to cost serious cash.

The post quickly racked up almost 3,000 likes and dozens of comments from impressed fans who praised her ability to spot a chic bargain.

And now the dress is flying off the shelves at Kmart, where shoppers are praising its versatile style.

Ms Abeysekara said she loved wearing the pink snakeskin dress and called the fabric ‘super light and floaty’ thanks to its elastic waistband.

She recommended choosing one size smaller than usual because of the generous fit.

Fans were quick to gush over the look, with one woman branding the dress ‘a steal’. 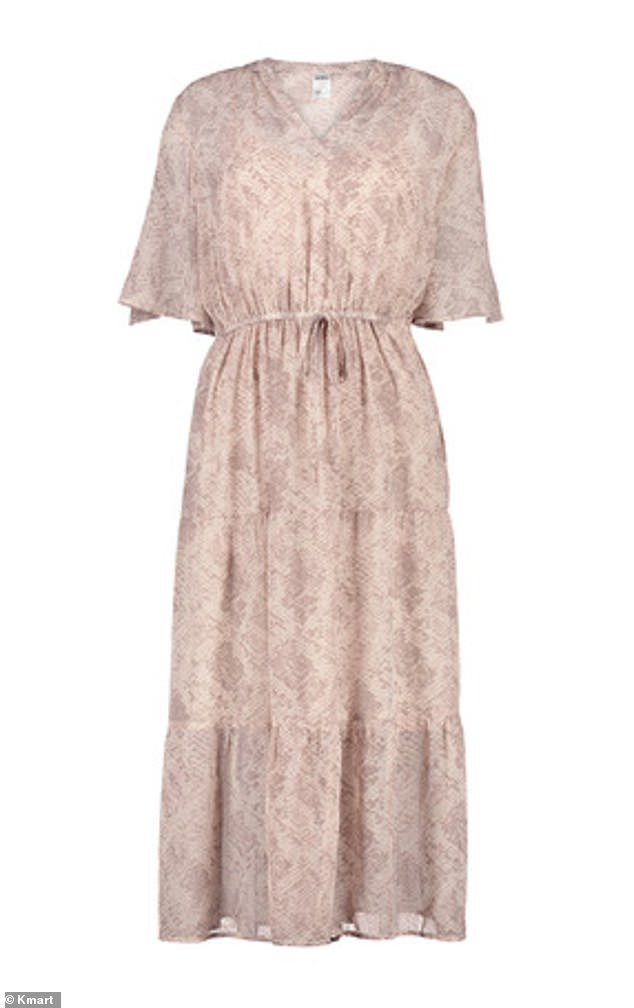 ‘I need this! I’m obsessed with Kmart dresses at the moment,’ another added.

One person joked that they loved the dress but would only wear it if they looked like Ms Abeysekara. 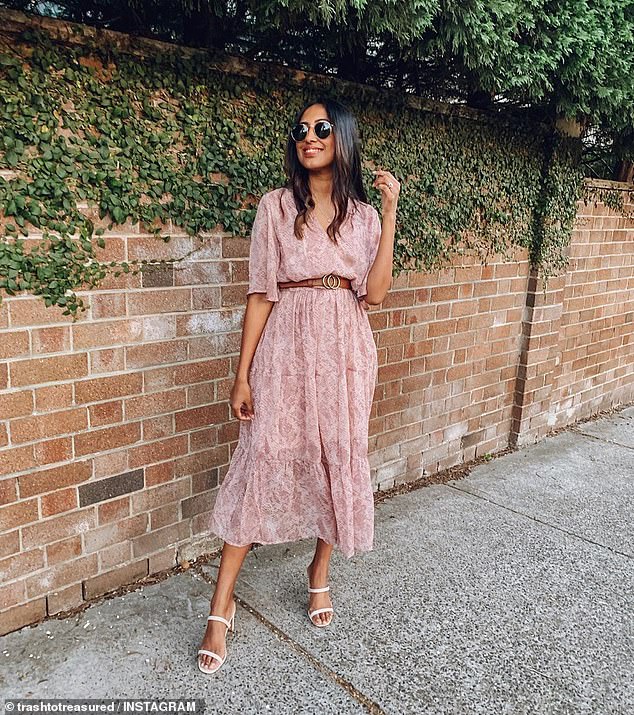 It’s not the first time her eye for bargain fashion has proved a hit with the Australian audience.

Last month, the frugal influencer posted a series of Instagram shots in the Kmart Longline blazer demonstrating its versatility by creating a variety of casual daytime, glamorous evening and office appropriate ensembles.