Shoreham disaster in pictures: How Hawker Hunter jet exploded into a fireball on the A27

Eleven men died in the 2015 Shoreham Airshow disaster, a tragedy that devastated the seaside town and marked the single biggest peacetime loss of life in the county of Sussex.

Shocking images captured the Hawker Hunter jet exploding into a fireball after it plunged from the skies and smashed onto the A27, a dual carriageway packed with cars on the sunny August afternoon.

Thousands flocked to the airshow every year, and that year was no different. Huge crowds watched the aerial displays, with many members of the crowd taking pictures, or filming the event on their cameras.

And they watched in horrifying disbelief as pilot Andy Hill’s doomed plane manourvered above them, performing a Derry roll in the bright blue sky, before it disappeared from view.

Seconds later, as footage of the crash filmed by a bystander showed, a huge orange ball of flame erupted into the air, the jet smashed into the ground at about 1.20pm.

It was what paramedics described as ‘utter devastation’ obliterating vehicles on the busy road and leaving survivors fleeing for their lives, many suffering with terrible burns.

It was in the minutes and hours that followed as the death toll from the disaster slowly rose, and the grim reality of what so many had witnessed became clear.

After Andy Hill was today found not guilty of manslaughter over the deaths, here we look at the photographs and video footage from that day, and the outpouring of grief that followed, and the scene was showered with thousands of floral tributes for the victims.

At the start of the show the Hawker Hunter, a plane which was a mainstay of Britain’s Royal Air Force in the 1950s and early 1960s, flew in front of the large crowd gathered at Shoreham on August 22, 2015 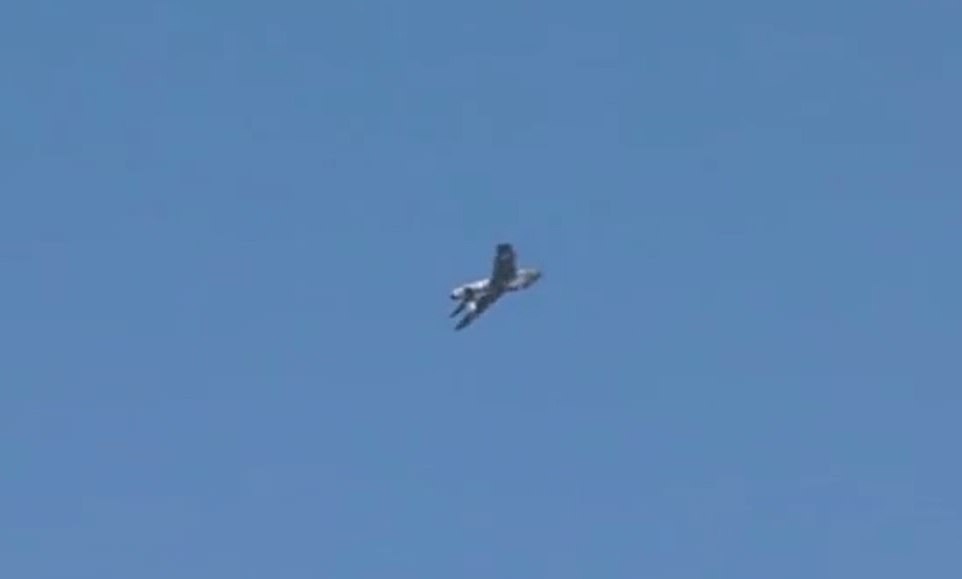 The aircraft gained altitude and banked up to the right of the crowd before rolling, going upside down and pulled around 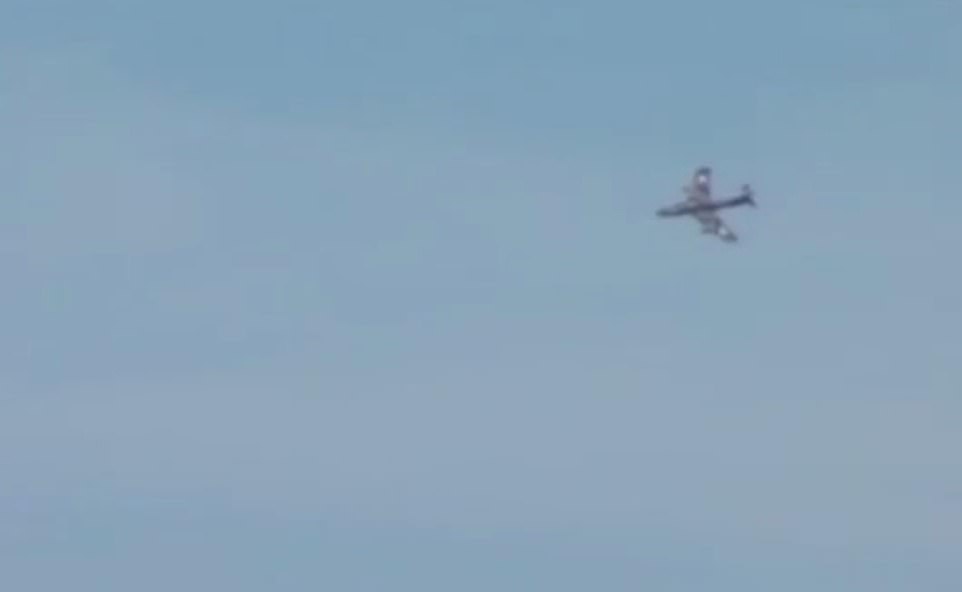 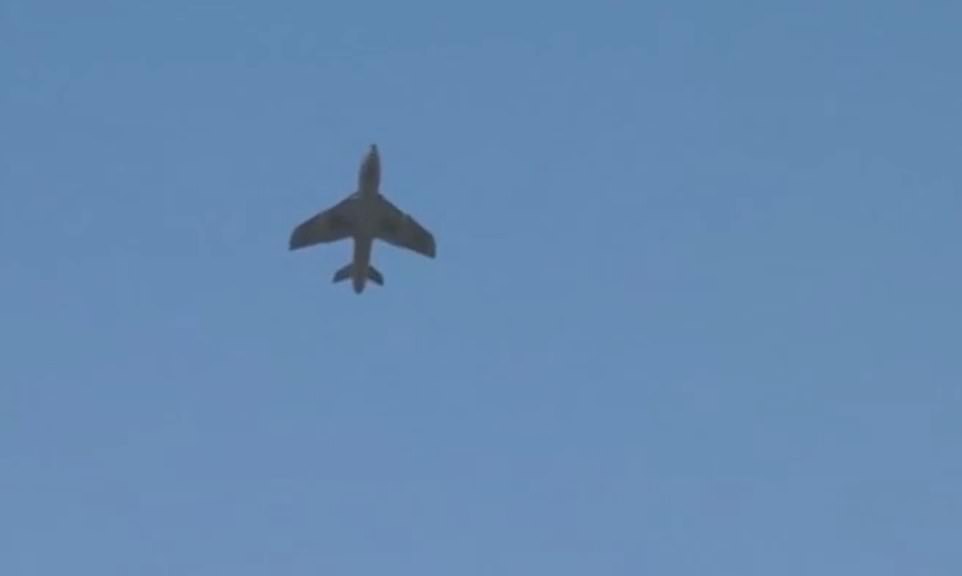 As it neared the crowd, the pilot  pulled up so that the aircraft soared into the sky in front of them, its undercarriage visible 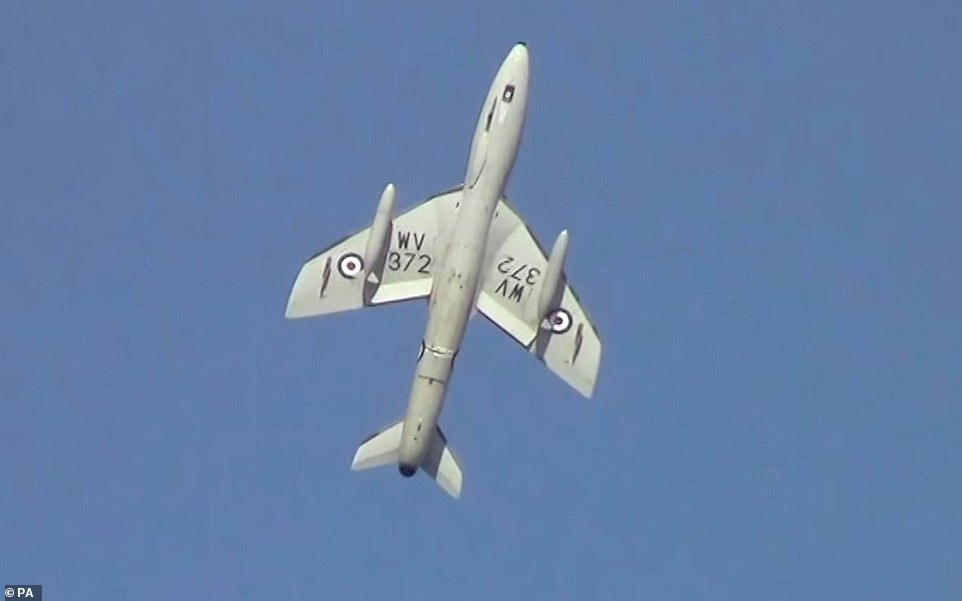 The crowd saw the underside of the jet clearly as it approached the apex of the loop, high above the A27 road 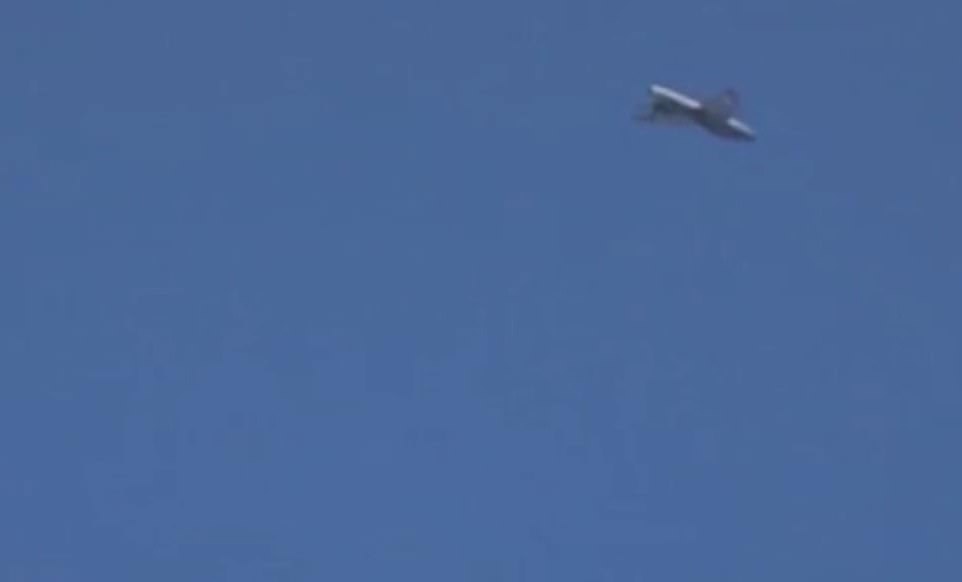 The plane goes over the top of the loop,. In 2017 a report by the Air Accidents Investigation Branch found the disaster was caused by pilot error after the plane was too slow and too low during a loop manoeuvre 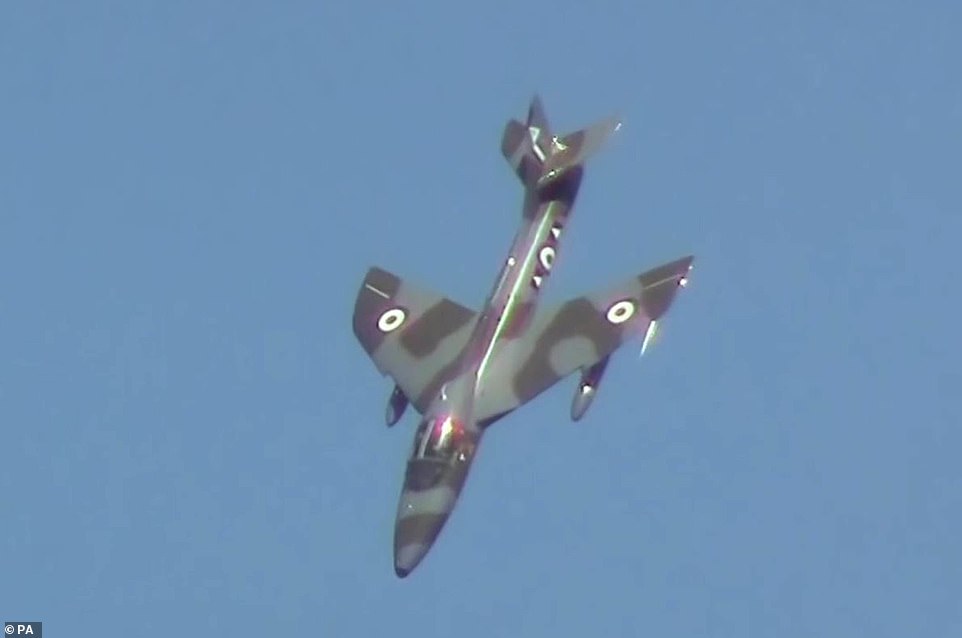 As it began to drop out of the loop, experts of the ground began to worry he was too low and did not have altitude to pull up 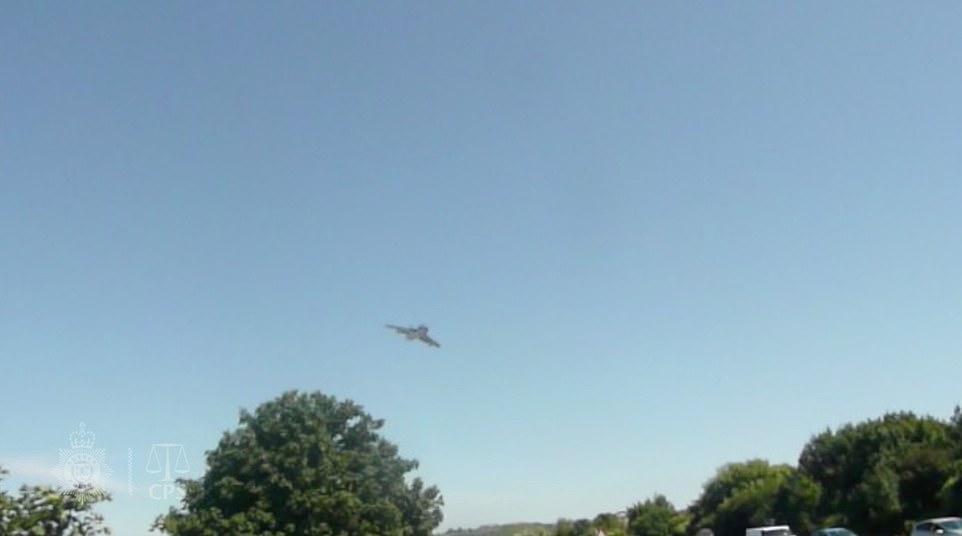 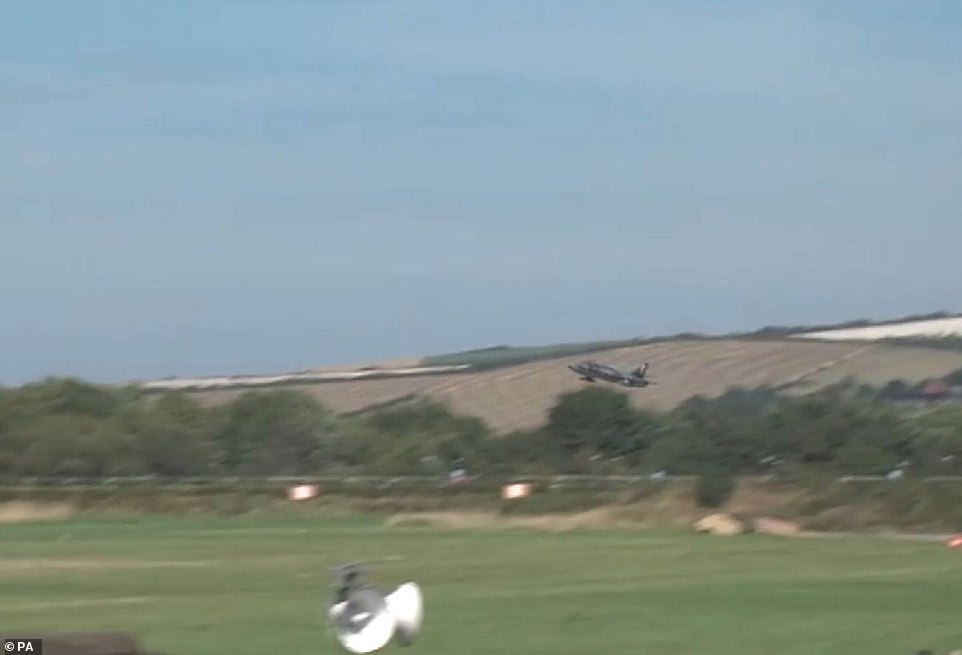 From the crowd’s perspective, the aircraft could be seen getting lower and lower at the far side of the airfield 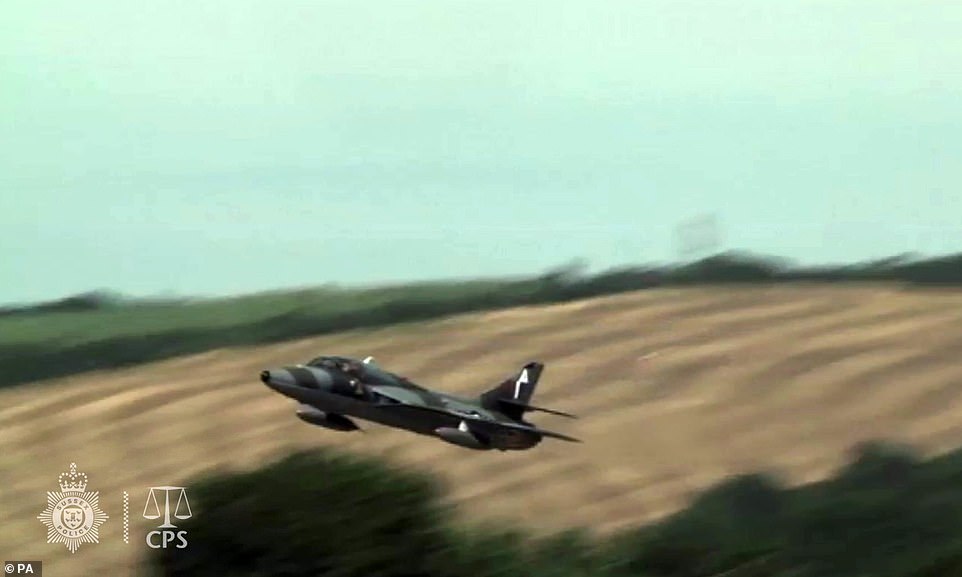 In its final moments, the pilot pulled the nose of the plane up, but the downward force was too great, taking it onto the road 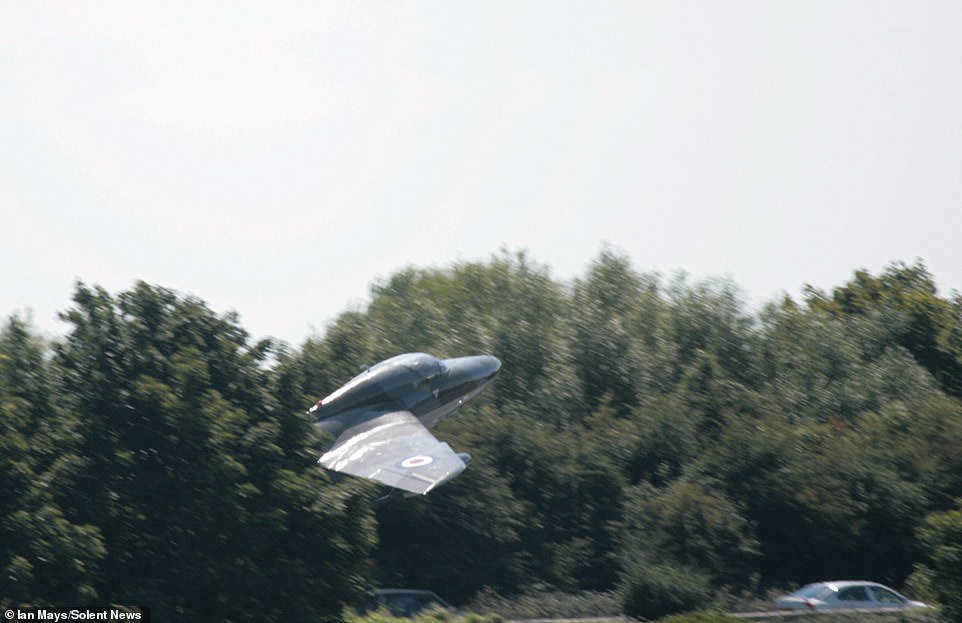 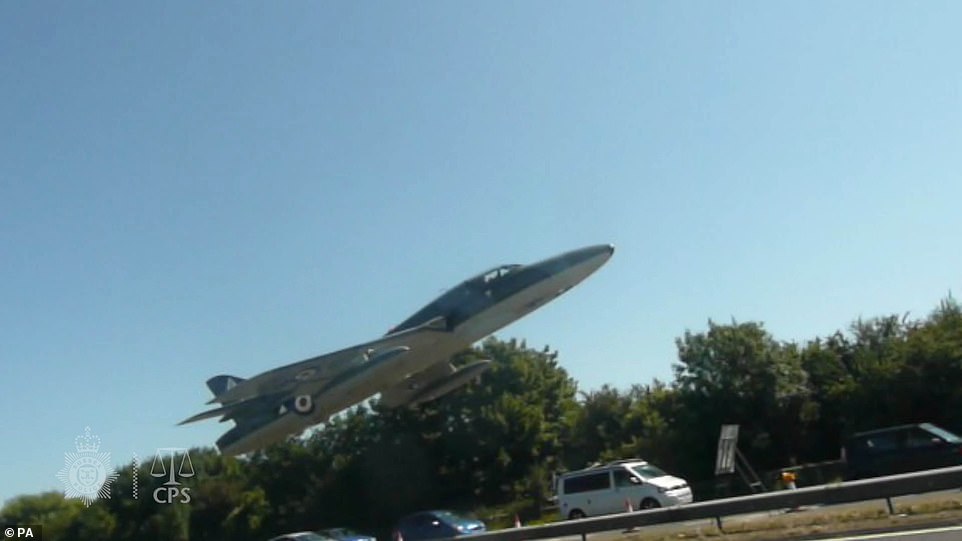 This final photo of the plane before the crash shows it just feet above the busy road. The nose is up but it is still falling 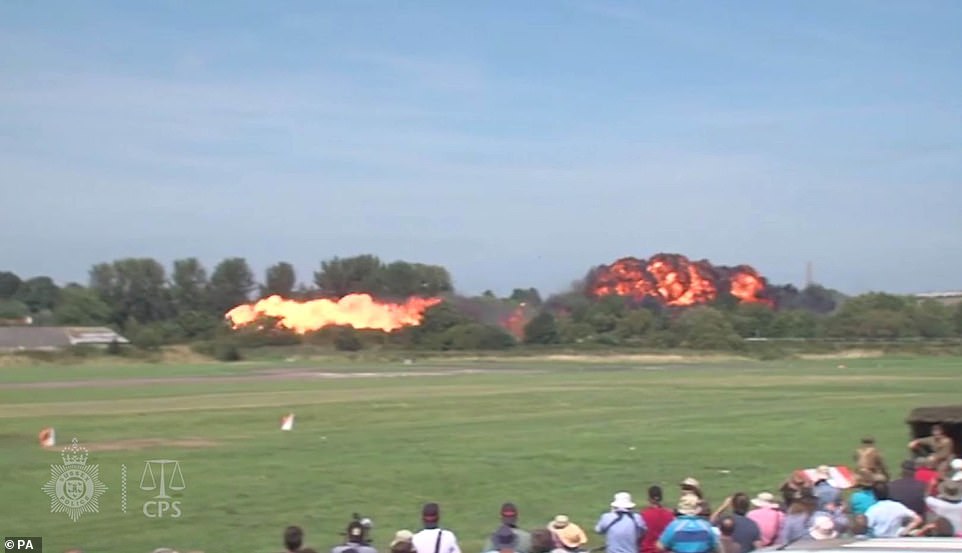 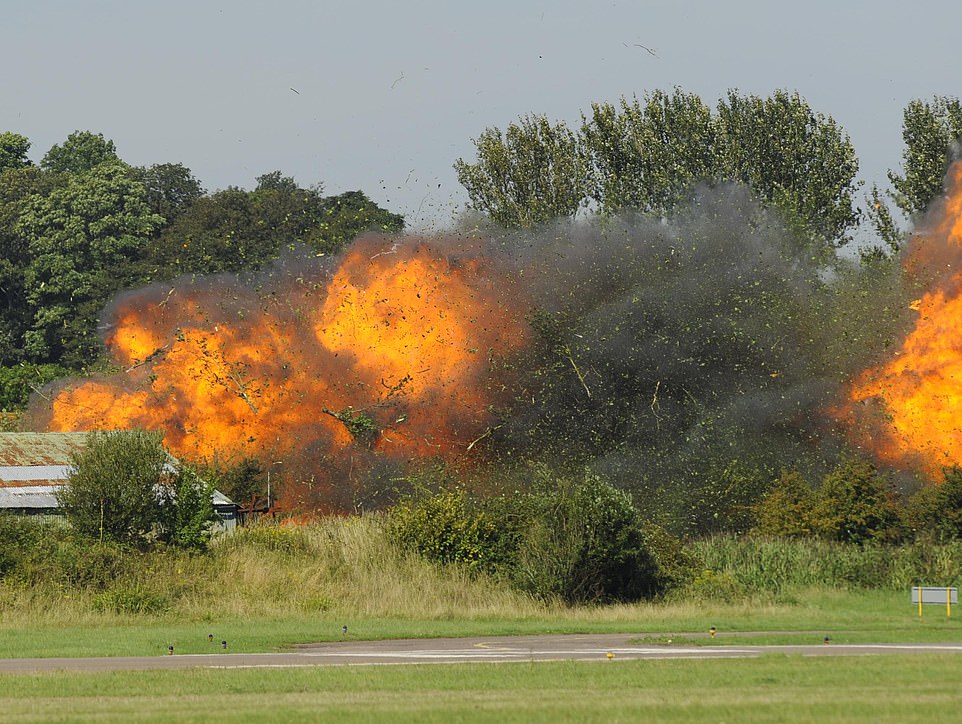 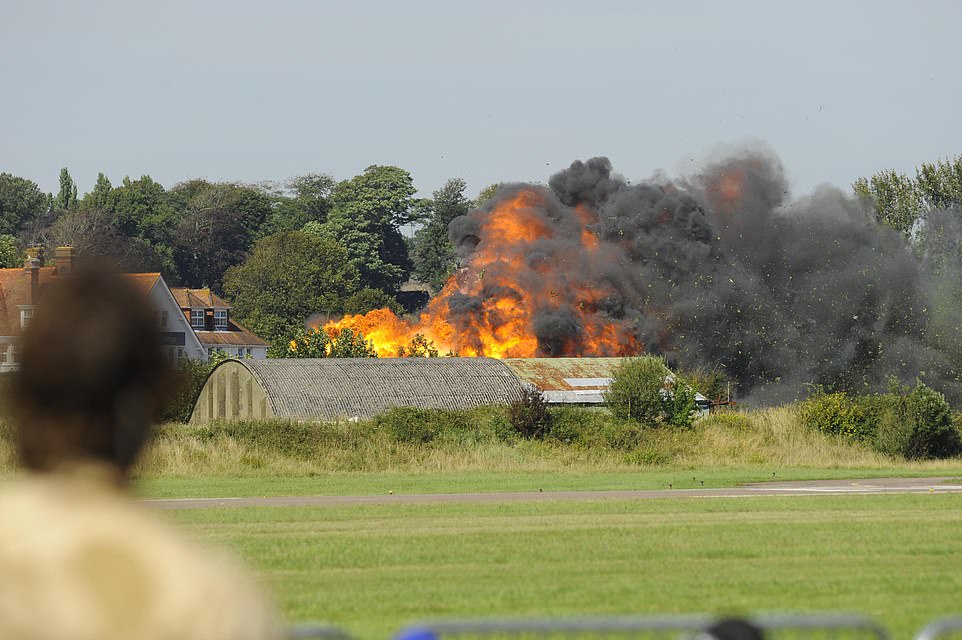 The plane burst into flames after it crashed into the busy A27 at the Shoreham airshow, splintering trees around the area 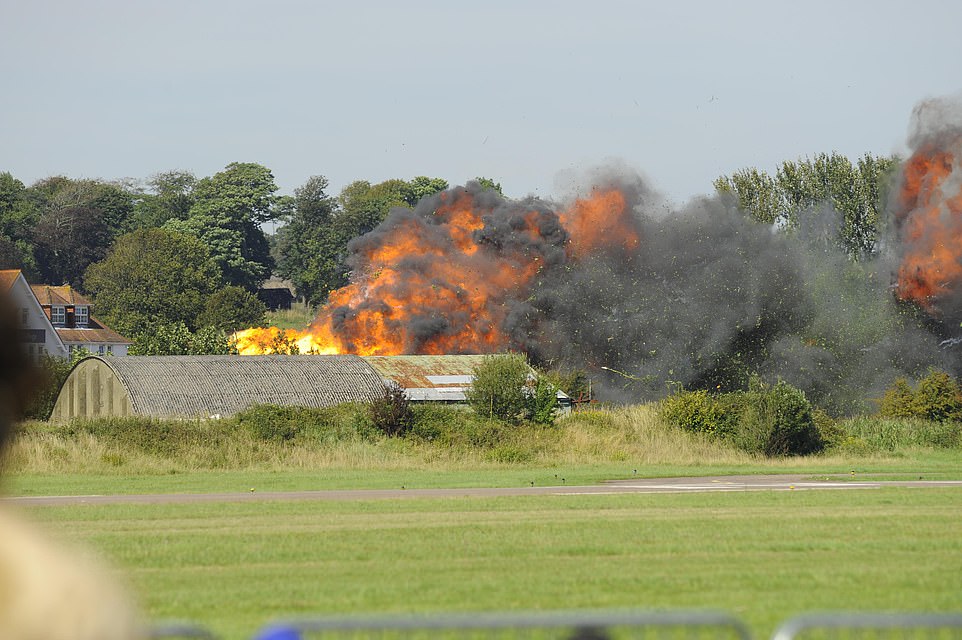 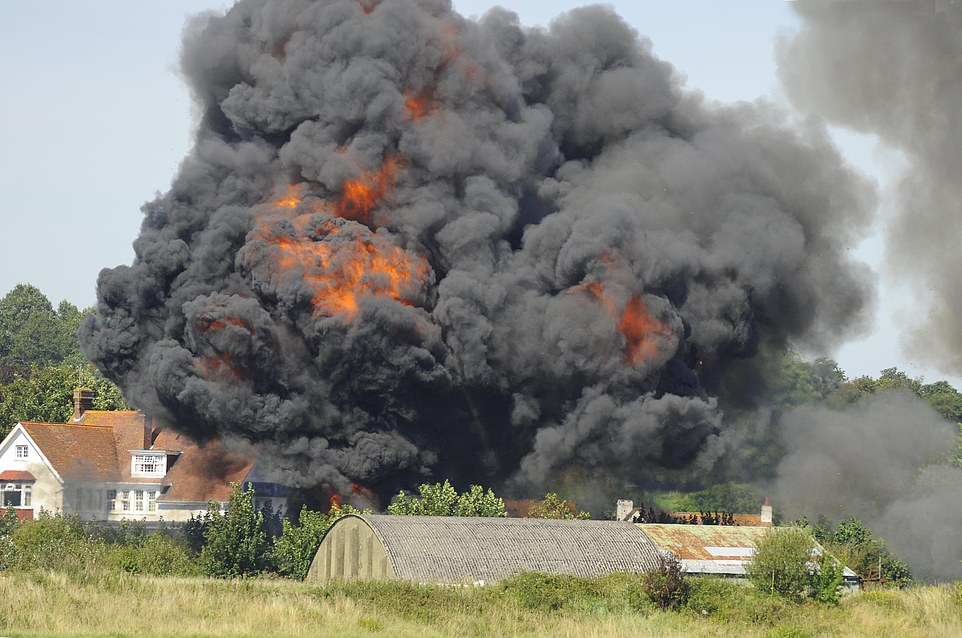 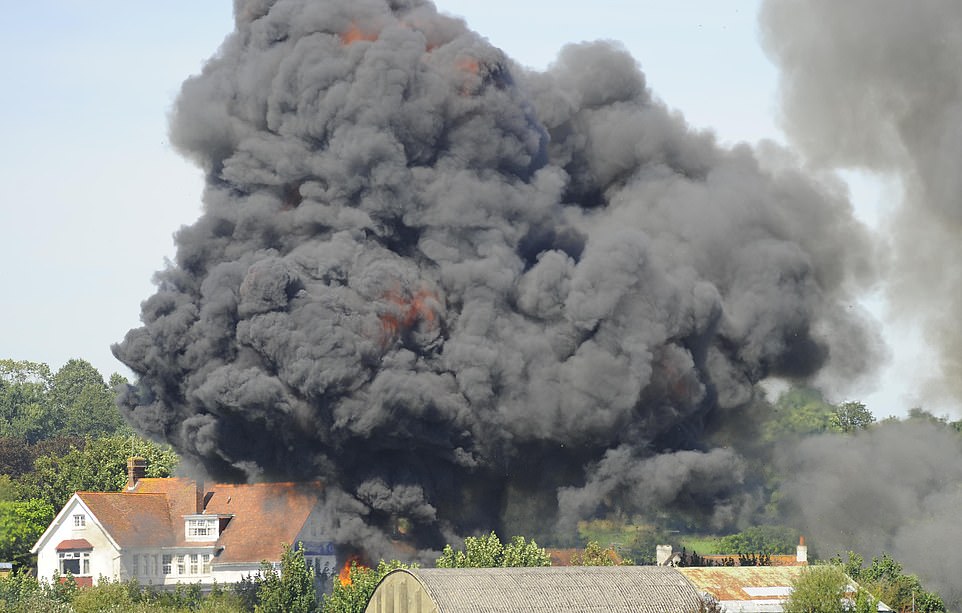 To the crowd’s horror, thick black smoke rose up from the road as the full scale of the crash began to dawn on those present 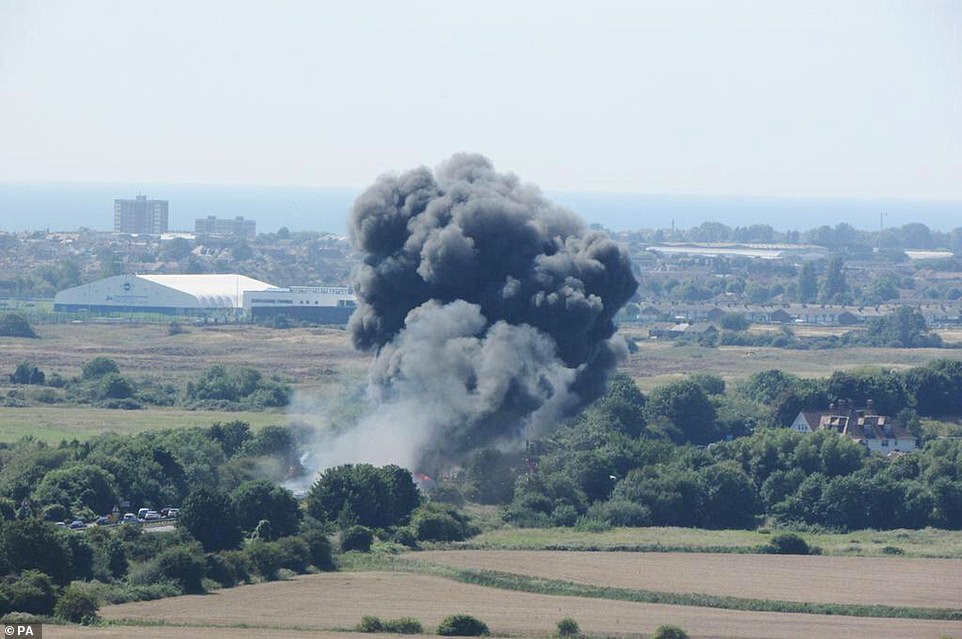 The smoke caused the fire quickly rose into the air, visible along the south coast on what was a clear summer’s day 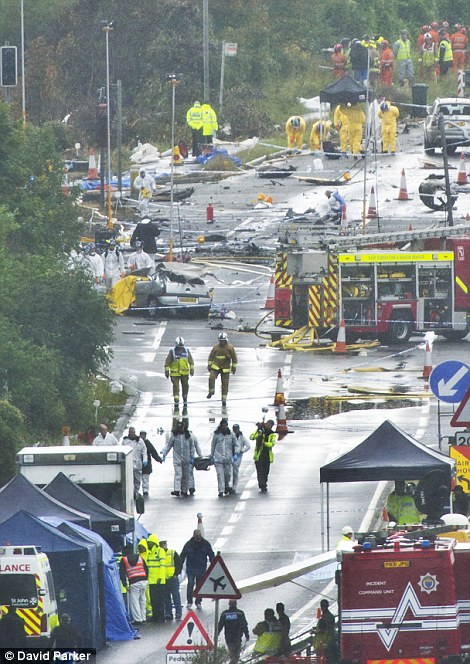 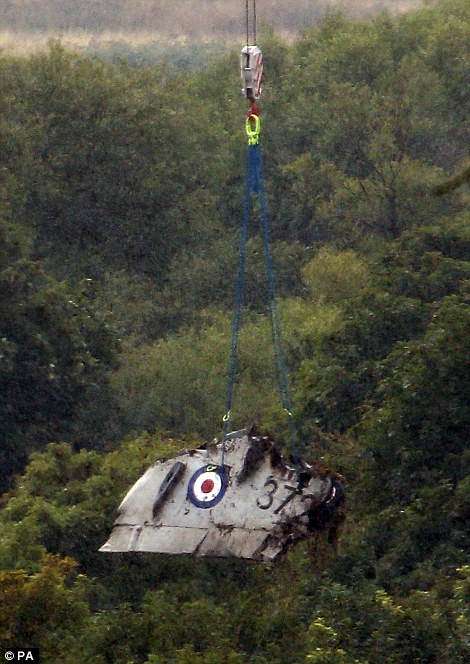 A huge clear up and investigation ensued. Part of the plane’s body was recovered from bushes at the roadside