Should a runny nose be added to the official Covid-19 symptom list?

Over the past 11 months, medics have noted a bewildering range of Covid symptoms, from stomach upsets, fatigue and headaches, to rashes on the body and inside the mouth, dubbed ‘Covid tongue’.

But three have remained consistent: a new, continuous cough, a high temperature, and a loss of smell or taste.

These are one we’ve been told to watch out for – and that we should isolate, and immediately book a test should be develop them.

A group of 140 GPs have written to Prof Chris Whitty asking that a runny nose should be included on the official list of symptoms as many Covid-19 patients are initially presenting with signs of a common cold, picture posed by model

Health experts have also been careful to point out that if you suffer a runny nose, it’s ‘highly unlikely’ to be the virus.

In September, Professor Tim Spector, an epidemiologist at King’s College London who has been involved in a major study tracking Covid symptoms, even said people shouldn’t ‘worry too much’ if they felt a cold coming on.

But this could be set to change. Last week, more than 140 GPs wrote to Chief Medical Officer Chris Whitty urging the Government to broaden the official Covid symptom list to include mild cold-like symptoms.

Many of them, such as Dr Alex Sohal, a GP in Tower Hamlets, London, and the lead writer of the letter, say they regularly review patients reporting these mild symptoms who are later diagnosed with Covid. Dr Sohal said: ‘We’re reviewing patients who mention cold-like symptoms, almost as an aside, and then a few days later they are diagnosed with Covid. Often they haven’t even considered that a runny nose might be Covid-19 and obviously haven’t self-isolated.

‘This is really worrying when you consider Covid is most infectious in its early days.’

Other doctors share similar stories. Dr Vicky Marchant, an Essex GP, said: ‘My experience includes patients whose first symptoms include runny nose and fatigue and only a few days later develop a cough, having potentially spread their virus around their contacts in the first few days of symptomatic infection.’ Worryingly, healthcare workers say many patients are unable to get a test because they do not have at least one of the ‘main symptoms’. As a result, GPs have been encouraging their patients to lie about their symptoms to get a swab. 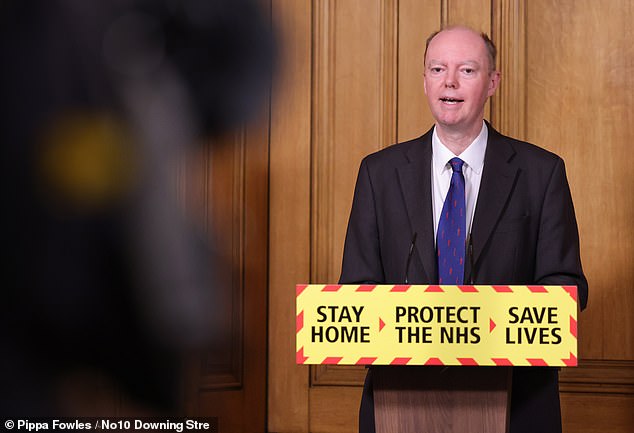 Maddie Shah, a nurse in Waltham Forest and Redbridge, said: ‘The majority of positive Covid cases that I have observed presented initially with headaches, some with runny nose and diarrhoea. People are having to lie to get a test.’

The GPs also point to the fact that the World Health Organisation already includes common cold symptoms as part of its Covid symptoms. Virus experts agree that the Government’s Covid symptoms need updating.

Prof Lawrence Young, a virologist at the University of Warwick, said: ‘Coming up with a common set of symptoms for a virus is difficult. But for one mutating this rapidly, it’s really challenging.’

Previously, researchers at King’s College London who developed the Covid Symptom Study, an app which surveys symptoms in more than four million worldwide users, had ruled out a runny nose as a symptom of Covid. Since the summer, data from the Covid Symptom Study, led by Prof Spector, has shown a mismatch between the official ‘main’ symptoms and the experiences of Covid sufferers. According to the app, fatigue and headaches are more common than a cough, fever or loss of smell. And at the end of January Prof Spector published a study that suggested that a high temperature may not even be a reliable indicator of Covid in the elderly. ‘If you followed this advice you’d be missing half of the infections,’ he said. With new mutations of Covid emerging, it’s possible minor cold-like symptoms could become more common. Last week, data from the Office for National Statistics showed people who had been infected with the Kent variant were more likely to suffer from a mild cough, sore throat, tiredness and headache than those who caught the virus at the start of the pandemic.

Prof Young said: ‘We’re seeing in real time the virus adapting to our bodies. It’s possible that it’s becoming more infectious but milder. We could see an increase in cold-like symptoms, which are very different from the ones presented at the beginning of the pandemic.’

Doctors also argue patients should be extra-suspicious if they develop a runny nose because common cold infections are at an all-time low. In December, there was roughly one reported case of the common cold for every 100,000 people, according to the Royal College of GPs – roughly 27 times lower than the average rate. This data is limited by the fact that far fewer people will have reported their cold in the middle of a pandemic, but this is still a staggeringly small number. 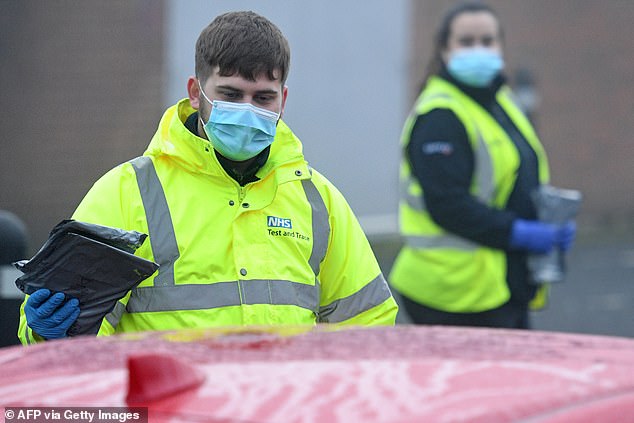 The government has increased the number of people being tested for Covid-19, such as this centre in Walsall to try and find people with the virus who are not showing any symptoms

Dr Sohal said: ‘Flu and colds are way down this year. We’re not suggesting that every runny nose is Covid, but there’s a possibility.’

One Essex secondary school teacher, who asked to remain anonymous, said he tested positive for Covid in mid-December but went to school for three days before getting a test because his only symptom was a runny nose.

He said: ‘I didn’t think anything of it because my symptoms didn’t match the guidance.’

It was only when he took part in a local community testing initiative that was set up to tackle rising rates in Essex that he found out he had Covid. By then, he believes the damage had been done. ‘By the time I had my test I’d already spent several days teaching.’

Dr Sohal says that since the letter to Prof Whitty was published she’s been contacted by Dr Susan Hopkins, deputy director of Public Health England, who promised it would be included in an ongoing review of symptoms.

But Dr Sohal adds: ‘There’s no information about when exactly that will happen.’