Showboating! Daredevil performs PRESS-UPS while water skiing backwards on one foot… without skis

Showboating! Daredevil performs PRESS-UPS while water skiing backwards on one foot… without skis

A water skier performed pushed the laws of physics to their limits as he performed push-ups on the water while being pulled along by his foot in this incredible video.

In the video, professional water skier Landen, from Thunder Bay, Ontario, is seen travelling across the surface of water barefoot, facing backwards, with only one foot holding onto the rope handle for support.

He then leans down and assumes a press-up position on top of the water.

Landen Letwin is pulled backwards across the water in Shebandowan, Ontario, as he faces the other way and holds onto a rope handle using just one foot 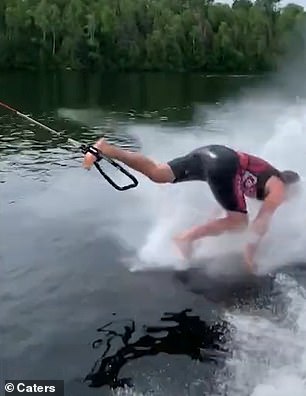 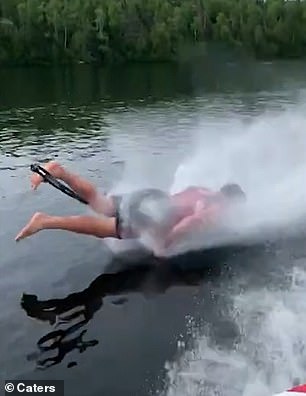 Landen completes five repetitions before amazingly just standing back up on the surface of the water.

The only sign of any discomfort in in his performance came when he corrected his hair which had gotten wet.

The display of strength and control was uploaded to Landen’s social media on June 20 but has recently been shared online.

Todd Gladysiewski commented: ‘That’s crazy it had to kill his hands.’ 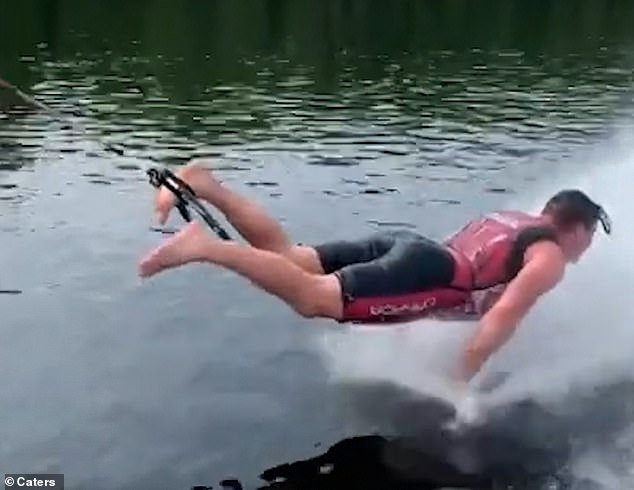 Another account said: ‘Unreal. This is skill I admire.’

While a third commented: ‘So amazing Landen, so fun watching you on the water.’

This isn’t the only video on Landen’s social media showcasing his water-skiing skills.

Landen has uploaded other videos where he faces backwards and skis barefoot again while supporting the weight of another person sitting on his back.

The clip has been viewed more than 58,000 times on TikTok.