Burgers will be made thinner and crisp packets smaller under a new drive to tackle obesity.

The Government is drawing up guidelines aimed at drastically cutting the calories in popular savoury foods.

Manufacturers will be told either to make products smaller or change their ingredients to lower the fat and sugar content.

The guidelines will apply to unhealthy foods commonly eaten by children, including burgers, pizza, sausage rolls, crisps and ready-made sandwiches.

Public Health England is drawing up new calorie limits for each of these foods.

Further details will be announced early next year but the targets will be voluntary, so manufacturers who refuse to change products will not be penalised.

Campaigners say the move will not be enough to solve the crisis and are calling for compulsory regulation of products along with a ban on TV advertising of junk food.

Britain’s soaring obesity rates are among the worst in Europe and the Government has been criticised repeatedly for failing to act.

Two-thirds of adults and one-third of 11-year-olds are overweight, greatly increasing the risk of heart attacks, strokes, cancer, dementia and diabetes.

A typical quarter-pounder burger contains 250 calories while the bun, chips and cheese will add another 500 to 600 calories.

Sausage rolls, pasties and sandwiches are normally between 400 and 500 calories. A packet of crisps will add 200 calories.

The guidelines for maximum calorie limits will be similar to those announced in March for sweet products, which may lead to chocolate bars shrinking by a fifth. For products such as burgers, calories can be reduced by changing the ingredients and lowering fat levels.

But this is harder to do for crisps without substantially altering the taste and texture. Health minister Philip Dunne said: ‘Too many of our children are growing up obese, which can lead to serious health complications. 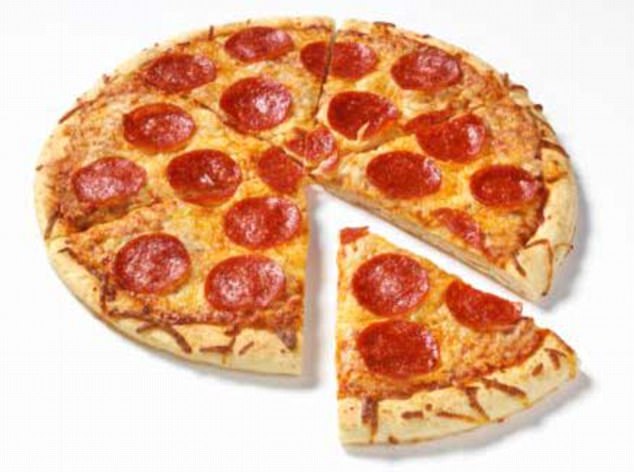 ‘We all have a responsibility to help people live healthier lives, but with a third of children leaving primary school obese we must take a comprehensive approach and now focus on excess calories.’

Duncan Selbie, chief executive of Public Health England, said: ‘We will work with the food companies and retailers to tackle this as the next critical step in combating our childhood obesity problem.’

‘Our children are bombarded with junk food ads that use sophisticated tactics. Stopping these ads during the TV shows kids watch most will give them the best chance to eat healthily, stay a healthy weight and avoid cancer in later life.’

Professor Dame Parveen Kumar, of the British Medical Association, said: ‘The Government hasn’t strengthened existing controls on how unhealthy food and drinks are marketed to children.

‘We know junk food adverts are very influential on children’s eating habits yet manufacturers get a free pass to appeal specifically to children, even in schools.

‘Unless we see considerable progress in tackling childhood obesity, the Government must introduce stronger legislation to replace voluntary targets for unhealthy food manufacturers.’