Maddie Ziegler has become much more than a hired gun to Sia since appearing in the singer’s Chandelier music video when she was just 11-years-old.

Over the years Sia has become a friend and mentor to the now 18-year-old dancer-turned-actress, who stars in the nine-time Grammy Award-winner’s new musical drama film, Music, alongside Kate Hudson.

And in a recent interview, Sia opened up about feeling ‘fiercely protective’ of her frequent collaborator, in part, because she feels partially ‘responsible’ for thrusting Ziegler into the spotlight at such a young age. 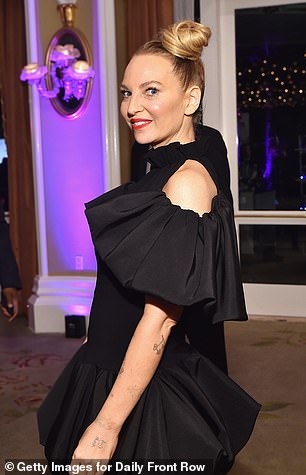 More than collaborators: Sia revealed she feels ‘fiercely protective’ of Maddie Ziegler since she helped propel her into the public spotlight by appearing in her music videos

‘I provide her 24 hour security because I feel responsible for her ensuing fame,’ the singer-songwriter, 45, revealed in a new episode of Sirius XM’s Fierce: Women in Music on Friday, January 29.

Sia also confessed to declining photos on Ziegler’s behalf if she senses the former Dance Moms star is feeling overwhelmed.

‘I can tell from Maddie’s face whether she wants to do it or she doesn’t. And so I either say, “No, you know, we’re not supposed to be in town” or “We’re not doing photos today” or “Actually we’re just having some family time.'” 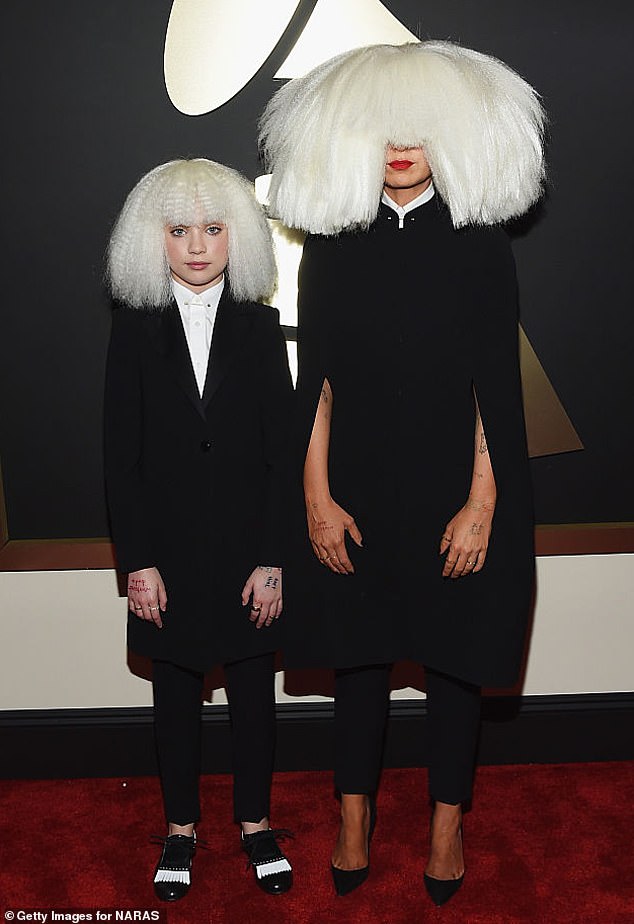 Parental figure: Sia says she has declined photos on Ziegler’s behalf if she senses the former Dance Moms star is feeling overwhelmed; the pair are pictured during the Grammy’s in 2015

And in another honest admission, Sia confessed to believing that Ziegler is ‘much better at being famous’ than she has been during her career that began in the mid-1990s as a singer in the acid-jazz band, Crisp.

After moving from her native Australia to the U.S., Sia released her fourth and fifth solo studio albums — Some People Have Real Problems and We Are Born —  in 2008 and 2010, respectively.

Uncomfortable with her growing fame, Sia took a hiatus from performing, and focused on producing and songwriting for other artists, which includes the likes of Rihanna, David Guetta and Flo Rida. 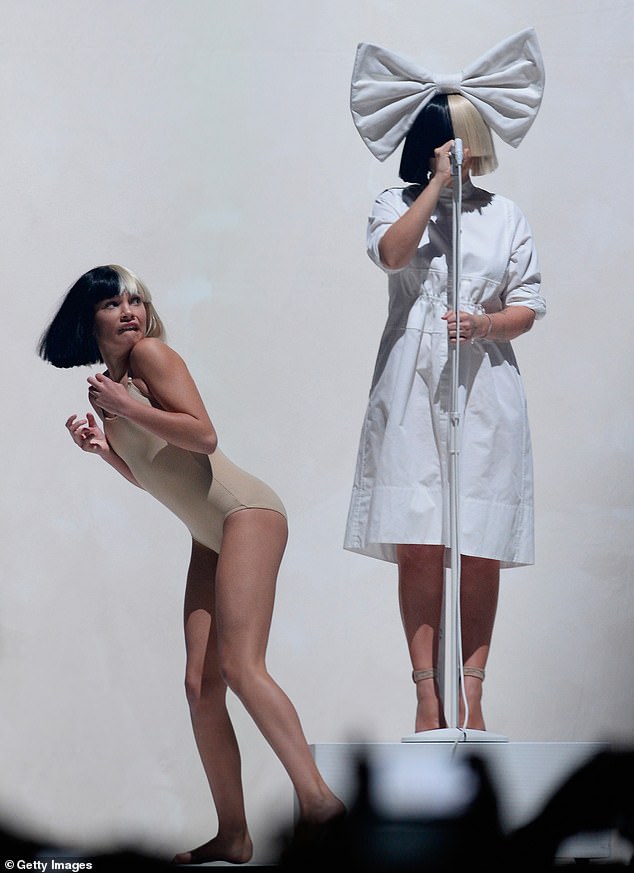 Child star: Ziegler first gained public recognition on Dance Moms staring in 2011, when she was eight-years-old; the Pennsylvania native is pictured with Sia in October 2016

it ended up taking many years before the Chandelier star became more comfortable navigating the oftentimes rough waters of show business.

‘I had to just learn really, really good boundaries,’ the Adelaide native added during the interview.

‘And now I’m really good at it and if somebody wants to say hello I’m totally comfortable with that, if they want to take a photo it depends on what the situation is but I’m either totally comfortable doing that or I’ll say actually I don’t want anyone to know that we’re here, so how about a hug.’ 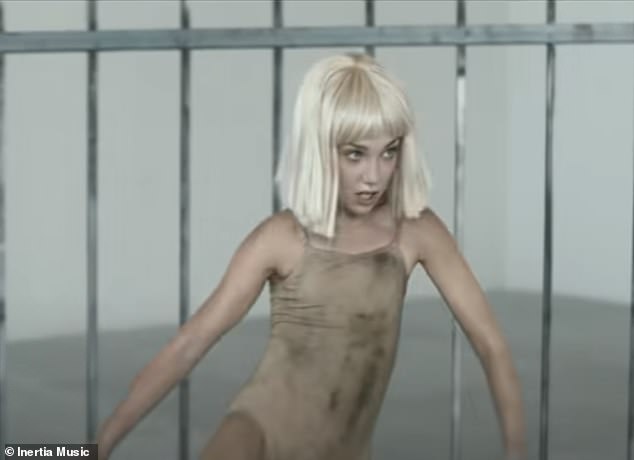 Dancer and actress: Ziegler appeared in Sia’s music video for the song Elastic Heart in 2014 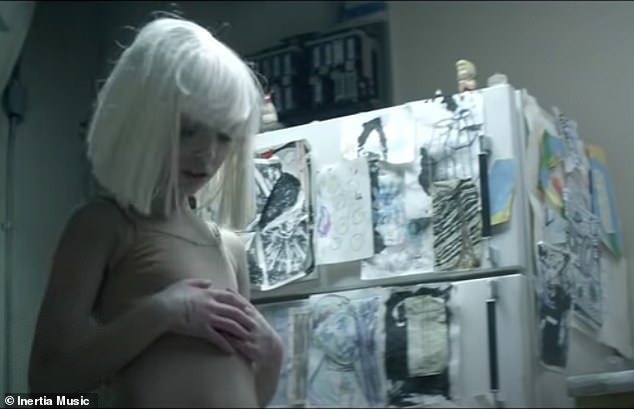 In recent months, Sia has faced backlash on social media because she cast Ziegler to play a young woman with autism in Music instead of an autistic actress.

In her defense, she pointed out that the movie is ‘not a documentary’ and that she needed a professional dancer for the role.

The film was directed and co-written by Sia, and stars Hudson as a drug-addicted free-spirit named Kazoo who becomes sole guardian of her half sister named Music, played by Ziegler.

Music was released in Australia on January 14, 2021 and is set to premiere in the U.S. in select IMAX for one night on February 10, 2021, which will be followed by an on demand release on February 12. 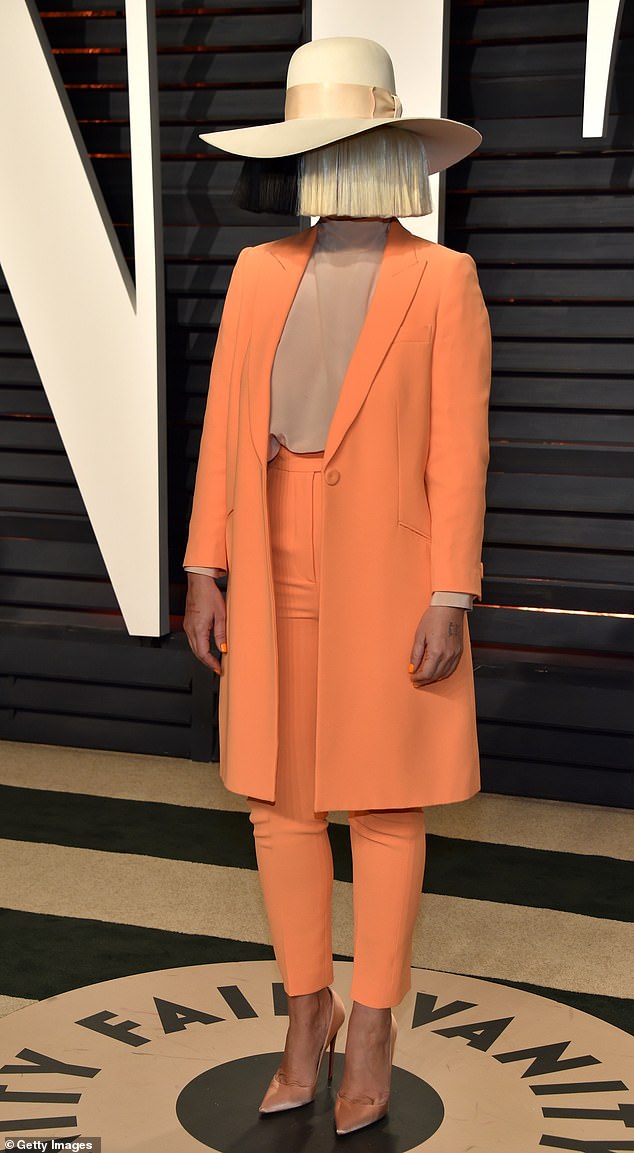 Latest collaboration: The Australian native hired Ziegler to star opposite of Kate Hudson and Leslie Odom Jr. in her musical drama film, Music; she is seen in February 2017