A unusual hairless creature that bore a striking resemblance to House-elf from Harry Potter was revealed to be a severely ill raccoon that passed away on Wednesday.

The Back To Nature Wildlife Refuge in Orange County, Florida, shared several Facebook posts this week that showed the terrified animal after it was rescued Friday from underneath a car.

The wildlife rescue service said the raccoon was brought in for medical treatment on Saturday.

The animal’s health continued to decline from there, and it sadly died the day before Thanksgiving. 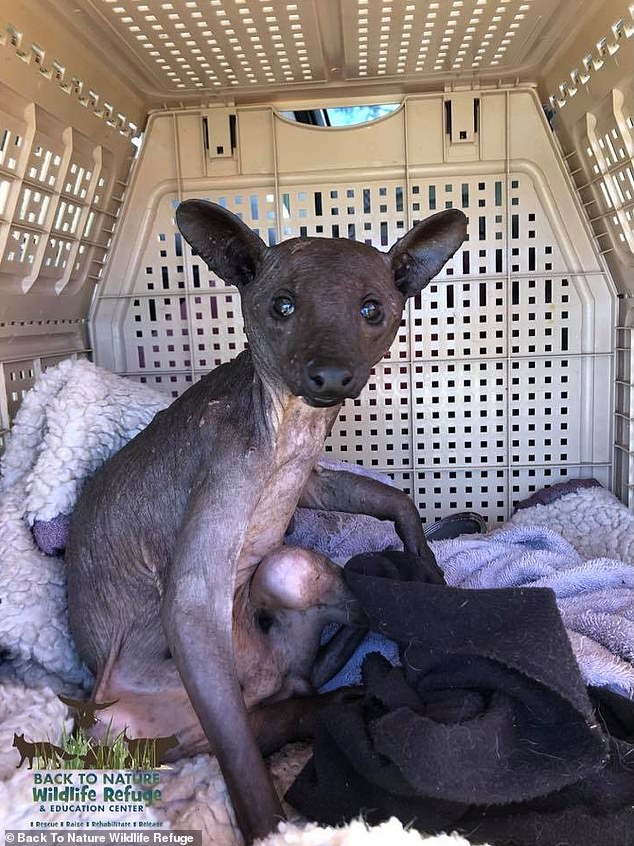 The Back To Nature Wildlife Refuge in Orange County, Florida  said she was likely battling a alopecia or genetic mutation she was born with

The rescue service said she was likely battling a alopecia or genetic mutation she was born with.

‘We know you are all anxious to hear news about our sweet girl… and though we chose to remain hopeful and diligent with her care and condition, we sincerely regret to inform you that she passed away late last night, in her sleep,’ the Facebook post said.

‘We couldn’t be more grateful for the chance to try to save her. And though we couldn’t save her, we will choose not to look at her passing as a failure, but as a small success. 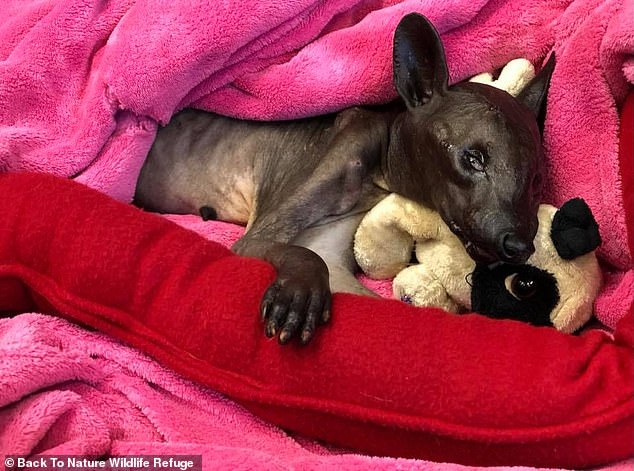 ‘Her arrival to BTN’s doorsteps allowed us the opportunity to share her beauty with you all.

‘She brought so much awareness to not only her condition, but to her species (often looked as a nuisance), and to the refuge and our mission. For that, we are truly grateful.’

The rescue service further thanked their followers for their support.

‘Thank you all so much for your kind words, thoughts, prayers, healing energy and support to the organization. Have a happy and safe Thanksgiving.’ 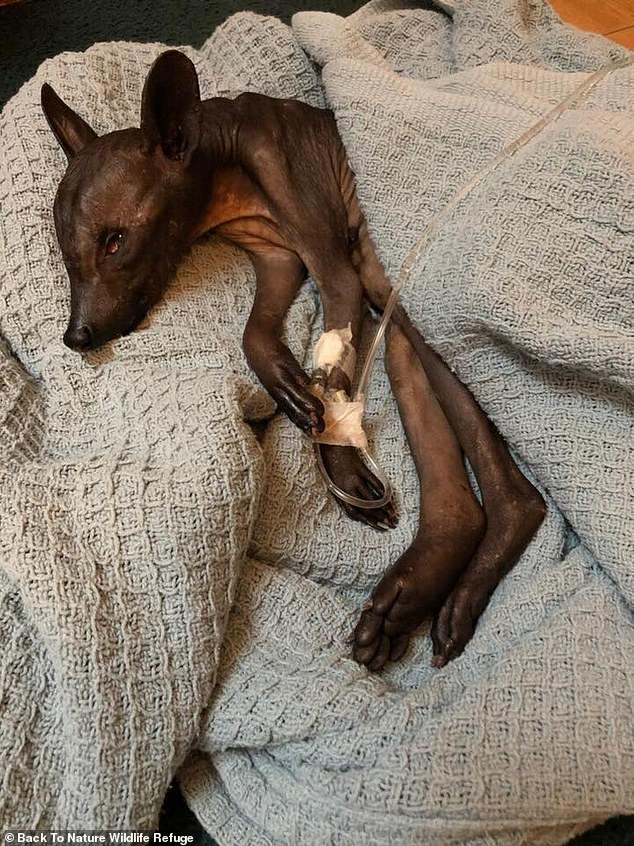 The animal’s health continued to decline since it was rescued over the weekend. It died the day before Thanksgiving