A 60-year-old man was king hit in the face during a brawl between players and spectators at a rugby game.

The fight occurred at an under-21s game between Western Raptors Cults and Briars at Mitigar Reserve at Hassall Grove in Sydney’s west about 1.25pm on Saturday.

A video shows a man believed to be in his twenties striking an older Briars fan, who falls onto a tree and his the ground during the mass brawl.

Police said the elderly man was taken to hospital after feeling nauseous and unwell but has since been released.

They said two other men aged 23 and 38 were attacked by the same man at the game.

Video shot by a spectator shows a mass brawl between fans and players of the rival clubs on the sidelines of the match.

Police are investigating the alleged assault and urged anyone else with video of the brawl to contact them. 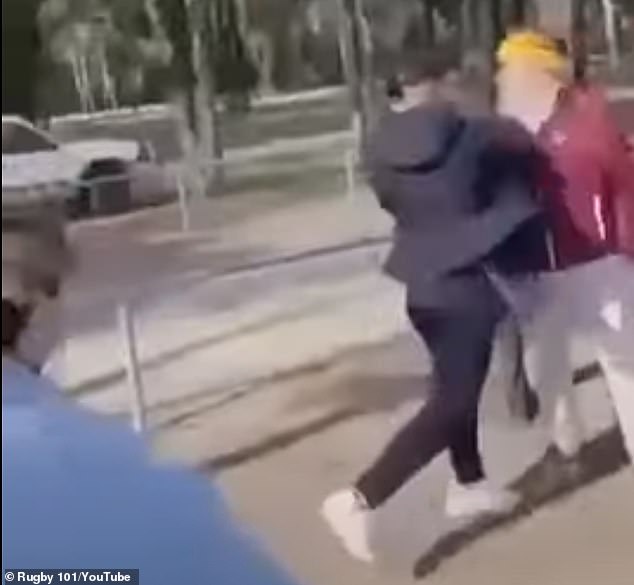 The man in black, said to be in his twenties, then punched the 60-year-old man in the face. He fell to the ground and police said he was hospitalised after the alleged assault