Sienna Miller steps out with pal Cara Delevingne, 30, in an effortless boho ensemble in Ibiza

Stylishly-dressed Sienna Miller stepped out on Thursday to join Cara Delevingne for a beach day in Ibiza.

Sienna, 40, looked typically chic in a boho ensemble comprising of a tiered white mini skirt and crochet sunflower top on the party island.

The smiling actress strolled across the sand in black toe-post sandals and accessorised with gold earrings, while a pop of red lipstick completed her look.

Fun with friends: Smiling Sienna Miller wore a crochet crop top and tiered mini skirt during a beach day in Ibiza with Cara Delevingne on Thursday 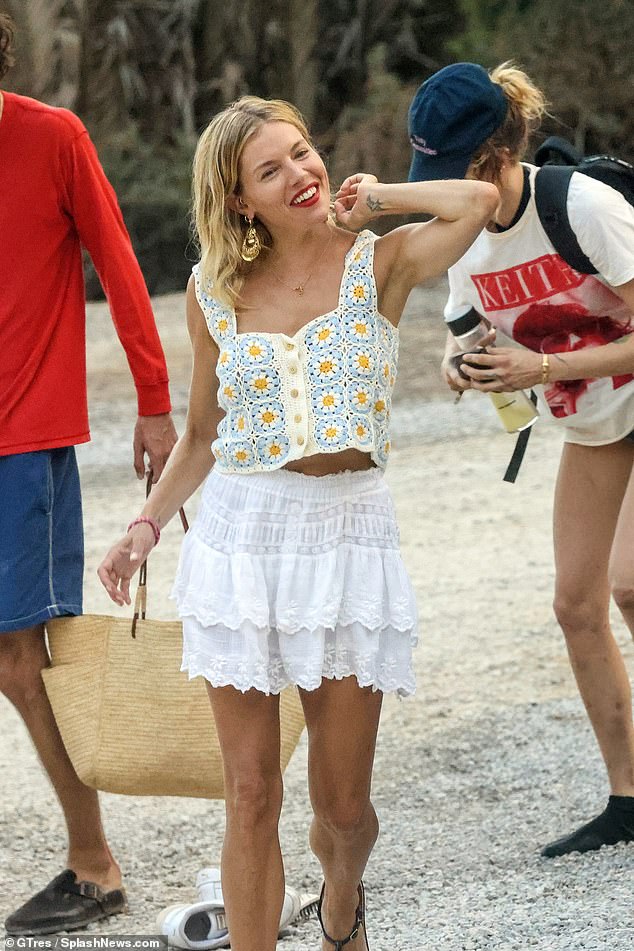 Sublime: Sienna nailed her boho look in typically chic style as she hung out with her glam pals

Her friend Cara, 30, has been celebrating her birthday this week and was sporting bruised legs while on the group outing.

Cara wore a red and white T-shirt featuring a vintage snap of rocker Keith Richards across the front over the top of her back swimwear.

But it was the Only Murders In The Building star’s bruised legs which were most notable. 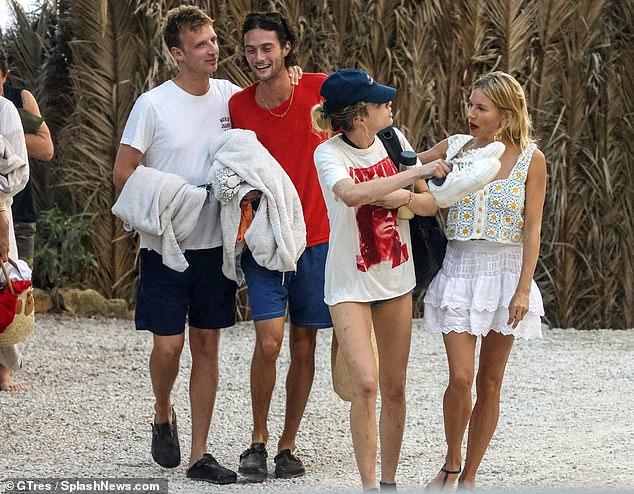 Boho babe: The Layer Cake actress strolled across the sand in black toe-post sandals and accessorised with gold statement earrings, while a pop of red lipstick completed her look

The outing comes after Sienna and Sam Worthington announced they have teamed up with Kevin Costner for his new project, Horizon.

The Oscar winner, 67, co-wrote the script for the epic historical drama, which will begin production in Utah on August 29.

In addition to starring in the film, he will also direct, produce and finance the wide-ranging story, which takes place over a 15-year period of expansion pre and post Civil War, according to Deadline. 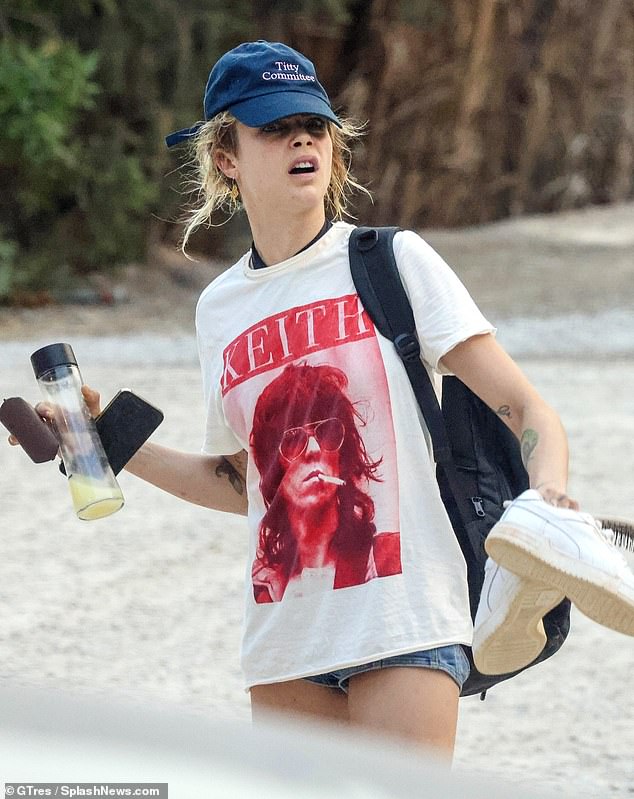 Edgy:  Cara wore a T-shirt featuring a vintage snap of rocker Keith Richards across the front

The upcoming Western will mark the Yellowstone star’s first time stepping behind the camera since 2003’s Open Range.

Sienna, 40, expressed her delight with the casting, saying, ‘I am so excited to go on this epic journey with such a legendary actor and director at the helm.

‘The story is riveting. I am very honored to be a part of it.’ 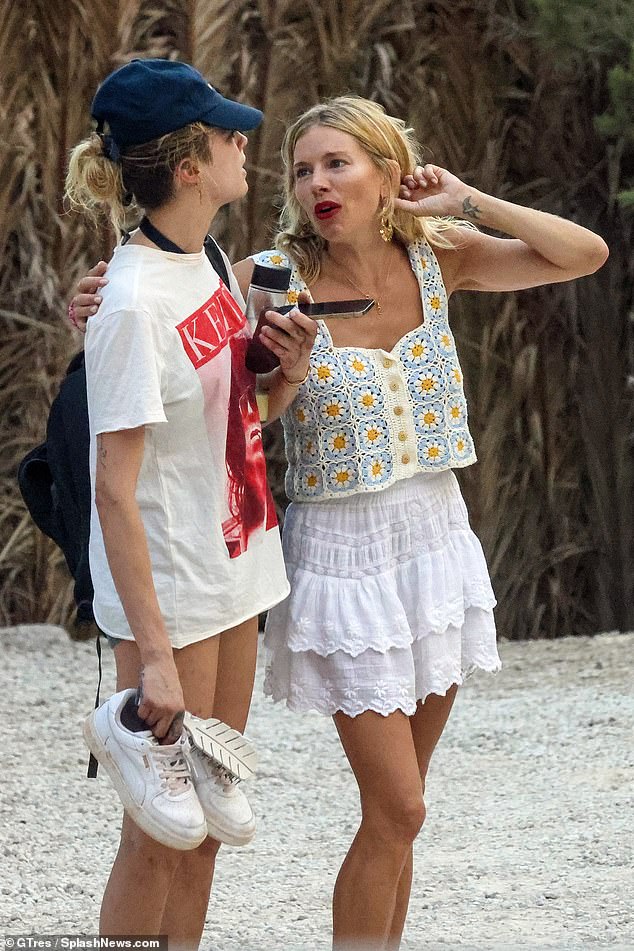 Fashionista: Sienna and Cara looked very close on the trip with the actress putting a friendly arm around her pal