The Sierra Club has said it is moving to tear down ‘monuments’ to its founder John Muir over his racist remarks and friendships, and apologized for the conservation group’s ‘substantial role in perpetuating white supremacy.’

Muir, who died in 1914, was a native of Scotland who emigrated to America and played a key role in preserving the Yosemite Valley and Sequoia National Park. He co-founded the Sierra Club in 1892.

In his writings from the late 19th and early 20th century, he was also known to make racially disparaging remarks. In one memoir, he cruelly described black people as ‘well trained’ but ‘making a great deal of noise and doing little work. One energetic white man, working with a will, would easily pick as much cotton as half a dozen Sambos and Sallies.’

‘It’s time to take down some of our own monuments, starting with some truth-telling about the Sierra Club’s early history,’ said Sierra Club Executive Director Michael Brune in a statement on Wednesday.

John Muir, who died in 1914, was a native of Scotland who emigrated to America and played a key role in preserving the Yosemite Valley and Sequoia National Park

‘As the most iconic figure in Sierra Club history, Muir’s words and actions carry an especially heavy weight. They continue to hurt and alienate Indigenous people and people of color who come into contact with the Sierra Club,’ Brune said.

A spokesman for the group clarified to DailyMail.com that the Sierra Club does not have any prominent physical monuments or statues to Muir, and that Brune was speaking metaphorically of publicly reckoning with the group’s history.

Although a bronze relief of Muir used to hang in the Sierra Club’s legislative offices in Washington DC, it was removed prior to April, the spokesman said.

Physical statues of Muir do stand in several national parks, including one at Muir Woods National Monument in Mill Valley, California. 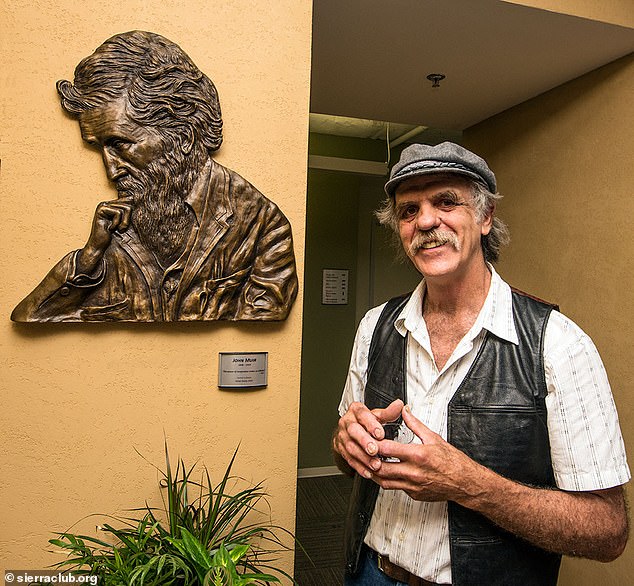 This bronze relief of Muir (seen with artist Homer Daehn) used to hang in the Sierra Club’s legislative offices in Washington DC, but was removed some time ago. The group does not own other prominent physical monuments to Muir, and was speaking metaphorically

In addition for his disparaging comments about black people Muir also once insultingly referred to Native Americans as ‘lazy’ and ‘superstitious.’

In other writings, his views appeared to evolve, and he praised Native Americans for their low impact on nature and wilderness, compared with that of white people.

‘As the most iconic figure in Sierra Club history, Muir’s words and actions carry an especially heavy weight,’ Brune said. ‘They continue to hurt and alienate Indigenous people and people of color who come into contact with the Sierra Club.’

In his statement, Brune explained that some of Muir’s associations were as troubling as his racist statements. 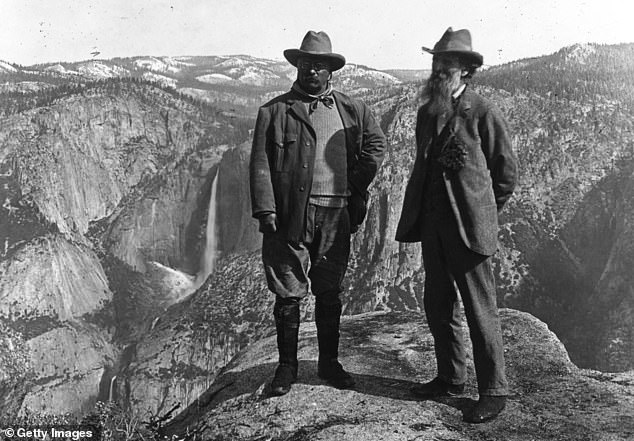 Osborn was a eugenicist who viewed northern Europeans as superior, and advocated the preservation of ‘good’ racial stock.

Brune wrote that due to its origins as a mountaineering club for middle class white men, the Sierra Club was long blinded to the notion that ‘only people insulated from systemic racism and brutality can afford to focus solely on preserving wilderness.’

‘The persistence of this misguided idea is part of the reason why we still get comments from our own members telling us to ‘stay in our lane,’ and stop talking about issues of race, equity, and privilege,’ Brune wrote.

He vowed to publish a series of further blog posts that would ‘talk more about the struggles Indigenous people, people of color, and their white allies went through to get this organization to evolve on issues like immigration and environmental justice.’

Brune said the Sierra Club would shift $5 million in its budget ‘to make long-overdue investments in our staff of color and our environmental and racial justice work.’ 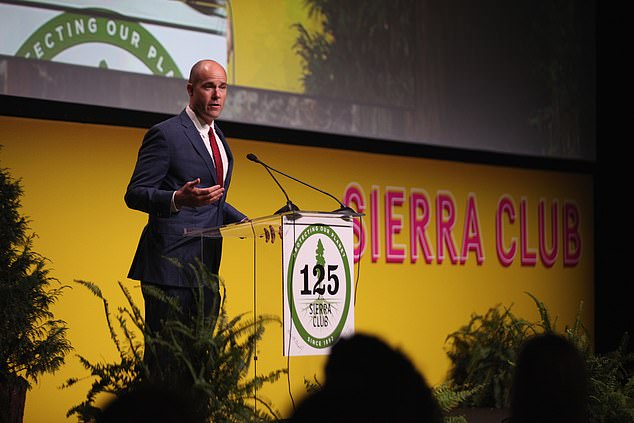 Though Brune did not address it directly in his post, the Sierra Club was for decades staunchly opposed to immigration-driven population growth, on the basis that higher population density would threaten the wilderness.

In 1996, the group adopted an official position of neutrality on the subject of immigration, reportedly under pressure from mega-donor David Gelbaum.

‘I did tell [then-Sierra Club executive director] Carl Pope in 1994 or 1995 that if they ever came out anti-immigration, they would never get a dollar from me,’ Gelbaum told the Los Angeles Times in 2004. He went on to donate some $200 million to the group.

In recent years, the Sierra Club has made more concrete statements supporting amnesty for immigrants living in the U.S. illegally, and Brune himself has called President Donald Trump’s immigration policies ‘racist.’

Brune said on Wednesday that the Sierra Club would ‘spend the next year studying our history and determining which of our monuments need to be renamed or pulled down entirely.’