The loss of UK jobs caused by the decision to make the new blue passports abroad is a betrayal of Brexit voters, it has been claimed

The loss of British jobs caused by the decision to make the new blue UK passports abroad is a betrayal of Brexit voters, a Tory former Cabinet minister said yesterday.

You can have your voice heard by signing our petition to have passports made in the UK by clicking here.

Lord Forsyth of Drumlean, who served in John Major’s Cabinet, warned UK jobs would be lost – and ministers were told national pride should force a last-minute change of mind.

Today, the Daily Mail launches a campaign to have the decision overturned.

Hundreds of jobs are at risk at De La Rue’s factory in Gateshead – where the country’s passports are currently made – if the deal is given to Gemalto. 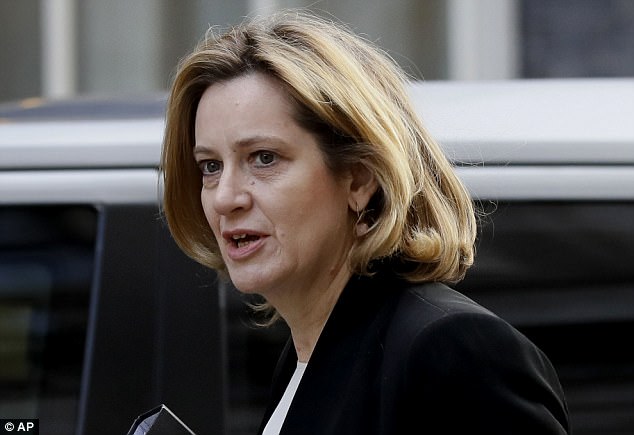 Home Office officials have named the firm, which is listed on the French and Dutch stock exchange, as their preferred bidder for the contract to make the documents from October 2019.

Tory MPs yesterday said they are facing a huge backlash as hundreds of voters in their constituencies contact them to complain.

Some politicians have privately contacted the party’s headquarters to warn the issue is causing problems as they knock on doors to campaign ahead of the local elections in May.

Yesterday, peers joined calls for an urgent rethink, but ministers refused to back down, claiming the contract will save £120million over its duration of a decade. Labour’s Lord Foulkes of Cumnock said: ‘On both sides of this House, there is a desire that this ought to be reviewed, in the name not just of security, but of national pride.’

Officials gave Gemalto the passport deal despite rules allowing the value to the local economy to be considered when awarding contracts, it emerged yesterday.

It followed concerns that other countries had used public purchasing to support their own industries.

In June last year, Business Secretary Greg Clark said: ‘We have already changed the procurement guidance so that local value can be taken into account.’

Whitehall sources said benefits to the UK were considered in the passport scoring process as part of the social value criteria. It is understood Gemalto exceeded all Home Office requirements relating to this.

Conservative Lord Naseby called for a review, saying the Government should realise the possible decision will have a ‘huge adverse effect on the whole of British industry and the British people as they face Brexit’. He suggested the extra cost of the De La Rue bid would amount to 63p per passport made. The Lords heard the UK company’s tender was reportedly £540million compared with the Franco-Dutch firm’s £490million offer.

Lord Naseby added: ‘Against those figures and the suggestion that the French bid was possibly made on a loss-leader basis – as one who worked in industry before coming to this place, I point out that loss-leaders are not unknown, particularly when dealing with interesting bids such as this one.’

Gemalto is being bought by a defence company quarter-owned by the French state.

Lord Forsyth of Drumlean said: ‘Can my noble friend not see the irony that jobs will be lost in the North East, which voted overwhelmingly to leave the EU, because the Government are arguing that a state company in France, which does not have to make a profit, should be given preference over a company that does have to make a profit and is employing people in Britain? … an extraordinary position for a Conservative government to take.’

The Earl of Courtown, for the Government, said: ‘This is a good contract, it will save the taxpayer money and with all these contracts they do have to go out through a commercial process … there will be jobs created in this country over this new contract.’

He said all passports will be ‘personalised’ in the UK.

Did cheap labour at a Polish factory seal the deal?

This is the Polish factory that could make Britain’s post-Brexit blue passports.

It is owned by Gemalto, the Franco-Dutch company in line to be awarded the contract.

A former worker at the plant, in the northern town of Tczew, said they suspect the firm might want to use the facility because Polish wages are up to two-thirds lower than in Britain.

It could explain why Gemalto was able to underbid British company De La Rue, which currently makes the burgundy UK passports. 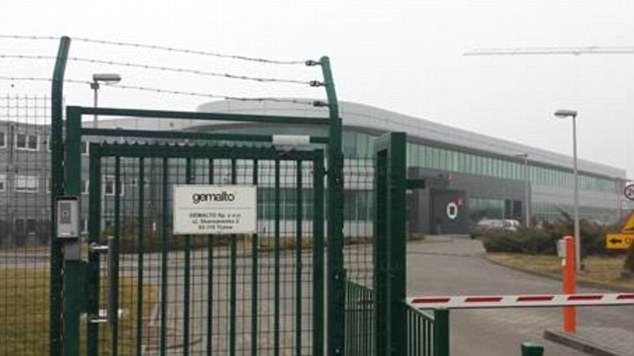 In 2010 Gemalto opened a new production line in Tczew producing the electronic technology that goes into modern passports. The firm said the new investment was to meet ‘increasing market demand both in the region and the rest of the world’, including ‘national printing houses in various countries’.

This suggests part or all of the new British passports could be produced at the Tczew facility – although Home Office sources say the personal information page of passports, containing a picture, name and date of birth, will be printed in the UK.

Speaking to the Daily Mail on condition of anonymity, a former Gemalto employee said office staff and skilled workers earn a gross salary of between £1,032 and £2,064 a month, with those doing manual work on roughly £412 a month net. In January the average Polish monthly minimum wage was £441, compared with £1,232 in the UK.

The source said many of the manual workers had contracts through agencies – and as a result are easier to sack.

A company spokesman had not responded to question from the Mail by last night.

The Daily Mail is giving you the chance to send a powerful message to ministers that you want Britain’s post-Brexit blue passports to be made in the UK.

We have started a petition which we hope will force the Government to reverse its decision to have the documents made abroad.

In the adjoining panel, we explain how simple it is to have your voice heard and urge ministers to think again. 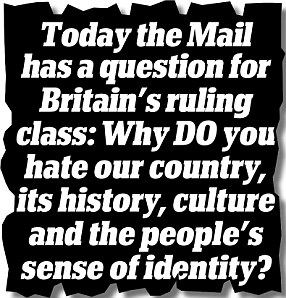 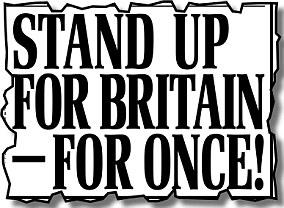 As this newspaper pointed out yesterday, there are many compelling reasons to stand up to the members of our ruling class behind the decision.

Theresa May talked in December about the pride Britons should feel at the reintroduction of the unique and emblematic blue document, hailing it as ‘an expression of our independence and sovereignty’ which symbolises ‘citizenship of a proud, great nation’.

But having them made abroad makes a mockery of this and of the 17.4million people who voted for Brexit in order to be free from the shackles of the very European Union rules which have led to this outsourcing decision.

This Government also claims to be standing up for British jobs and workers. But employees at the De La Rue plant in Tyneside, where our current burgundy passports are made, stand to lose their jobs – in a region with the highest unemployment rate in the country and where six in ten people voted Leave in the referendum.

Furthermore, countries such as France and the United States produce their own passports on the grounds of national security. Why shouldn’t we?

Handing data on British citizens to a foreign company potentially only increases the risk of it being hacked into and ending up in the wrong hands.

The Home Office has sought to justify the outsourcing move by saying that it will save around £120million over ten years. But cost should not be the only factor when producing such vital security documents.

A deluge of phone calls and letters in protest roused this newspaper into action, and now it’s your turn.

If you share this newspaper’s view that having our symbolic post-Brexit passports made in Britain would help restore national pride and identity as a sovereign nation, be better for national security and keep jobs and investment in Britain, then please sign our petition.

You will be asked to give your first and last names, email address and home town. Be assured, your details will be kept confidential.

Tell your friends and colleagues to join the campaign by sharing the link to our petition online.

Keep logging back into our website to keep an eye on the tally – and see how many people feel as strongly as you about making our new blue passports at home.