A woman who nearly lost her life after a freeway sign fell on her car was horrified to learn it was missing crucial parts and had been skipped over for safety checks.

Nella Lettieri, 55, was driving along the Tullamarine Freeway in Melbourne on January 8 when a sign came loose and fell on top of her Hyundai, caving in the roof.

The sign crushed her car, and left the woman suffering head and neck injuries, as well as traumatic flashbacks months on.

And after learning basic safety checks were not employed in the maintenance of the sign, Ms Lettieri is desperate to see someone held accountable. 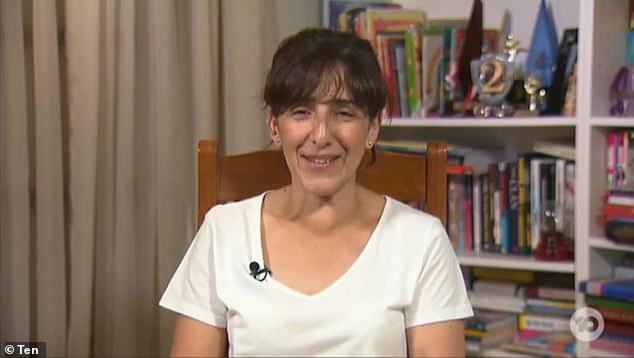 Nella Lettieri, 55, claims she still has flashbacks after surviving the horrific crash

An investigation into the sign dropping showed it was missing a vital steel plate in its gantry and had missed mandatory inspections.

The steel plate was the main force of strength for the sign.

Contractors said the sign developed a large crack that arose over time after inspections were not carried out, as reported by The Herald Sun.

The fallen sign and gantry, which led to the woman being rushed to hospital with head and neck injuries, was installed as part of the CityLink-Tulla Widening project in December 2017.

‘It could have been so much worse. That’s what is most scary about it,’ Ms Lettieri told The Herald Sun. 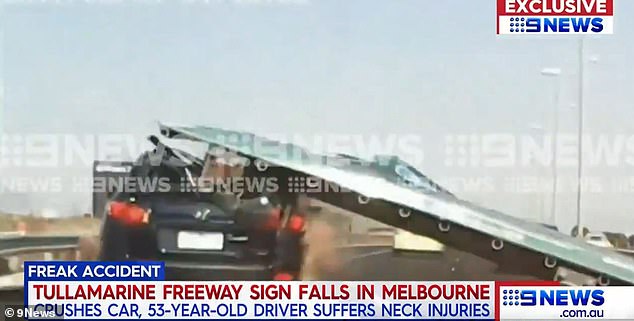 Ms Lettieri said she often has flashbacks after surviving the terrifying ordeal.

‘At the moment I take two steps forward and three steps back. Every time I hear about another accident the memories all keep flooding back,’ she said.

The mother is now suing VicRoads and tollway operator Transurban after learning about the missed safety checks. 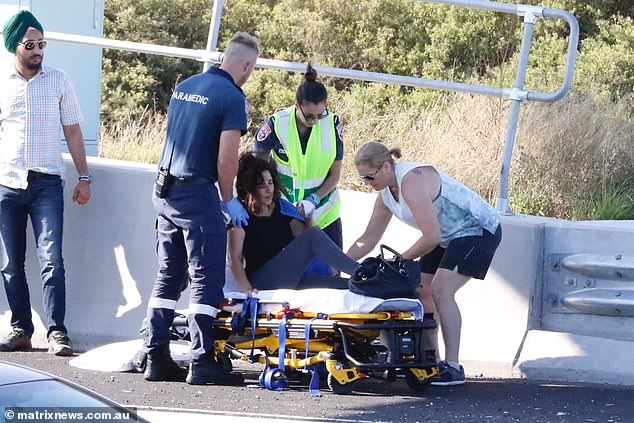 ‘Whoever put this up should be held accountable. There should be some penalty at the very least,’ her lawyer Tony Carbone said.

Transurban have said they will take additional steps after the incident.

New signs built for the CityLink Tulla Widening project will be strengthened so they last for 100 years.