In 2015, Anthony Levandowski, 37, founded a religion called Way of the Future. It has only been revealed now as state officials in California wait for him to respond to the necessary IRS filings he must provide for it.

Way of the Future has no website or headquarters but, according to Wired which obtained copies of his original filings, Levandowski is its founder and CEO.

The documents give its purpose is to ‘develop and promote the realization of a Godhead based on Artificial Intelligence’.

They say it aims to ‘through understanding and worship of the Godhead, contribute to the betterment of society’.

Levandowski’s allegiance to singularity – the belief that artificial intelligence will one day grow to such efficiency that it surpasses and overpowers humans – comes as no surprise.

He has been at the forefront of some of Silicon Valley’s most forward-thinking ventures since graduating from college and has built a reputation as a pioneer in the industry.

What’s more, he is at the heart of a legal fight between Google’s parent company Alphabet and Uber.

The engineer they say is responsible for the theft is Levandowski who they allege downloaded 14,000 secret files before leaving Google in 2016 after nine years at the company.

A month after his departure, he founded Otto, a company which specialized in self-driving trucks.

In February this year, Alphabet filed a multi-billion lawsuit against Uber and Otto accusing it of stealing trade secrets.

Levandowski was called to give evidence in March but he pleaded the Fifth Amendment throughout, refusing to answer questions on the grounds that his answers may incriminate him. 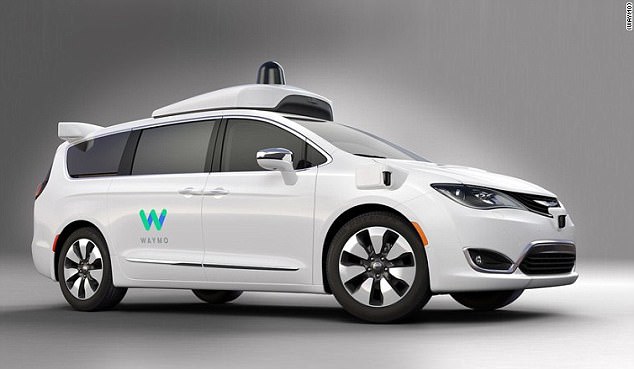 Levandowski is accused of stealing trade secrets from Waymo, the self-driving car division of Google’s parent company Alphabet, before he left his job at Google in 2016. Above, a prototype of one of Waymo’s autonomous cars 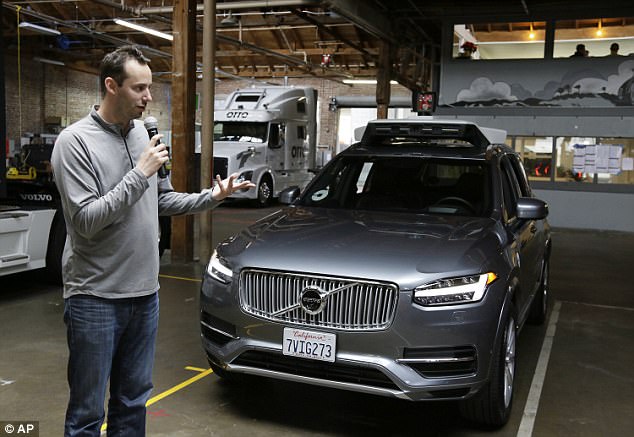 Immediately after leaving Google, Levandowski set up his own self-driving trucks company called Otto. Uber acquired it seven months later and he went to work for the ride-sharing app to help develop its self-driving car division. Above, the 37-year-old promoting one of Uber’s prototypes in December 2016

At the end of May, Uber fired him for not cooperating with the trial by refusing to hand over to the trial judge the documents Waymo claims he stole. Uber said he was in breach of contract at the time. 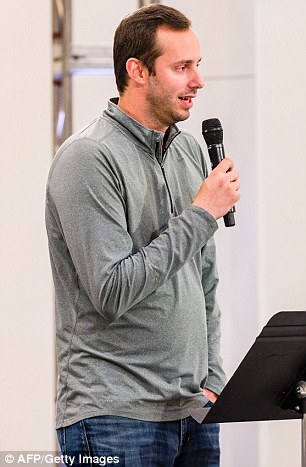 The two companies are due to return to court next month. Since filing its original complaint in February, Waymo has dropped three of the four patent infringement claims which were included.

The lawsuit centers around Lidar technology which is the light and radar system which will map out the road ahead for autonomous cars.

For just one of the alleged patent thefts, Waymo is demanding $2.6billion from Uber in damages.

Waymo alleges that Levandowski stole the technology he helped create for them and took it to Uber.

The lawsuit is one of an ocean of scandals Uber has struggled through in the past year.

Its CEO Travis Kalanick stepped down earlier this year after worrying claims made by female former employees exposed a festering culture of sexism, misogyny, racism and homophobia throughout its offices.

Levandowski joined Google in 2009 after working on a team of engineers which crafted Google Street View. 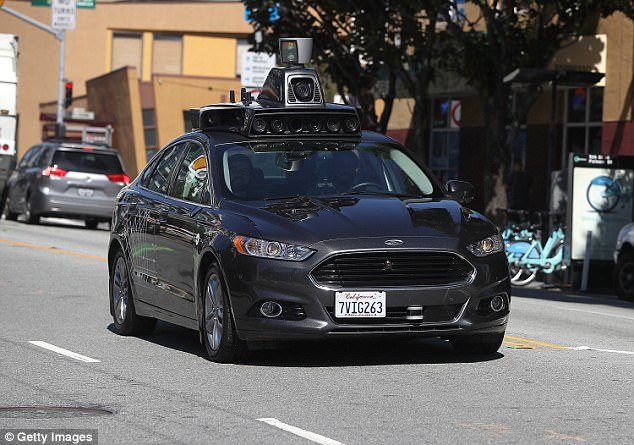 Waymo claims Uber stole its Lidar technology – a light and radar system which maps out the road ahead for autonomous cars. Above, an Uber self-driving car in San Francisco in March. It since had its license for them in California revoked but they are still operating in Arizona