Simon Cowell has revealed he was forced to test for coronavirus after his fellow America’s Got Talent: The Champions judge Heidi Klum experienced symptoms on set.

In a new interview, the music mogul, 60, updated fans on the 46-year-old model’s current wellbeing, after she confirmed she had tested negative for the virus, which has claimed 82,135 lives globally.

The media personality – who held back his results – whether he also reassured fans that the competition show is still on track to return at the end of July, if the pandemic subsides.

‘We all had to!’ Simon Cowell was forced to test for coronavirus after Heidi Klum fell ill on the set of America’s Got Talent (also pictured with judges Howie Mandel and Alesha Dixon)

‘She’s doing great’, the TV star on catwalk queen Heidi’s recovery. ‘We [Heidi, Simon, Alesha Dixon, Howie Mandel, Terry Crews and other crew members] all got tested, we had to.’

Simon went on to claim the fashion star did contract COVID-19, after Heidi – who suffered from a fever, chills and a cough – confirmed she tested negative.

Like other coronaviruses, including those that cause the common cold and that triggered SARS, COVID-19 is a respiratory illness. The most common symptoms include a fever, a dry cough, shortness of breath, difficulty breathing and fatigue. 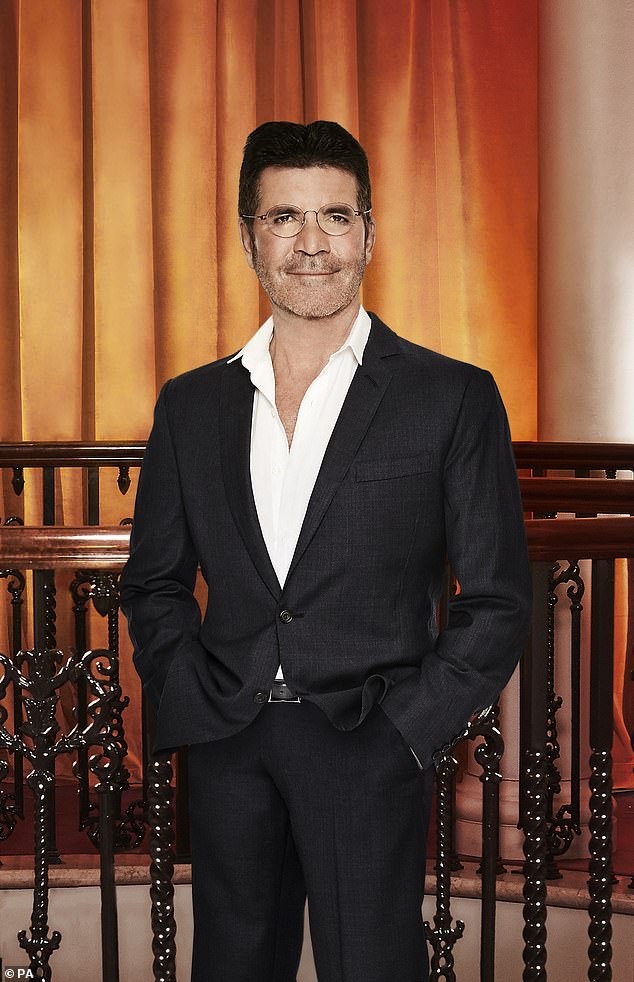 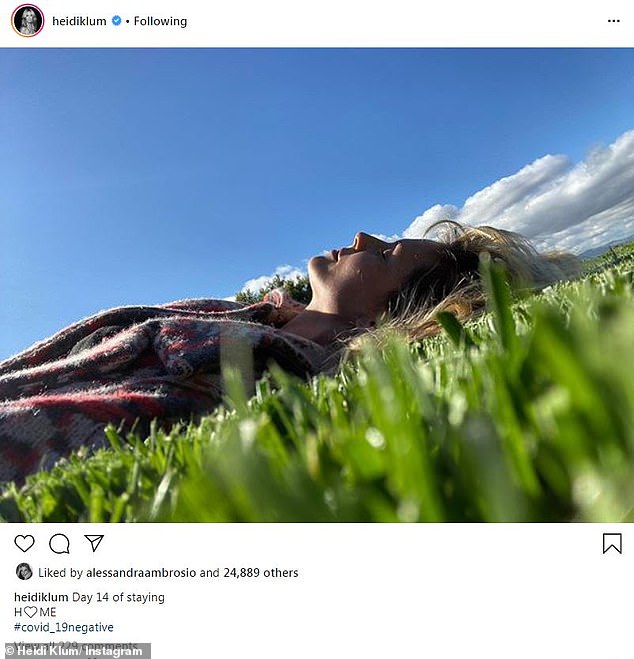 Phew! Last month, the former Project Runway host confirmed she had tested negative for the virus, which has claimed 82,135 lives globally

On vowing to bring America’s Got Talent back to screens in the near future, the record executive told The Sun: ‘All going well, because we’ve already filmed a lot it’s in the can.

‘I want to get it out as quickly as possible while everyone is at home because they’ve got nothing to watch. I don’t want to sit on all this material, it would be crazy. If everything goes ok, should be coming back at the end of July.’

WHAT ARE THE SYMPTOMS OF CORONAVIRUS?

Like other coronaviruses, including those that cause the common cold and that triggered SARS, COVID-19 is a respiratory illness.

Although having a runny nose doesn’t rule out coronavirus, it doesn’t thus far appear to be a primary symptom.

Most people only become mildly ill, but the infection can turn serious and even deadly, especially for those who are older or have underlying health conditions.

In these cases, patients develop pneumonia, which can cause:

Avoid people with these symptoms. If you develop them, call your health care provider before going to the hospital or doctor, so they and you can prepare to minimize possible exposure if they suspect you have coronavirus.

Heidi has been self-quarantining in her $9.875M Bel-Air mansion since falling ill on March 7.

Meanwhile, Simon’s Britain’s Got Talent will return to our TV screens on Saturday night, bringing a new batch of contestants hoping to wow the judges with their skills.

And according to Ant McPartlin and Dec Donnelly, both 44, this year’s biggest influence comes from the head judge’s five-year-old- son, Eric.

The show’s hosts joked in an ITV press release: ‘It’s all about Eric and what he would like.’

‘Everything he sees that he would normally have buzzed off in years gone by, now he’s like, “My son would love that”’.

As the auditions were prerecorded, viewers will be treated to all of the golden buzzer moments over the next few weeks, with the 14th series described by judge Amanda, 49, as ‘old school BGT’.

The radio host divulged: ‘We’ve got the eccentric acts, the bedroom performers, and then the people who have honed their act and worked for years and years on it but never quite made it.

‘As far as we’re concerned everyone deserves the chance, whether they’re brilliant or unpolished, because even the brilliant people have worked really hard for years and might just need a bit of BGT sparkle to push themselves to the next level’.

Amanda has been a judge on every series thus far, alongside Simon.

The outspoken star admitted she hopes her co-star’s recent weight loss will help him tap back into his ‘evil’ side.

Amanda shared: ‘It’s crazy because when you see someone all the time you don’t really notice when they are putting on weight. With Simon it was such a gradual thing, but I noticed immediately that he had lost weight. 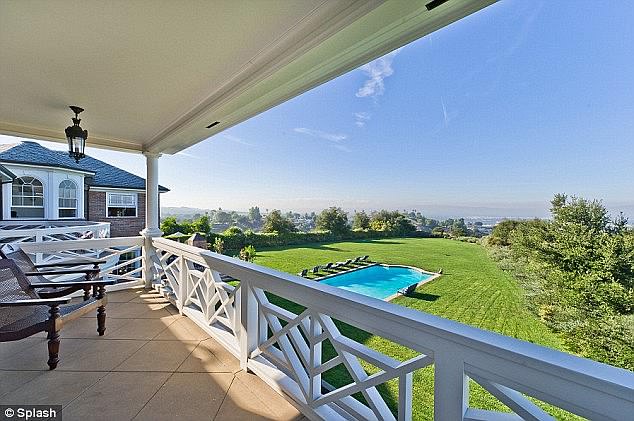 Recovery: The catwalk queen has been self-quarantining in her $9.875M Bel-Air mansion since falling ill on March 7

‘We finished auditions last year and then got back together two weeks later for deliberations and I said straightaway, “Right, what have been doing, because you look amazing!” He said what he’d started doing, the foods he’d been cutting out and how it had made such a difference in just two weeks.

‘So, I just feel happy for him. And I’m hoping that means he gets back to being more evil, because I think he’s gone a bit soft.

‘Now he’s back to his slimmer self, I think he’s going to go back to being Mr Nasty! Which I’m really praying for, because that’s who I love. I love evil Simon best of all!’ 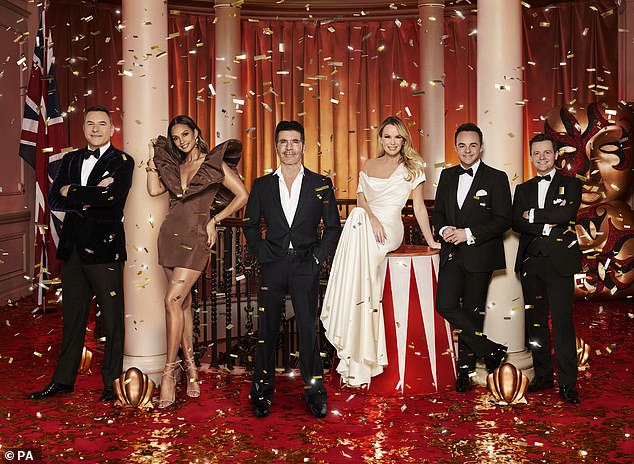