He’s been very open about the cosmetic surgery he’s had done and Simon Cowell continued to show off his smooth visage at the Dolby Theatre on Tuesday night.

The 59-year-old walked down the red carpet at the second round of the America’s Got Talent quarter-finals in California, showcasing his smooth complexion and gleaming smile.

He also showed off the results of his 20lb weight loss after adopting a vegan lifestyle and looked happy and confident.

Simon Cowell, 59, continued to show off the results of his cosmetic surgery (and that gleaming smile) at the America’s Got Talent’s quarter finals at the Dolby theatre on Tuesday

While his appearance might have changed a little over the years, one thing that hasn’t is his personal clothing uniform.

Simon was wearing his trademark black T-shirt, bootcut jeans and a pair of brown leather boots.

Pictures taken throughout the years suggest Simon started having Botox injections from 2009 onwards. 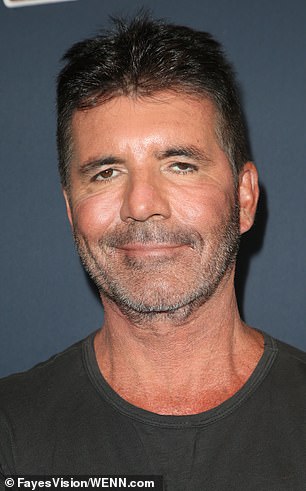 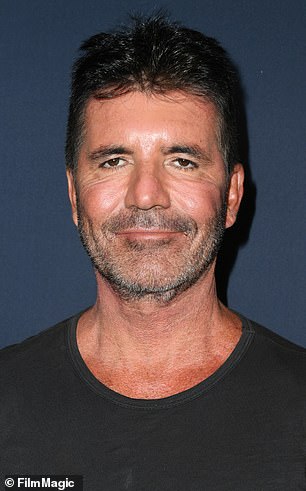 All change: He also showed off the results of his 20lb weight loss after adopting a vegan lifestyle and looked happy and confident

Last year, Simon admitted to having the facelift – but didn’t say when, and said the procedure ‘hurt like hell.’

He told The Sun that he visited cosmetic surgeon Dr Jean-Louis Sebagh, known as the ‘Picasso of dermatology’, for a Silhouette Soft Lift.

He underwent a non-surgical ‘sewing bioplastic-infused thread’ facelift that set him back £2000.

Simon explained: ‘For me now, it’s all about having clean skin. If you have clean skin, you look better. But you have to be very careful with some of this stuff.’

‘There’s lots of things you can do now. You don’t just have to stuff your face with filler and Botox.

‘It hurts like hell but it gets rid of sun damage and unplugs all the cr*p.’

Simon once claimed that using Botox ‘added 10 years’ to his TV career, but that he regrets going overboard with the procedure.

He said: ‘Hopefully I look better now – I probably did have a little too much Botox a couple of years ago, because everyone on TV has it.

‘Now I have facials, but nothing too extravagant at the moment. I have a girl who comes here and does a great face massage – it’s very relaxing.

‘I also had a sheep placenta facial once, which was quite out there.’

Sheep placenta facials were all the rage around five years ago and Victoria Beckham also famously took the plunge.

Unsurprisingly, the buzz started in LA, at the swanky Rodeo Drive clinic of dermatologist Dr Harold Lancer – Simon and Victoria are his clients.

Mr Alex Karidis, Plastic Surgeon at Karidis Clinic, told MailOnline that he believes the aged photo of Simon is an accurate representation of what he would look like.

Karidis said: ‘As we get older, gravity takes effect – the skin thins and there is a ‘deflation effect’ which occurs when we lose fat in our faces and skin starts to sag.

‘There is a saying, “fat don’t crack” and this is why sometimes, carrying a little extra weight can make the face look younger.

‘Because Simon has lost 20lbs recently, that weight loss shows in his face. With ageing, the neck starts to sag, as do the brows and the eyelids.’

He continued: ‘Some people opt to have their own fat injected into their face to combat this or a hyaluronic acid which may need to be injected two or three times.’

No doubt Simon, who has a net worth of more than £325million, has been keen to slow the ageing process.

In 2010, Louis Walsh claimed he was forced to undergo plastic surgery by his boss and X Factor sidekick Simon.

Louis said he reluctantly underwent an operation to remove fat from under his eyes after Simon insisted that the procedure was vital.

He claimed: ‘Simon said it was essential because of high-definition TV. The eye thing was all I’ve had done. There will be no Botox or anything like that.’

Louis also claimed that remarks from Simon led him to have his teeth fixed back in 2009 – but the mogul did at least settle the bill for him.