By Cole Moreton For Event Magazine

‘I have no idea what he’s talking about,’ says Simon Schama crossly, wanting to hit back at one of the critics of his blockbuster BBC series Civilisations. The review in question said it looked like television’s most distinguished historian had been driven mad by political correctness and would rather listen to a bullhorn being blown in a prehistoric cave than a proper masterpiece like Beethoven’s Ninth Symphony. ‘He says that I rhapsodise about the bullhorn in the cave. I don’t do anything of the sort. I say it’s haunting and it makes a very strange whooping noise!’

But that was not the only criticism of the series, which set out to tell the story of art in a new way, expanding to take in culture from over the world. Schama and his fellow presenters David Olusoga and Mary Beard went around the world, making connections with ancient civilisations in a way that many viewers found mesmerising, provocative and packed with insight – but others made harsh comparisons with the series that inspired it, Civilisation, presented by Kenneth Clark in 1969.

Simon Schama fiercely defends his blockbuster BBC series Civilisations, after critics have attacked it from all sides 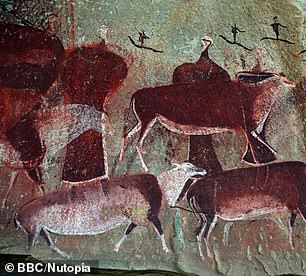 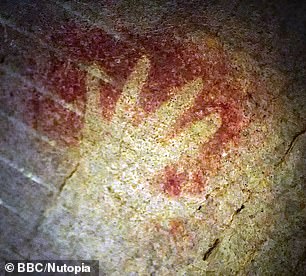 Astonishingly, the most hostile verdict came from the BBC’s own arts editor, Will Gompertz, who said Civilisations was a rambling mess: ‘More confused and confusing than a drunk driver negotiating Spaghetti Junction in the rush hour.’

Now Schama is answering back, having been particularly upset by a reviewer who accused him of insisting that cave paintings were as good as the works of Michelangelo.

‘I don’t for a second say that. What we do differently is to try to show connections between Western art and non-Western art when they’re historically true. Kenneth Clark knew this, he just didn’t tackle it.’

Can he give an example? ‘A moment of awakening happened when artists like Claude Monet and Van Gogh discovered Japanese woodblock prints. This is nothing to do with political correctness or multiculturalism. Japanese art liberates them.’

The commanding 73-year-old Schama lives in New York and teaches art history at Columbia University. He has published many critically acclaimed books including two volumes of a history of the Jewish people (with a third to come). But he’s best known as a TV presenter, striding across our screens in series like A History Of Britain and Simon Schama’s Power Of Art. 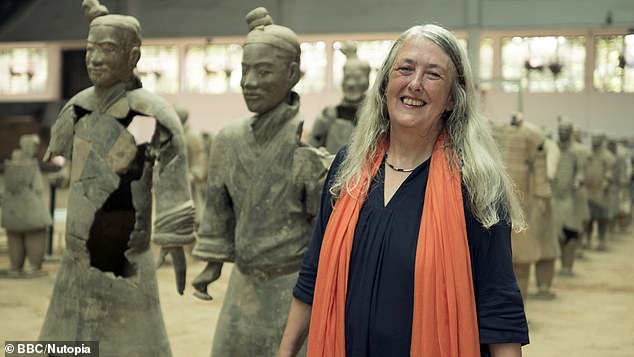 What was he doing when Clark’s original version was made? ‘Well, when Kenneth Clark was delivering the opening lines in front of Notre Dame cathedral, the student riots were going on. I was working in Paris in 1968. I was being lightly tear-gassed in Montparnasse. By mistake, actually: I was minding my own business in a café.’

His fellow presenter Mary Beard caused controversy in Civilisations by suggesting we should feel bad about how the British empire was built on ‘looting and plundering’. Did Schama agree? ‘No, I don’t share share Mary’s view at all. There’s no doubt that by the middle of the 19th century there’s a sense of arrogant, cultural superiority, although I would say that something as magnificent as the Ajanta Buddhist caves in India were rescued and restored by a British Army officer, something one should not forget. You find British scholars who are besotted with Indian culture. So I have a much more open-ended view. I’m not a defender of the plunder and vulgarity that went on, but I think it’s a much more two-way process than the anti-imperial caricature usually presupposes. That’s going to get me into trouble, but it’s what I believe.’ 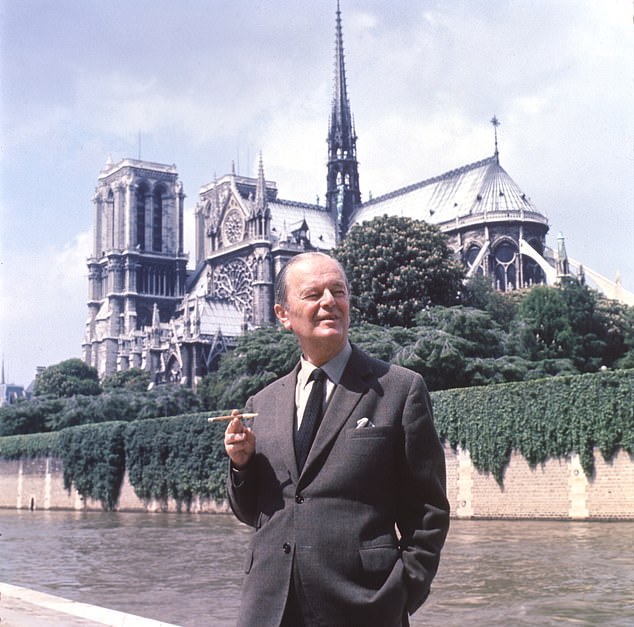 Simon Schama: ‘While Kenneth Clark was in front of Notre Dame, I was being lightly teargassed in Montparnasse’

Nor does he believe that we should turn away from the work of a great artist if his personal life turns out to be offensive in some way – from support of the slave trade to modern accusations of sexual assault.

‘Artists are often not very nice people. Rembrandt locked up his mistress in a mental asylum for years. That was an unforgivable thing to do, but we don’t throw away his art. If you expect creative artists to be pillars of morality, you’re in for a nasty shock.’

As an Englishman in New York, has he made this latest series as an antidote to Trump? ‘I hope so. Civilisations is about the importance of education, about thoughtfulness… not making policy in tweets.’

His next book will be about nationalism. ‘It’s called Return Of The Tribes, and it’s not a polemic. You have to give credit to the emotional force of national identity. So it’s cerebral as opposed to the screaming match which is going on right now. Then I’ll write volume three of The Story Of The Jews. Writing that will take me into what Gore Vidal called the springtime of my senility.’

And Simon Schama laughs, because right now that seems like a long way off.

‘Civilisations’ is on Thursday, BBC2 at 9pm. Schama appears at the Chalke Valley History Festival in June (see panel)

Where else can you hear Britain’s best writers and historians pitting their ideas against each other, against a backdrop of Roman centurions clashing swords, cannons booming and Spitfires soaring in the skies above? These are just some of the spectacles transforming a peaceful Wiltshire field for a week in June as part of the The Daily Mail Chalke Valley History Festival. Here, Event picks the festival’s most unmissable talks.

THE BURNING CHAMBERS: THE FRENCH WARS OF RELIGION 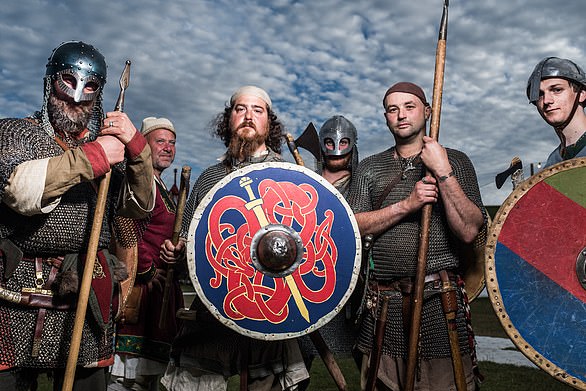 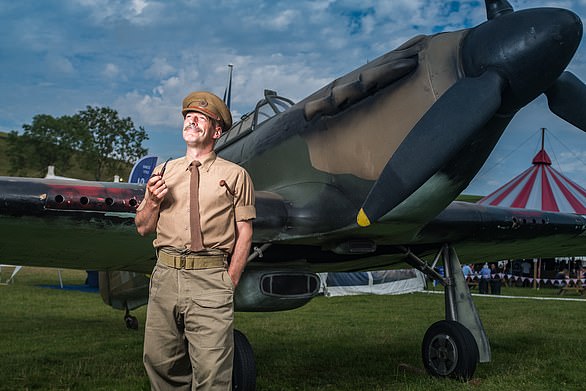 A Hurricane with a wartime army officer. Event picks the festival’s most unmissable talks

A DISGUSTING LOOK AT HISTORY: FROM THE BLACK DEATH TO THE ZOMBIE APOCALYPSE

A family event digging into some of the most revolting parts of history, from the bubonic plague to the myths of a zombie apocalypse. Ages: 6+, Jun 30, 11.30am

The MP talks to Tim Bouverie about the role of history in politics. Jun 30, 4.30pm

BELONGING: JEWS AND OTHERS

Simon Schama presents a cultural history spanning centuries and continents, from the Jews’ expulsion from Spain in 1492 to the brink of the 20th century. Jun 30, 6pm

IN THE MOUTH OF THE WOLF

Children’s author Michael Morpurgo recounts the tale of two of his uncles during WWII; Francis was a pacifist, while Pieter signed up to fight. Ages: 6+, Jul 1, 1.30pm

WARS OF THE ROSES: HOW A BATTLE WORKED

How did the armies fight? What really happened? As part of a new series of interactive events, the battles of Towton and Bosworth are reconstructed. Jun 30 & July 1, 5pm

For tickets and more information, go to cvhf.org.uk