She’s the former topless waitress who recently shot to fame on The Bachelor.

But on Sunday, Simone Ormesher kept her assets covered up, instead opting to flaunt her very pert derriere during an outing at Victoria’s Mount Martha Beach.

The 25-year-old office administrator shared a cheeky snap of herself sunbathing in a skimpy yellow G-string bikini.

Cheeky! On n Sunday, Bachelor star Simone Ormesher shared a steamy snap showing off her derriere during a day out at the beach

‘Good day for it’ Simone captioned the Instagram photo, her words were accompanied by a peach emoji and a sun emoji.

In the picture, the British native lay face down on a teal-coloured towel and kept her face obscured from the camera.

However, the stunner’s delectable derrière was on display, as were the soles of her feet, while her toes were buried in the sand. 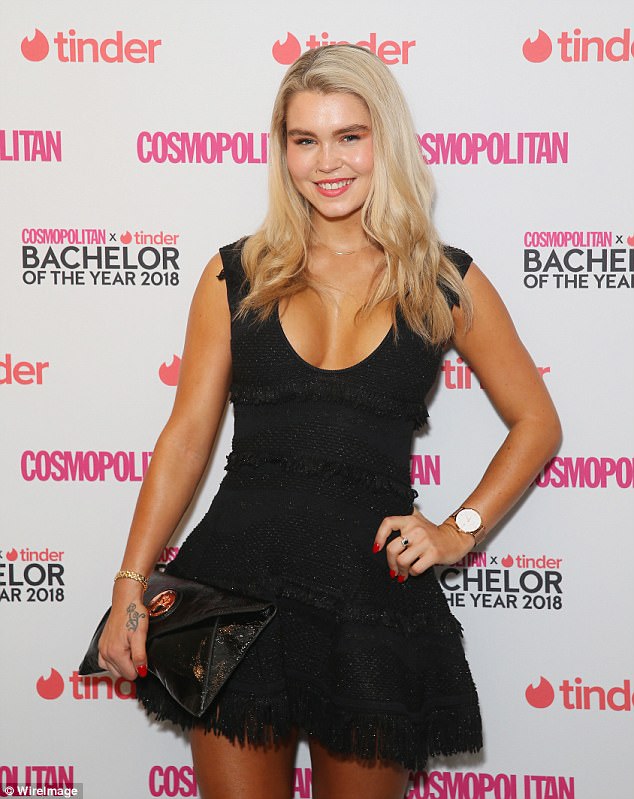 Blonde beauty! Simone shot to fame after appearing on this year’s season of The Bachelor

Given the harsh rays of the Australian sun and her alabaster skin, it’s hoped Simone applied lashings of sun cream to her bottom to avoid a nasty sunburn.

It’s unclear who was tasked with taking the steamy photo of the blonde, but it’s believed to the handiwork of fellow Bachelor ‘bestie,’ Florence Alexandra Sophia.

Dutch-born Florence also took to Instagram on Sunday to share pictures from a day out at the seaside. 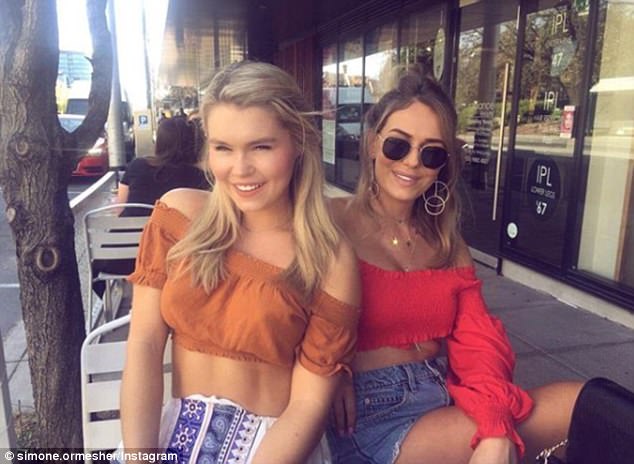 Bachelor besties! Simone (L) and Florence (R) have been inseparable since their time together in The Bachelor mansion earlier in the year

Indeed, the two expats have been inseparable since their time together inThe Bachelor mansion earlier in the year.

Simone was booted from The Bachelor after ‘inappropriately groping’ Matty J, by placing a love heart sticker near his nether regions on a group date.

It’s believed that Simone has yet to find ‘The One’ and is single. 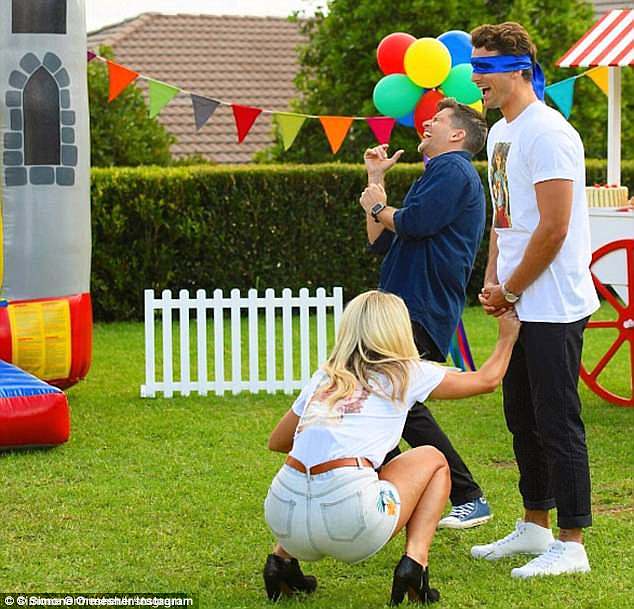