Perfect eggs-ecution! Robot chef impresses tourists by whipping up the perfect omelette at a Singapore hotel

If you can’t be bothered making your own breakfast, a stay in Singapore might be the solution for you – as they now have robots that can make you an omelette.

Ankit Vengurlekar, from Mumbai in India, was visiting the south east Asian country when he made the incredible discovery earlier this month.

The podcaster decided to film the technology in action – and was very impressed with the results.

In the clip, tourist Ankit Vengurlekar chooses the ingredients he wants – ham, onion and peppers – before placing them in a small strainer at the hotel in Singapore 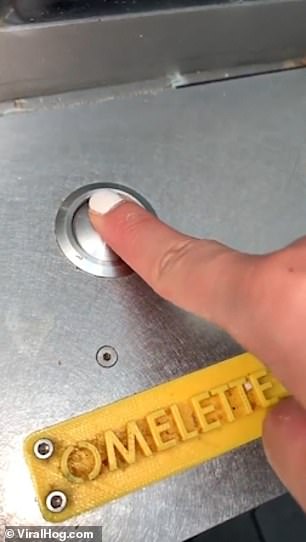 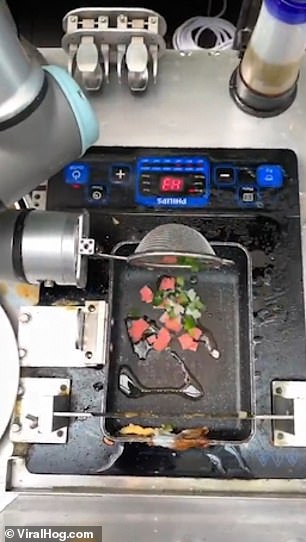 He then presses the omelette button, and the machine springs into action – placing oil in the pan before tipping in the ingredients for frying

In the clip, Mr Vengurlekar and his friend place peppers, onions and ham into a small strainer before pressing the ‘omelette’ button.

The robot chef, at the Studio M Hotel, then springs into action, pouring oil into a pan before tipping in the ingredients the tourist chose.

It leaves the food to fry briefly before tipping in a pre-prepared egg mixture – at which point the robot-made omelette convert exclaims: ‘This is absolutely mind blowing.’

The robotic arm then uses a spatula on the mixture before flipping the omelette over, leaving it a ‘nice golden brown’.

Mr Vengurlekar evidently approves of the contraption, saying: ‘That’s it, I want one of these at home. It’s too much to get up in the morning and make breakfast.’

Autonomous Service Chef Robot, or AUSCA, debuted in November 2017 and has delighted and amused visitors to the hotel ever since. 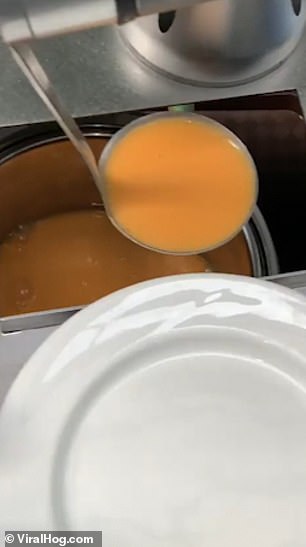 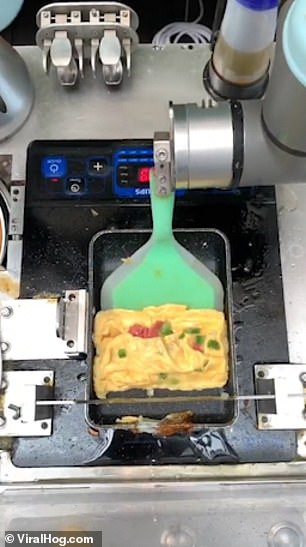 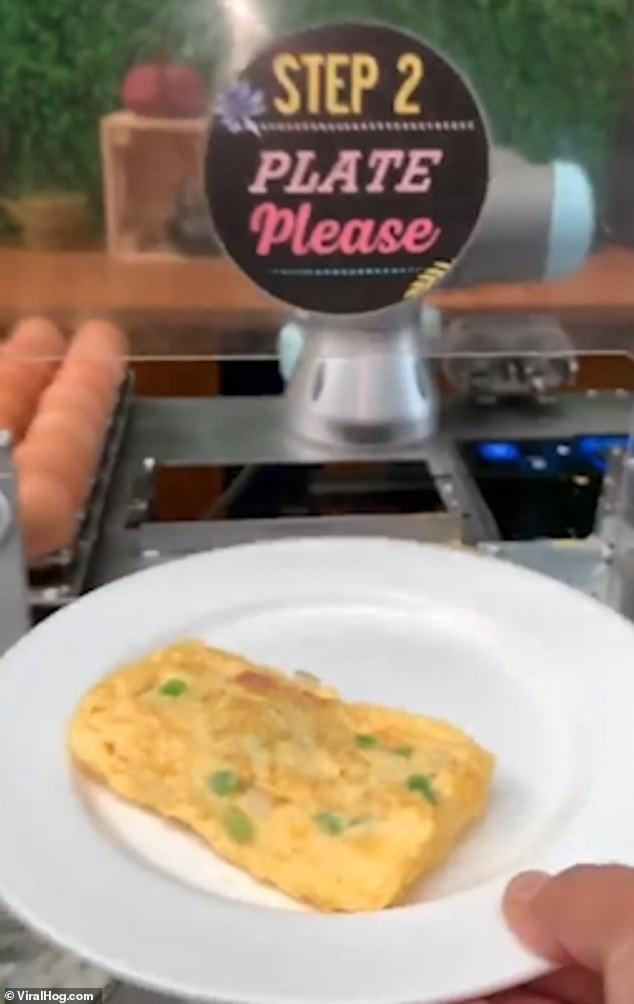 The tourist is evidently pleased with his food, saying: ‘That’s it, I want one of these at home. It’s too much to get up in the morning and make breakfast’