Single mother rejected by man on Plenty of Fish website

A single mother was rejected by a man on the Plenty of Fish dating website as he was repulsed by the idea of her ‘cleaning someone else’s a**’.

Chloe Hawke, from Bodmin in Cornwall, had been chatting to ‘Chris from Devon’ for a couple of days.

He was initially keen and showered her with compliments until she mentioned her one-year-old son Noah.

Disgusted by the comment Miss Hawke said: ‘Anyone who doesn’t respect me as a mother is just not worth my time.’

She has now spoken out about her experience in a stark warning to other women searching for love online. 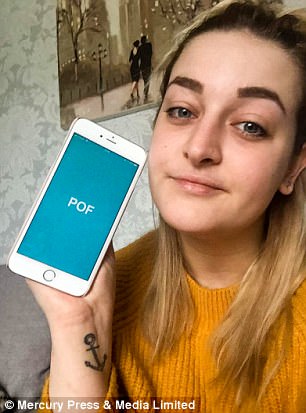 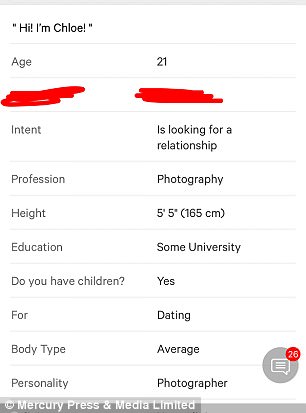 Recalling the incident she said: ‘We spoke for a couple of days, telling stupid, funny jokes and then he said “you seem interesting, tell me more about yourself”. As soon as I said I was a single mum, that’s when he said it.

‘The tone turned completely. He replied “You wipe your child’s a** when he’s had a s**t? F**k being with someone who cleans someone else’s a**.’

‘As soon as he said that he was an utter a**hole in my eyes. I blocked and deleted him straight away.

‘Anyone who doesn’t respect me as a mother is just not worth my time.’

Miss Hawke, a photographer, had decided to sign up for the dating website after several of her friends had success in finding love online.

She said: ‘I’m a single mum but I’m also 21, still young, so I thought I’d download Plenty of fish and see what happens.

‘I know a couple of close friends who have Plenty of Fish and have said it’s worked for them too, so thought it wouldn’t hurt to try it out.

‘I’m a person who likes to joke around and have a laugh and I guess people either get that sense of humour or they don’t.

‘Me and Chris were only talking for a couple of days. My description clearly states I have a child so he obviously didn’t read that.

‘I’m glad I didn’t put effort in talking to him loads for that to come up. I’m glad it was done quite quickly.’ 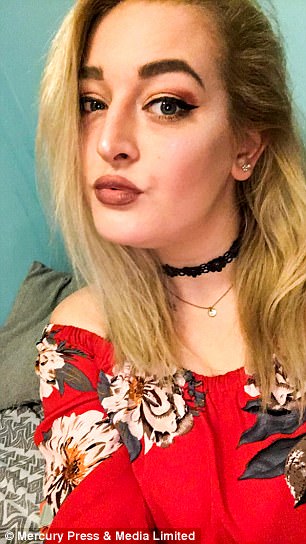 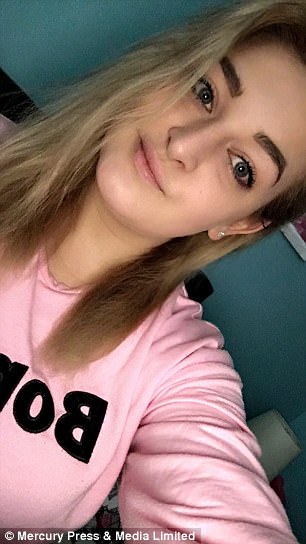 She is now urging other mothers not to get despondent while looking for love.

She said: ‘Honestly, one person doesn’t signify how everyone else is, but it shows there are immature people in this world.

‘My general message to other young mums is that even though you’re a mum, you’re still you.

‘Someone will fall in love with you and respect you, it just takes time. I believe it takes longer when you’re a mother because you have your head screwed on and you don’t fall for the immature ones.

‘Having a child makes you more grown up, so I think you’re more careful with who you choose to come into your life.

‘It might take a while, but it’s definitely worth it when you find someone who gets you.’