Single mum left with £1,318 bill after already pumping hundreds of pounds into ‘no deposit’ scheme

Moving house is time consuming and stressful. For renters, sometimes the upfront costs can make it unaffordable.

The biggest upfront cost is usually the tenancy deposit. They’re expensive, and getting more so, with average deposits in the UK now standing at £1,110.

And even with the Government’s plan to cap deposits to six weeks’ rent, in most cases the tenant will have to dish out on a new deposit before an old one is returned, causing many to resort to credit cards and loans in order to secure their new home.

With this in mind, it’s no wonder alternatives are cropping up.

Most of these alternatives take the form of insurance policies – the tenant will pay a premium each month in lieu of a deposit, which will then pay out for damages at the end of the tenancy.

But This is Money has learned of a new scheme which on the surface looks similar, but leaves tenants liable for potentially hundreds of pounds in claims at the end of their tenancies.

Leaders Romans Group, a letting agency which operates across the country, introduced a new scheme last year which it calls its ‘no deposit option’.

Under the scheme, tenants pay a ‘small monthly fee’, instead of an upfront deposit.

However, this fee does not protect the tenant from future claims, and instead goes straight into the agents’ pocket.

This means that once the tenancy ends, Leaders then comes knocking for any claims the landlord might have – under the threat of court action.

This is Money spoke with Claire, who signed up to the scheme last year.

Single mum was left with £1,318 claim after already pumping hundreds of pounds into the scheme

Claire is a single mum with three children who was offered the ‘no deposit option’ while taking up a new tenancy with Leaders in June.

Emails seen by This is Money from Leaders reveal that Claire was told this would be the landlord’s preferred option, which led her to think that if she went with the scheme, it would give her a better chance of securing the house. 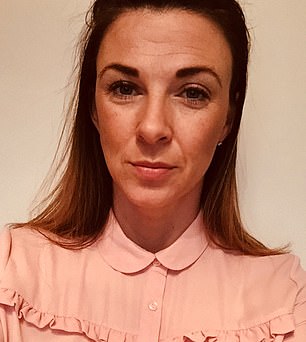 She also claims that at the time, it wasn’t made clear that she would be liable for damages at the end of her tenancy, though Leaders disputes this.

Claire took the no deposit option for a monthly fee of £76.80 – but soon after moving into her new home, problems began to occur.

Claire found that the outside decking was rotten and had holes in it, rendering the outside space unusable.

The toilets didn’t flush correctly, and the shower leaked causing considerable damage to the carpet, floor and walls.

Claire decided to end the tenancy early due to the poor condition of the property. In total she’d paid £537.60 for the no deposit option over seven months in the house.

But after she left the property she was sent an email from Leaders informing her that she was being pursued for £1,318 in claims from the landlord, most of which she feels are unfair.

For example, one of the items she’s being charged for is redecoration of the hallway after water damage from the shower leak.

Are there better options for tenants who can’t afford a deposit? 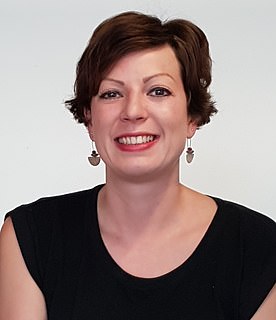 Hannah Slater, of campaign group Generation Rent, said: ‘Claire is not the only tenant in this position.

‘Deposit alternatives are tempting because they reduce the upfront cost of moving, but tenants should read the small print very carefully to understand their liabilities, the claims dispute process, and whether the letting agent is getting a commission if they sign up.

‘Some products are better than others, but those which charge a monthly fee rather than a one-off or annual fee quickly end up being very expensive.

‘We need to improve the traditional deposit protection system by speeding up processing times and passporting deposits between tenancies to help private renters with the upfront cost of moving.’

On the day she was sent the final summary of the claim she was given a 5pm deadline to pay or face arbitration, which would cost a further £120.

Leaders didn’t notify Claire of this by any form other than email.

When This is Money took Leaders to task on this, it replied: ‘This is not standard practice. Claire had 30 days to come back to us.

‘In this case, on the basis that there was no response for eight days, the property manager thought it was clear Claire was disputing the claim, so wanted to move the case to adjudication quickly to get a resolution for all parties.

‘In hindsight we moved too quickly. However we waived the £120 adjudication fee entirely.’

Claire says Leaders has not been in touch to let her know that this charge has been waived.

In emails to Claire, Leaders said that if the arbitrator confirmed tenant liability, the matter would be left to the debt recovery team, and may ultimately end in court action.

Claire is currently preparing her evidence for arbitration, but is concerned that she must submit her evidence through Leaders before it reaches the independent arbitrator.

When asked whether Leaders felt it had mis-sold the product to Claire, the agency replied: ‘This product helped the tenant move home while her other deposit was still tied up.

‘All of the paperwork we provide makes it clear that our tenants are not tied into a contract, it is their choice and that they can move back to a traditional deposit at any point.

The NDO advertised on Leaders and Romans websites. ‘Pay a little, live a lot’, says Leaders

‘The monthly fee in relation to the no deposit option also included Claire’s rental payments being registered with Experian and an Energy Tracker.

‘Leaders has subsequently replaced the no deposit option with a residency membership which provides additional benefits.’

The no deposit option is still advertised on Leaders’ website, and at the time of publication there is no ‘residency membership’ advertised on the site.

From June, letting agents will no longer be able to charge tenants any additional fees when they sign up for a new rental property.

The ban was brought in after evidence emerged showing that agents were routinely overcharging tenants for simple tasks – many of which they also bill landlords for – either as part of standard agency fees or as extras.

Citizens Advice found that 64 per cent of tenants experience problems paying letting agents’ fees, and 42 per cent have to borrow money to cover the cost.

Meanwhile a report from the charity Shelter found that nearly one in four people in England and Wales feels they have been charged unfair fees by a letting agent.

This is great news for renters, but means letting agents will lose a lot of money, which some may try to recover in different ways.

If you are moving into rental accommodation, keep an eye out for hidden costs.

If you feel you are being taken for a ride, Citizens Advice can offer free impartial advice.