A single mother took her children out of school for four weeks after realising she could secure a cheap holiday thanks to heavily discounted Covid travel deals.

Sasha Smolova and her sons Aleks, eight, and Andrey, six, jetted off to Malta for a month for just over £1,000.

Ms Smolova says Coronavirus meant it was the only time she and her sons would ever be able to afford to spend so long away from home in the sun.

She bagged bargain £150 return flights from RyanAir, and 28 nights in a range of four star hotels for half the price she says it would have cost her if it wasn’t for the virus.

It meant her children were out of the country for four weeks, followed by another two stuck at home self isolating, returning to school on November 16.

But she still says more single mums like her should take advantage of people’s current fear of flying to grab themselves a bargain break.

Ms Smolova said: ‘I hadn’t got any bookings for October for work. I checked with my friends in Malta and the weather was great. I risked it. It was still scary to do so.

‘But for us Corona was a bonus.’ 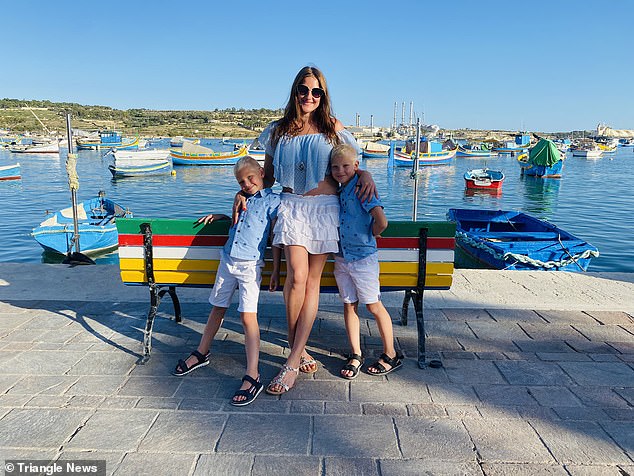 Ms Smolova and her sons Aleks, eight, and Andrey, six, (pictured) jetted off to Malta for a month for just over £1,000 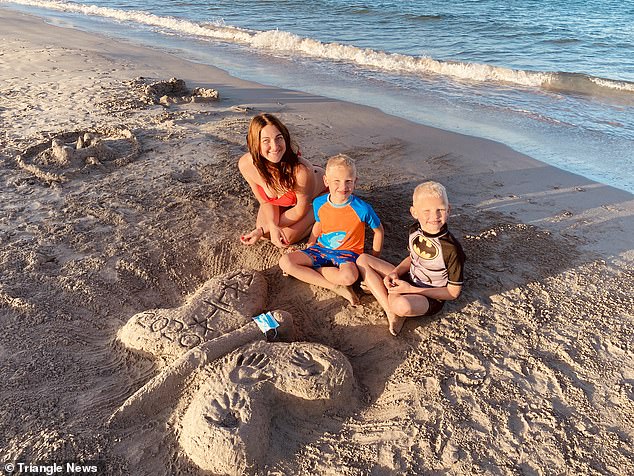 She bagged bargain £150 return flights from RyanAir, and 28 nights in a range of four star hotels

Miss Smolova says she works three jobs to make ends meet – as a photographer, interpreter and as a sports instructor at an activity centre.

She saves hard to be able to go on short holidays with her kids three times a year, but admits she has never been able to afford a month-long break – until the pandemic.

It means flights and hotels were available at knock down prices for anyone brave enough to snap them up.

She says taking her boys to Malta meant they missed out on four weeks of school but two weeks of the trip were in the October holidays. 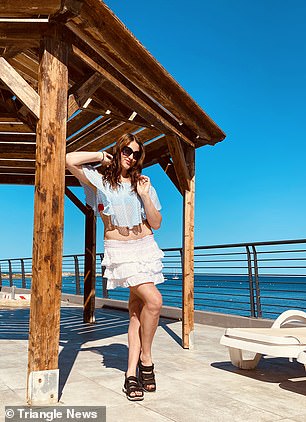 And she says they learnt things abroad they would not have learnt in class.

‘Usually we are a family that travels three times a year,’ she explained.

‘Going on holiday boosts your mental health, even if you’re not struggling, it makes you positive and happy.

‘I’m a single mum and when you go on holidays and spend quality time with your kids with no clients, no work, nothing…I have three jobs, I’m always busy and I don’t have a lot of time when they are home.

‘I do a lot of different sports with them, but when you’re on holiday you just enjoy each other.’

Recent holidays in past years have included Fuerteventura, Bulgaria, Lanzarote and Latvia.

But the family were forced to accept they wouldn’t be able to get away in August on their usual trip.

By late September, Miss Smolova, of Peterhead, Aberdeenshire, said she had started to think risking a trip would be worth the worry.

‘I saw a few people were travelling,’ she said.

‘I knew the government was suggesting not to go on holiday but then I was constantly checking which countries you can go without self isolation and we reached the point that I found Malta had changed it that on arrival from the UK you don’t need to self isolate.’

The trio had been there last year when the hotel alone for a fortnight in August cost more than their entire holiday this time around.

Miss Smolova said: ‘The tickets were extremely cheap compared to last year when we were there with the kids. 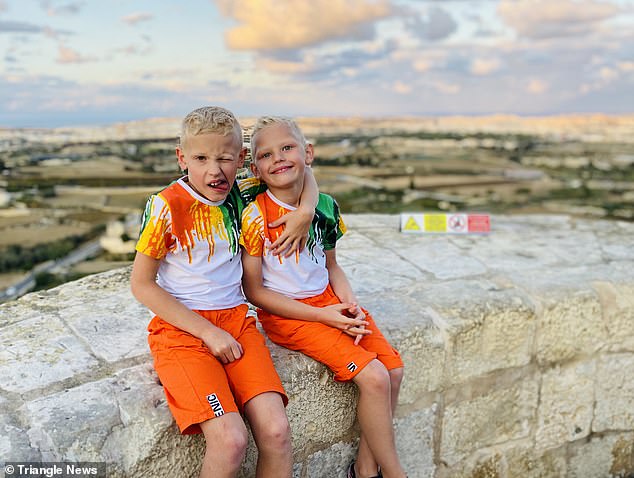 The holiday meant her children (pictured) were out of the country for four weeks, followed by another two stuck at home self isolating, returning to school on November 16

‘Last year we went for two weeks and I couldn’t afford a posh hotel or even hotels so I rented a flat. This time we stayed in three different hotels and RyanAir offered that if you’re buying tickets you were allowed to change your dates or destination free of charge.

‘Everything was supportive even though you were not really allowed to go.

‘I don’t care less where I go as long as there is sun and it’s hot. I check flights and see in Europe where they’re cheaper.then ‘ll go to see what apartments i can rent. My key is flexibility.’I

The family flew out on £150 Ryanair tickets on October 3. Aleks and Andrey were taken out of lessons for a total of three weeks and only returned on November 16.

Because the mum-of-two was worried about temperature checks at the airport she initially only booked two nights at a 35Euro hotel, meaning if any of them couldn’t fly they would barely waste any money.

And when they arrived, there was so little demand they checked into two four star hotels for the rest of their stay, only returning to the cheap one to fly home on October 31.

The family then had to isolate for a further two weeks on their return to Scotland, meaning they were with on holiday or stuck at home for six weeks in total.

Miss Smolova said they were incredibly lucky with the weather, with their arrival seeing 32C temperatures which only waned to 25C on their last day.

‘October is out of season already, waterslides closed the day we arrived, but the sea was extremely warm just like in August and we could swim in the pool in the hotels,’ she said. 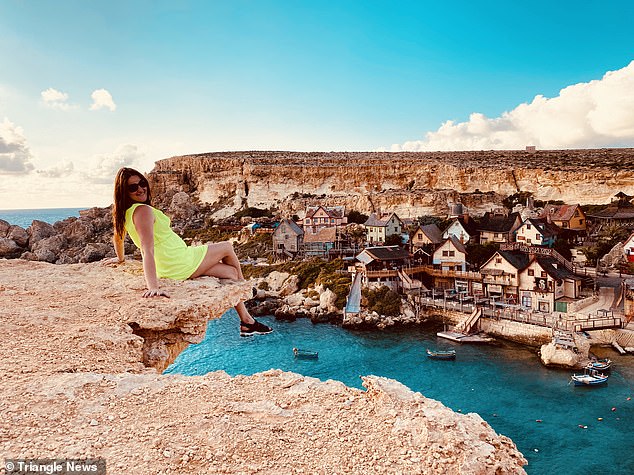 ‘We all got extremely good tans, it was hot, we wore skirts and shorts. There were less people there.’

She understands she may be criticised for taking her boys out of school – but says it doesn’t bother her.

‘It doesn’t bother me at all and to be honest coronavirus changed my mind,’ she admits.

‘Noone teaches you at school how to be happy in life. Coronavirus, it’s a bonus, because all education, both my kids education, is online and all of the things they are doing in class is online.

‘I printed out the things they needed to learn and we were practising on holiday. Two weeks self isolation – all the info is online. I gave them tasks. It was not an issue at all.’

Now she says she wouldn’t rule out travelling again during the pandemic to make the most of cheap holidays.

She added: ‘Happy mum, happy kids. And none of us had corona. Malta was the longest holiday of my life – it was great!’