Single people coped better with lockdown than those in unhappy relationships, study finds

Experts from Danube University surveyed more than 1,000 Austrians a month into lockdown to get a picture of the link between relationship status and emotion state.

People in an unhappy relationship were three times as likely to suffer from anxiety and depression than singles or happy couples, the team discovered.

Those who were happy in their relationship fared best out of all groups, showing a higher general level of mental health wellbeing than singles or unhappy couples.

The findings of the survey ‘underline the fact that not only but especially in times like this, the choice of partner should be carefully considered,’ the team wrote.

As part of the study, the Austrian researchers wanted to better understand the impact a catastrophe – such as a pandemic – could have on mental health.

They evaluated differences in several common mental health and wellbeing measures during the Covid-19 pandemic and related lockdown measures.

As Covid-19 spread quickly throughout the world, most governments implemented restrictions to prevent the uncontrolled spreading of the virus.

Although social distancing and other measures such as the use of personal protective equipment helped to contain the spread, they also seemed to negatively affect mental health, according to the Austrian researchers.

However, there seemed to be a link between how severely impacted someone’s mental health was by the virus and their relationship status. 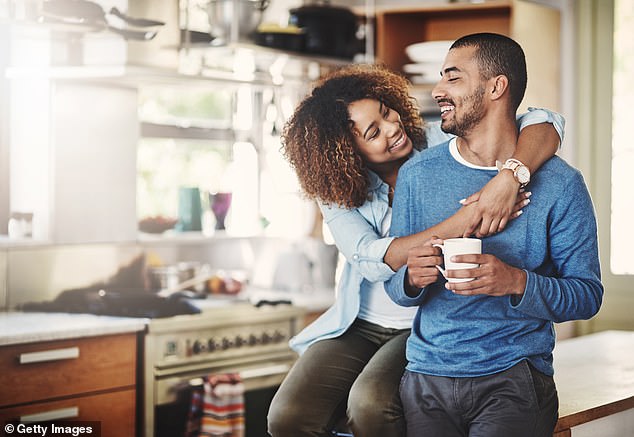 Those who were happy in their relationship fared best out of all groups, showing a higher general level of mental health wellbeing than singles or unhappy couples. Stock image

An unrelated survey from India showed that married participants had 40 per cent lower odds of developing anxiety during lockdown than singles people.

However, a study from the US found that discord in a relationship could be associated with higher risks for mood and anxiety disorders.

To get a picture of the true impact of lockdown on a relationship the researchers created a survey that used a number of common psychological tools.

To assess the relationship they used the quality of marriage assessment, and then used key stress, depression, anxiety, wellbeing, sleep quality and quality of life tests to understand the mental health of the people responding to the survey.

It was also better not to be in a relationship during a pandemic than in a poor quality one, the authors discovered, finding singles performed better on mental health scores than those in an unhappy pairing.

The prevalence of depressive symptoms increased as relationship quality decreased – from 13 per cent showing depression to up to 35 per cent.

‘Relationship per se was not associated with better mental health, but the quality of the relationship was essential,’ the study authors wrote. 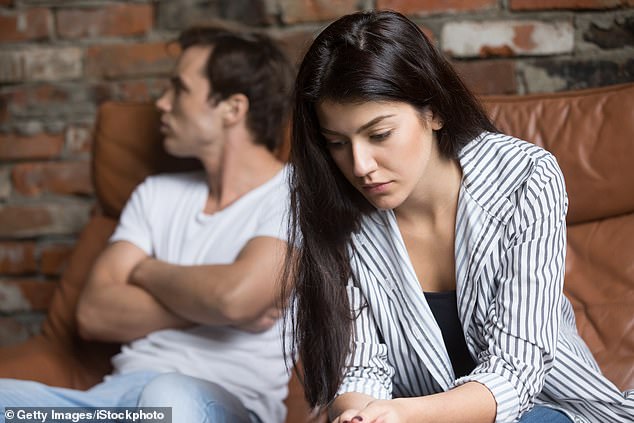 People in an unhappy relationship were three times as likely to suffer from anxiety and depression than singles or happy couples, the team discovered. Stock image

There were limitations to this study, according to the team, who said it would have been better to have also surveyed the same people before coronavirus to get something to cross reference possible changes caused by coronavirus.

Only self-rating scales were used to assess mental health without an additional clinical interview or assessment that would normally be carried out.

This makes the interpretation of the results, which also came from a relatively small sample size ‘rather vague,’ the team explained.

The findings have been published in the journal PLOS One.