Not quite love at first sight! Singletons reveal their toe-curling blind date stories including a man who said his date was FAT

Going on a blind date can be very nerve racking, but it can also make for an amusing story if things don’t quite go to plan.

Singletons from across the globe have shared some of their most cringeworthy experiences so far – and if these awful anecdotes are anything to go by, you’ll be put off dating for life!

There has been no shortage of stories on Whisper, as women recall their terrible first dates, from people who asked them to dye their hair to others making inappropriate comments about their weight.

Here, FEMAIL picks the most awkward first date blunders that will make your toes curl…

Sparks can fly on a good first date, but the bad ones can be cringeworthy, awkward and downright uncomfortable. This anonymous redheaded woman shared on secrets app Whisper that her date asked if she could dye her hair a different colour because ‘ginger hair is ugly’ 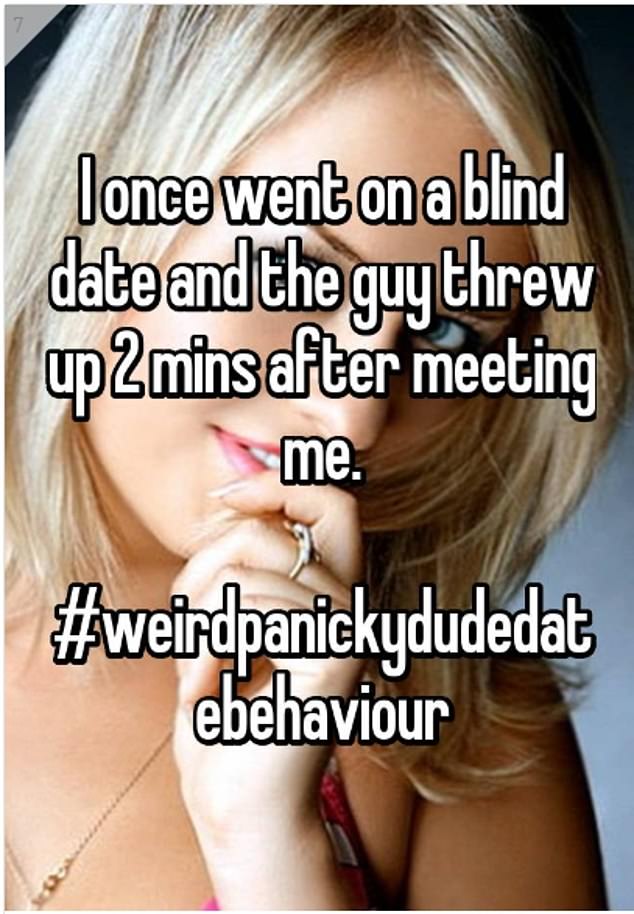 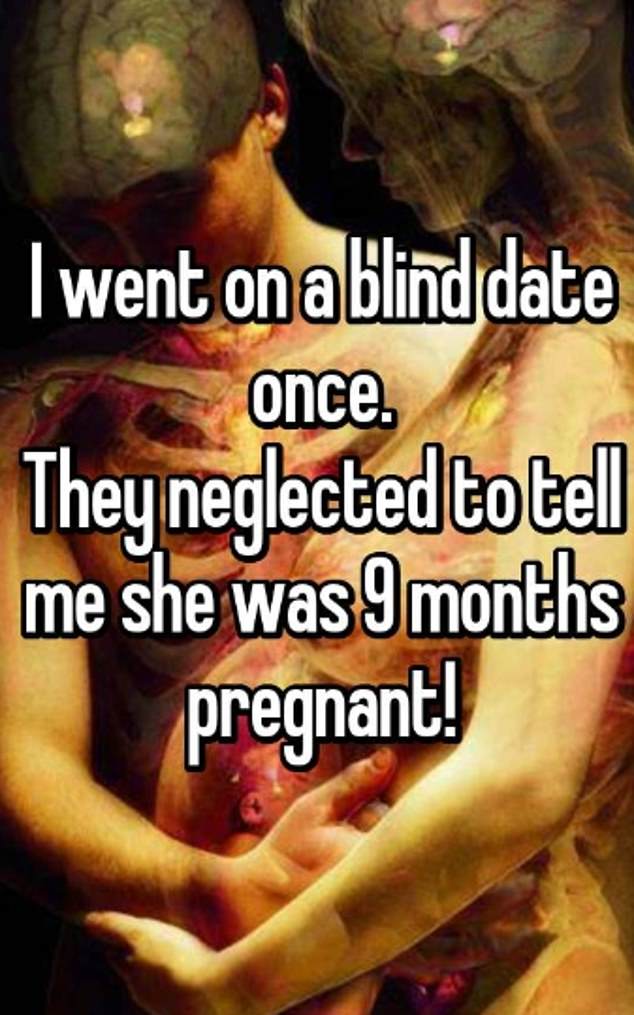 Another anonymous user went on a blind date, only for the person to arrive nine months pregnant (which she hadn’t mentioned beforehand) 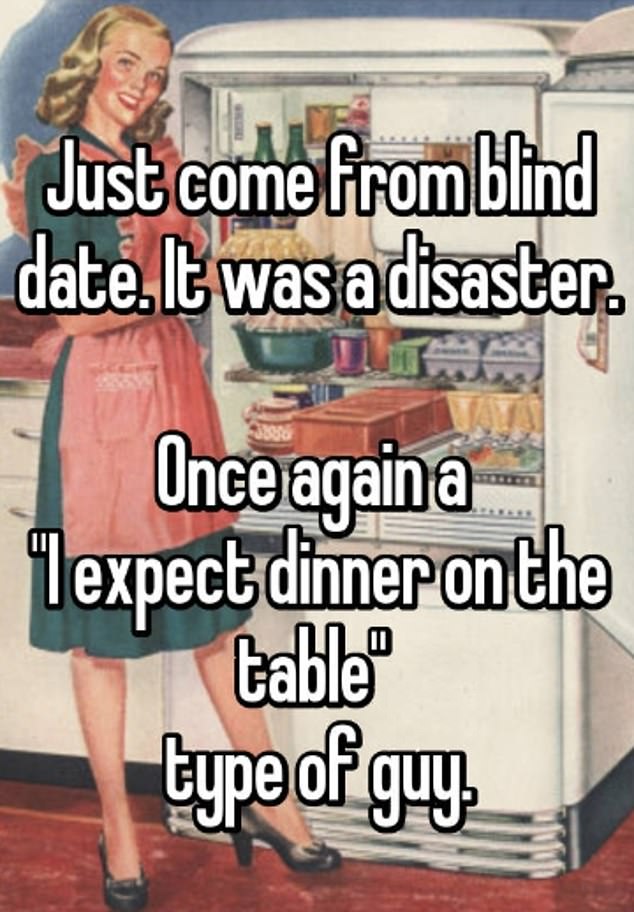 Initially excited for the date, this woman ended up being disappointed after accusing her partner of being sexist and outdated 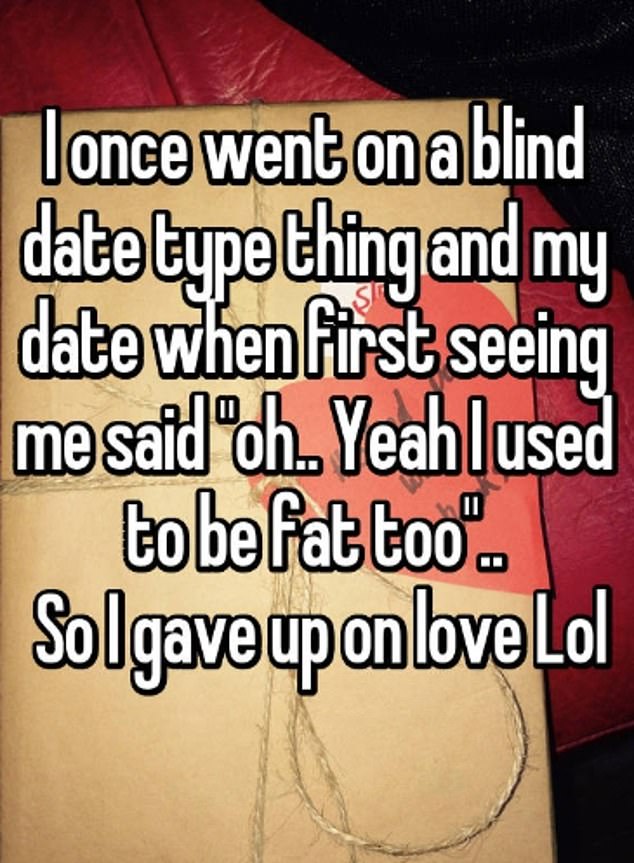 Arriving to her night with high expectations, her date crushed any hope by calling her overweight in a roundabout way 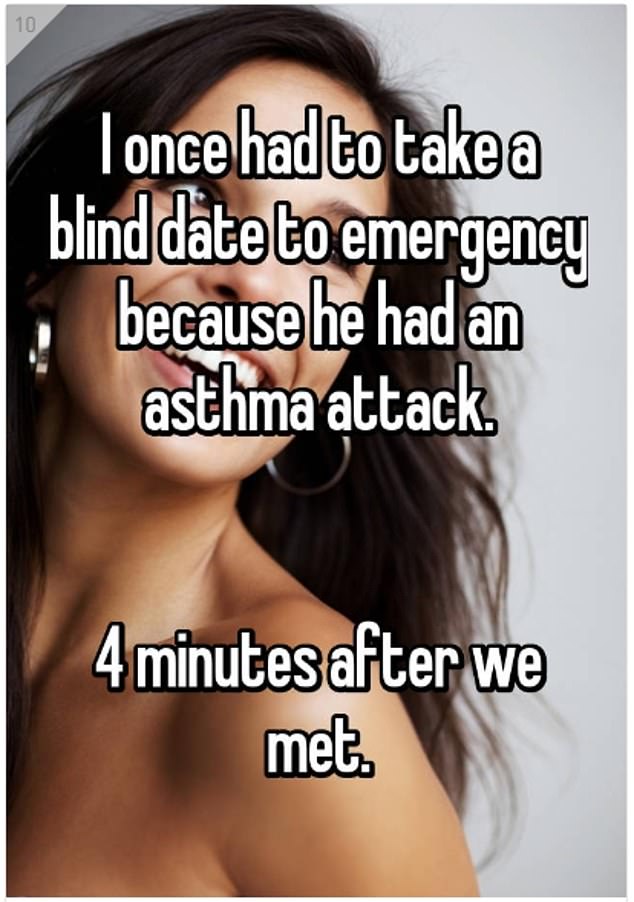 Four minutes after meeting her date, one woman had to take the person she met to hospital almost straight away 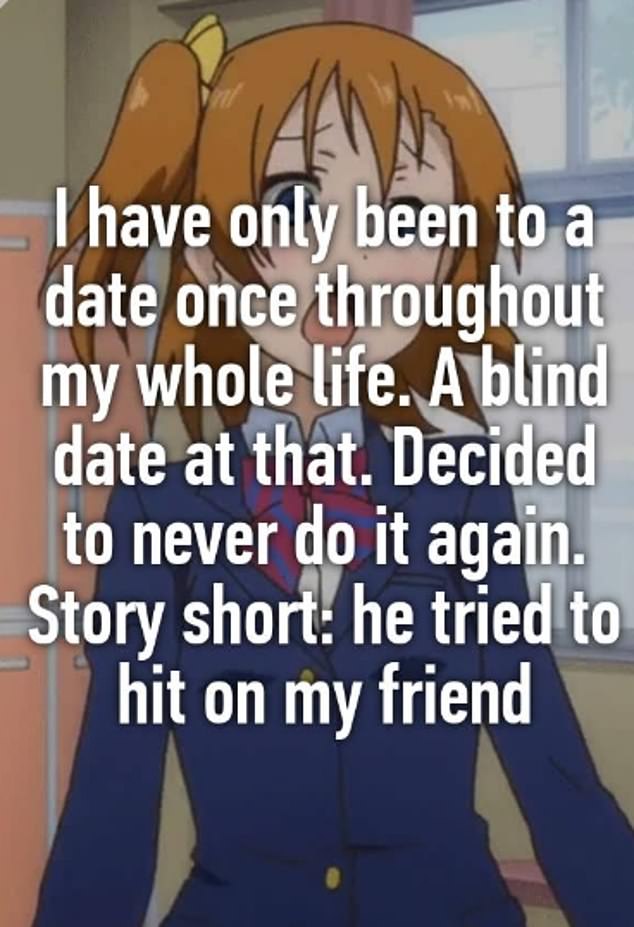 This person had never been on any kind of date in their life, never mind on a blind date. But when they got there, instead of hitting it off, the person’s date tried to hit on their friend 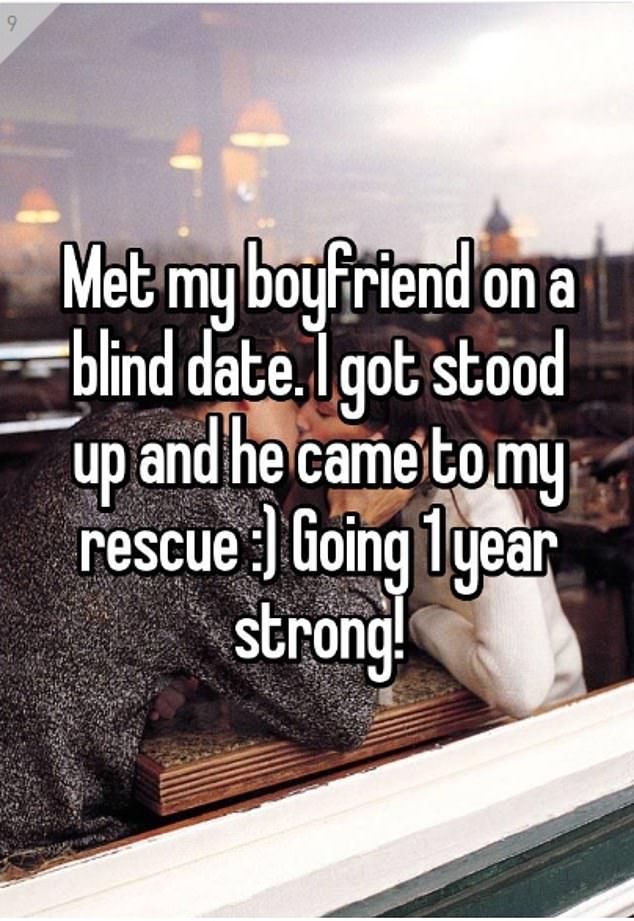 This person met their boyfriend on a blind date, but he wasn’t the person they were meant to be set up with. Instead, he came to their rescue when they had been stood up and they have stood the test of time 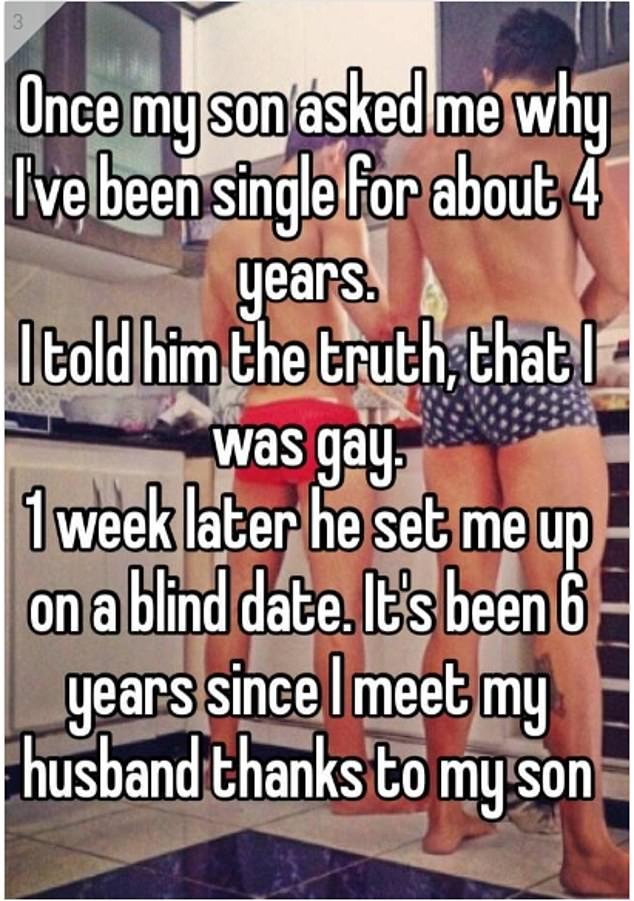 Once a son asked his dad why he had not been on a date in years and it was because he was gay. A week later his lad set him up on a blind date. Now, he has been with the blind date for six years 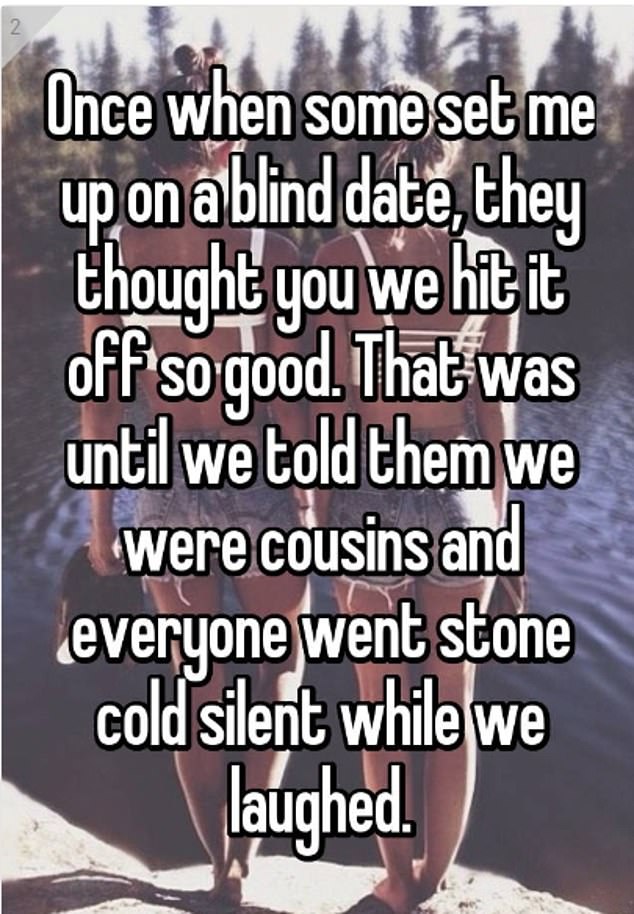 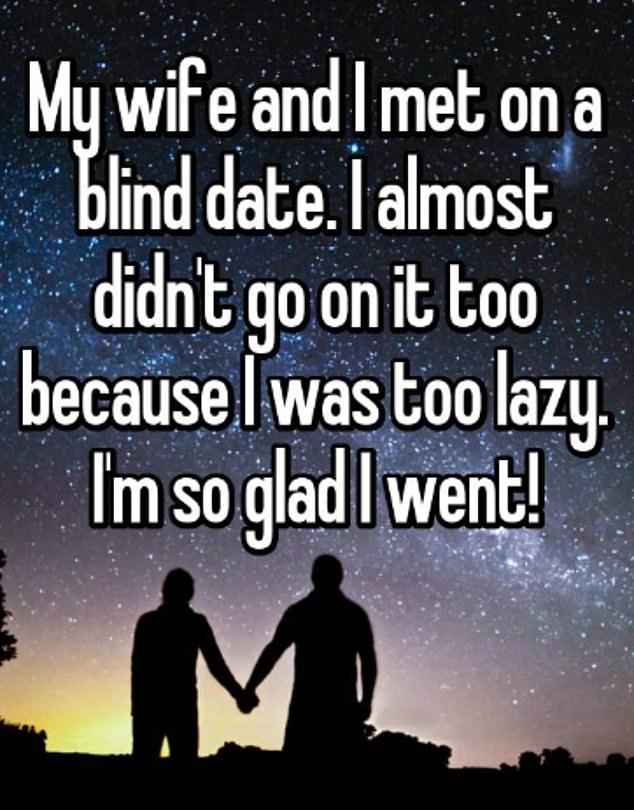 One person nearly did not turn up because they were so lazy, but in hindsight they were thankful they ended up going because the date went on to become their wife 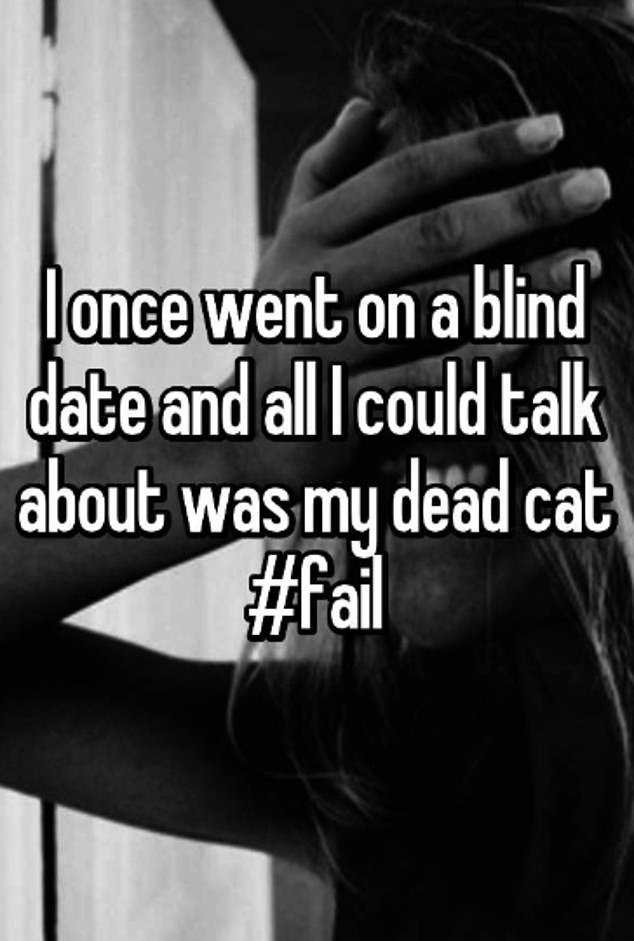 It’s difficult to think of things to talk about on blind dates, but this person found it that difficult they could not get off the subject of their dead cat 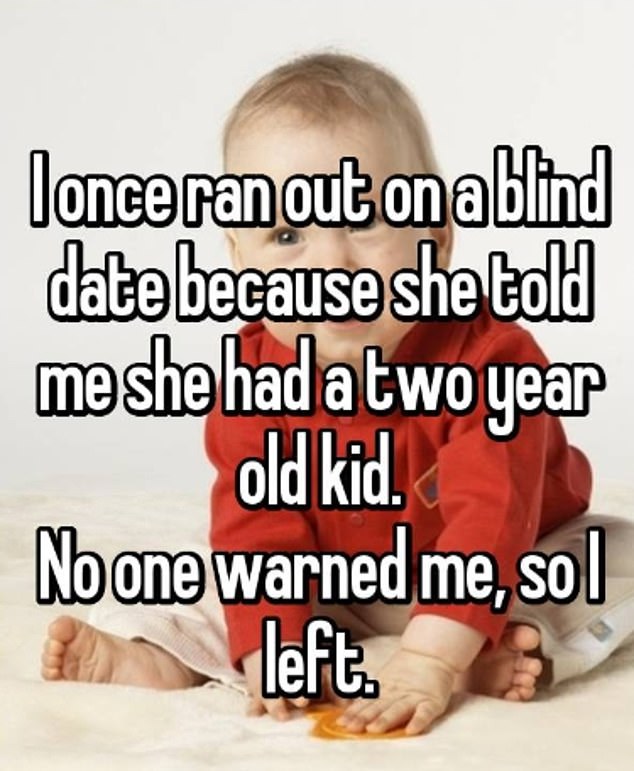