Sinkhole that is 40ft deep opens in Cornish car park

A 40ft deep hole has opened up beneath a car park built on top of a disused Cornish mineshaft.

Devon and Cornwall Police rang an engineer who was then tied to the officers’ car and slithered across the tarmac to assess the enormous crater in St Ives.

The area was fenced off on Saturday and work has been underway to stop it widening and affecting nearby homes. It is currently about 3ft wide at the surface. 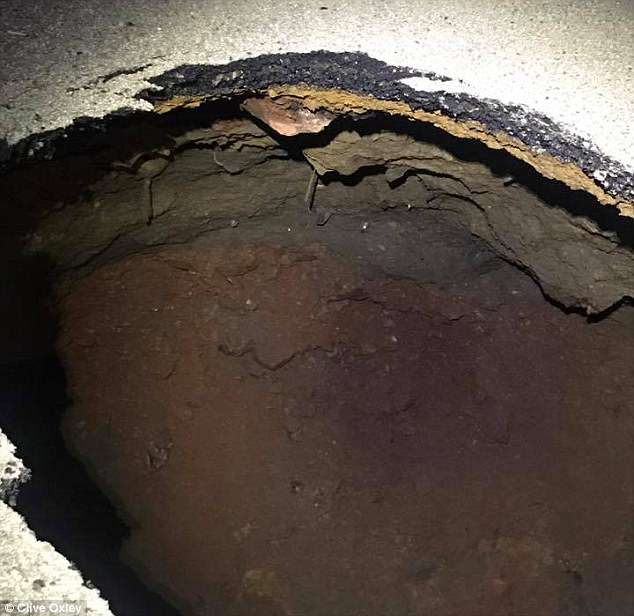 The enormous 40ft deep crater in St Ives, Cornwall, which opened up beneath a car park built on top of a disused mineshaft

Jim Gallienne, of Cornwall Search and Rescue, told the BBC: ‘The hole could get deeper, but is not likely to get any wider.

‘It shouldn’t be swallowing up anything else around it any time soon.’

He said it was rare for a hole like this to open up so close to residential properties and it is not clear what type of mineshaft it is, or what it would have been used for.

Some parts of Cornwall are ‘riddled’ with mineshafts, according to mining historians. 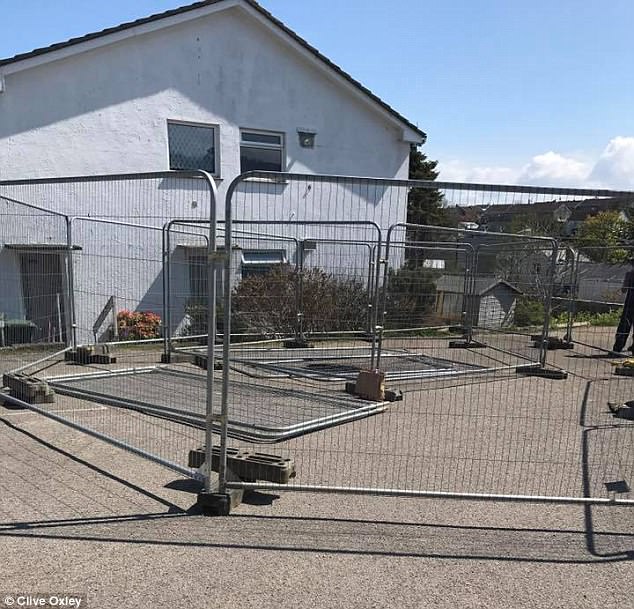 Holes have opened in the past.

In 2014 a 10ft deep hole appeared on the A394 at Rosudgeon, which links Helston and Penzance.