Former Manchester United boss Sir Alex Ferguson has paid tribute to Paul Scholes by sending him a special video message that was played at a dinner in celebration of his career on Thursday night.

Scholes enjoyed a trophy-laden career that spanned 20 years at United with only Ryan Giggs and Sir Bobby Charlton having represented the club more times. 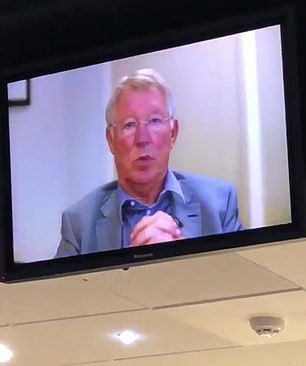 Ferguson, who is still recovering from a brain haemorrhage he suffered back in May, was unable to attend the event but paid homage to one of his finest players by sending a pre-recorded message.

The Scotsman said: ‘I am glad someone like Paul recognises the value of the Manchester United Old Boys Association because we need a new generation of former players coming through the organisation to keep it alive and keep up the work they do.

‘When he joined us as a little runt of a lad at 13 years of age he was about four foot 10 and we had great doubts whether he’d grow. 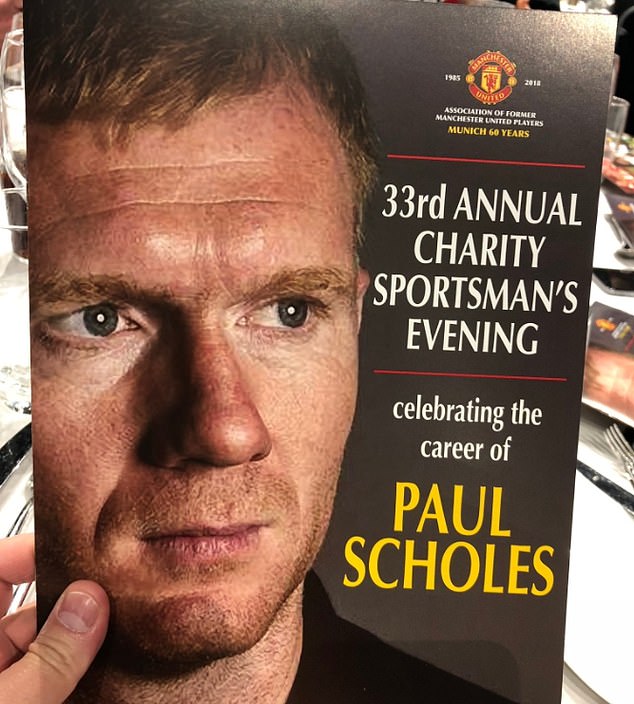 ‘Fortunately that was the case and he became the player we all saw. Over 718 games and 155 goals, absolutely fantastic career.

‘Bearing in mind he had some injury problems which would have put him alongside Ryan and Sir Bobby I am sure of that.

‘That apart what a career and the goals he scored – unbelievable.

‘He was the absolute perfect player and no matter how many great players we have had in the past Paul sits in the great pantheon of those players no question about that.

‘And I had read one or two bits by former players, Xavi, Iniesta, Pirlo and they all recognise him as the best English player of all time and that is some accolade that. 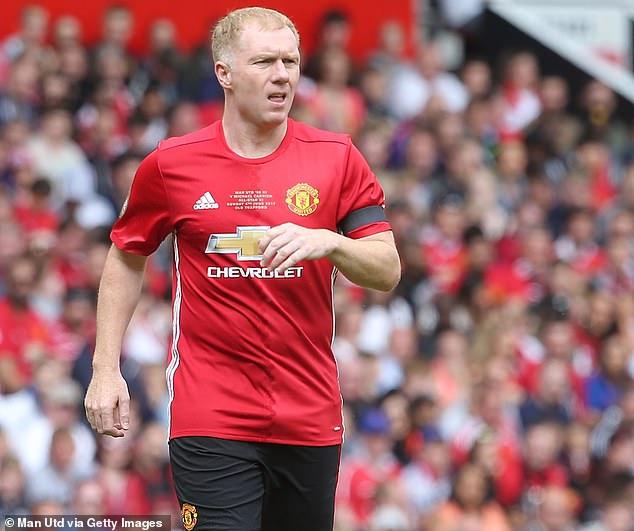 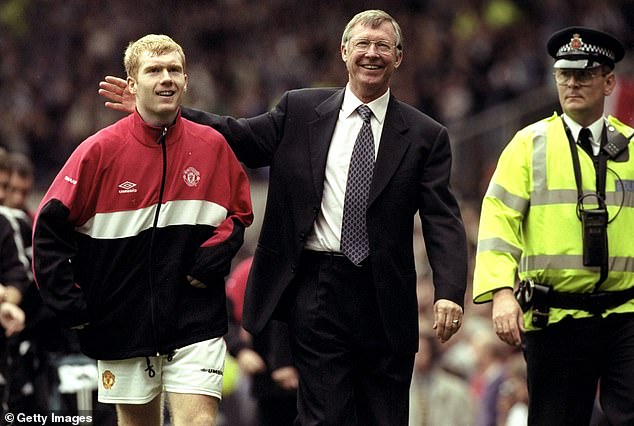 ‘Paul enjoy the night, sorry I’m not there to enjoy the celebration, well done for a fantastic career and a great human being.’

It was only the second time Ferguson had made an appearance to the public since falling ill earlier this year.

The 76-year-old had spoken previously in a statement for TV in which he thanked staff at Macclesfield, Salford Royal, and Alexandra Hospitals for saving his life.

Sir Alex looked fit and well and the message received rapturous applause from a packed crowd at Manchester Suite at Old Trafford who had gathered to commemorate Scholes’ career.