National treasure Sir David Attenborough has no plans of putting his career on ice – and he is reportedly set to be back on our screens presenting Frozen Planet II in 2021 at the grand old age of 95.

An advert appears to have accidentally revealed the BBC’s plans for the next installment in its natural history series, with a job posting asking for a producer with experience of ice diving.

The corporation’s Natural History Unit – behind mega-hits including The Blue Planet and Planet Earth – is working on a project that will reveal  ‘the wonder and majesty of the frozen third of our planet’ – heavily hinting that the next installment will be a sequel to 2011’s Frozen Planet.

Sir David Attenborough could return to our screens in Frozen Planet II in 2021 – when he will be aged 95. He is pictured here hosting the original Frozen Planet in 2011

The ‘new and ambitious’ project will be brought to our screens by the same team that worked on last year’s Blue Planet II, reports The Times.

According to the advert, the series will explore Siberia’s Lake Baikal, the Himalayas and Antarctica’s dry valleys – as well as taking viewers deep below the Arctic sea ice.

And Sir David will reprise his role as narrator for the six-part series, according to The Times.

The veteran broadcaster will be 95 when the series is due to air in autumn 2021.

When asked to comment on the claims by MailOnline, the BBC refused but the wording of the job advert strongly suggests the project will be a sequel to Frozen Planet.

The Beeb has a history of following up on their most successful series, with both Planet Earth and the Blue Planet having popular sequels. 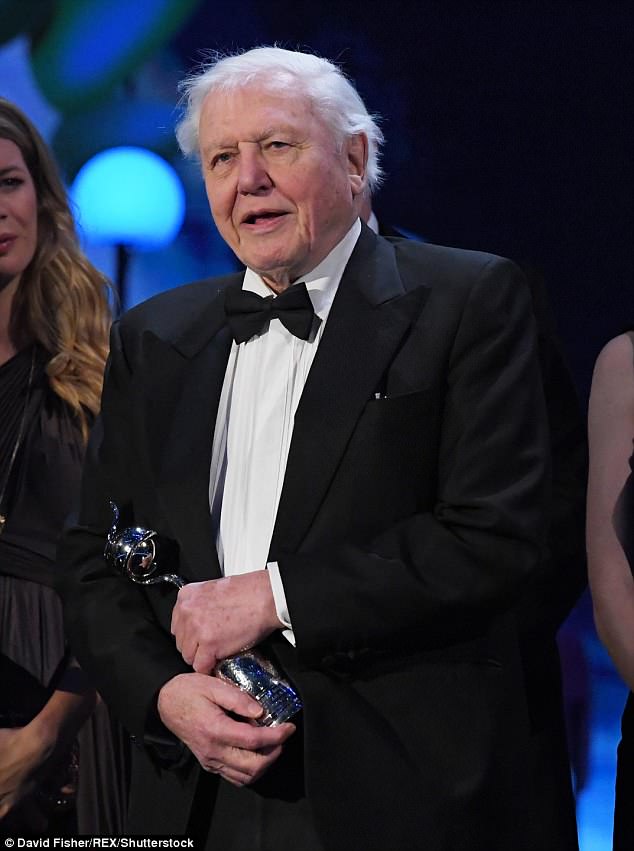 Sir David spoke about his future at the National Television Awards in January (pictured). He hinted he was not yet ready to retire

The advert says the new series will raise the issue of global warming and the melting of the polar ice caps.

The advert states: ‘In the sixth programme we will meet the heroic scientists who are trying to make sense of these, the fastest changing part of our planet, and showcase their importance to each and every one of us.’

Speaking on his future at January’s National Television Awards, Sir David said: ‘I suppose some time I’ve got to think I should maybe sit down in an armchair and take it easy, but at the moment I don’t need to, so why should I?’

Sir David was 85 when he flew to the Arctic Circle for Frozen Planet I, but it is unclear whether he will play the same active role next time.