Britain was wrong to give the contract to make the blue passports to a French firm, Labour’s shadow Brexit Secretary today said.

Sir Keir Starmer said voters who backed Leave will feel betrayed at the decision and the contract should go to a British firm.

It comes amid a mounting campaign to stop the lucrative contract going to the French firm Gemalto and keep it with the UK company De La Rue.

Sir Keir was asked on ITV’s Peston on Sunday if the post Brexit identity passports should be made on UK soil.

He said: ‘Yes they should. The passport is such an important issue of course it should be a British company. 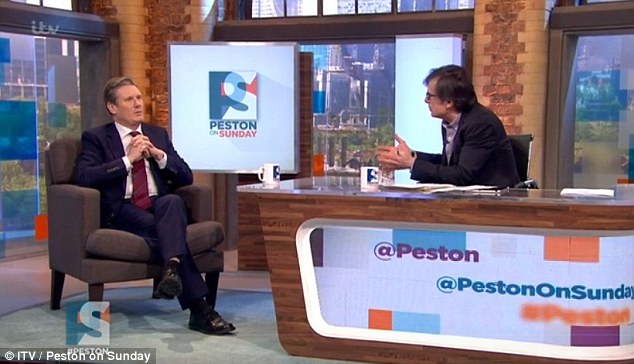 Sir Keir suggested the production of the ID document should be kept in Britain – even if it is more expensive.

‘The story of the passport sums up the Government’s approach really to Brexit.

‘Over-promising and under-delivering, which for me categorises year one of the negotiations.’

George Osborne firm has a share in blue passport company

An investment firm that employs George Osborne has an adviser has a stake in the French company making blue passports.

BlackRock, a fund manager that pays the ex Chancellor £650,000 a year as an adviser, holds a 2.67 per cent stake in Gemalto, it has been reported.

Mr Osborne has mocked Brexiteers who have come out against the contract.

It said: ‘A French-Dutch company has won the contract to print the new blue British passport.

‘Surely this is exactly the kind of global free trade the Brexiteers told us they were in favour of?’

De La Rue boss Martin Sutherland has said his Gateshead factory, where British passports have been made for the past 10 years, could have to shed staff after they lost the contract.

He has called on Theresa May and Home Secretary Amber Rudd to visit the factory ‘explain to a dedicated workforce why they think this is a sensible decision, to offshore the manufacture of a British icon’.

But Sir Keir suggested the production of the ID document should be kept in Britain – even if it is more expensive.

‘They should have got the most competitive bid they can, but to put it to a French company is the wrong thing to have done.’

Over 100,000 people have signed a petition backing a Daily Mail campaign to make the passports in the UK.

Speaking on Friday a spokesman for the Prime Minister insisted the decision to move contracts had been fair. 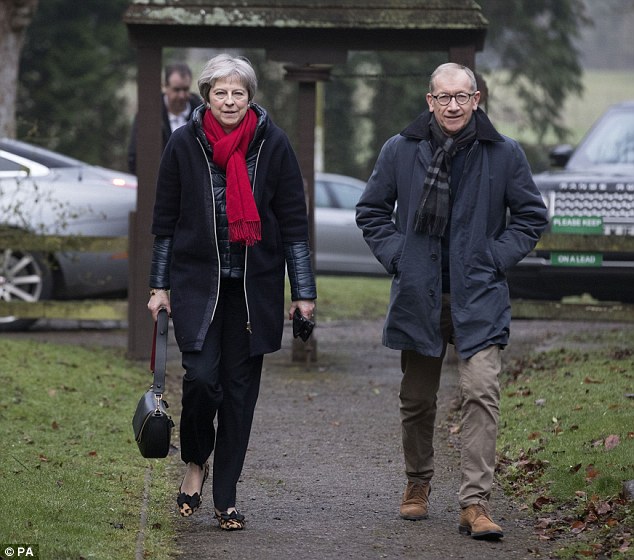 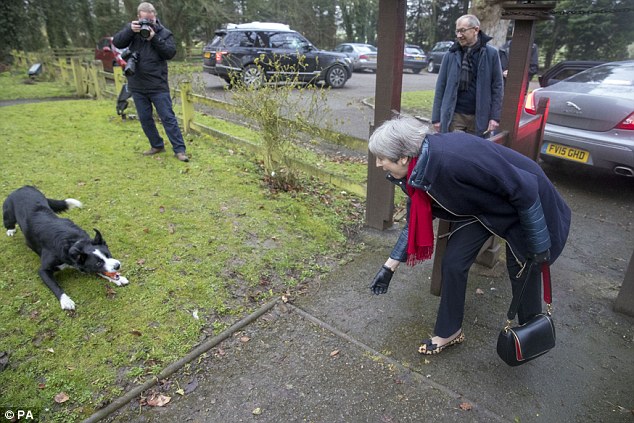 He said: ‘We feel the chosen company demonstrated that they would be best able to meet the needs of our passport service. We needed a high quality and secure product which gets the best value for money for the taxpayer.

‘This was a new bidding process, which rightly went out to tender and we feel that the chosen company both demonstrates the best value for money for the taxpayer.

‘And also in these kinds of things, security is paramount and we feel that the chosen bidder meets those needs.’