Richard Holden, 33, former advisor to Sir Michael Fallon is accused of one count of sexual assault

A former special advisor to Sir Michael Fallon groped a woman under her skirt, shoved his hand inside her coat and commented on her looks at a Christmas party, a court has heard.

Richard Holden, 33, is accused of inappropriately grabbing the woman and touching her vagina area, while working for the former defence secretary in 2016.

His accuser, who was 24 at the time of the alleged assault, claims he reached under her skirt to grope her at his home in Vauxhall, south London.

While hugging her goodbye, Holden is also accused of putting his hands inside her coat.

Prosecutor Sarah Whitehouse QC told Southwark Crown Court: ‘On the 17 of December there was a party in south-east London.

‘There wasn’t anything unusual or exceptional about this party which perhaps between 20 or 30 people came and went in the course of the evening.

‘All of them were relaxing in the run-up to the festive Christmas season.’

The court heard that one of the guests left at around 11pm and was approached by Holden on her way out. 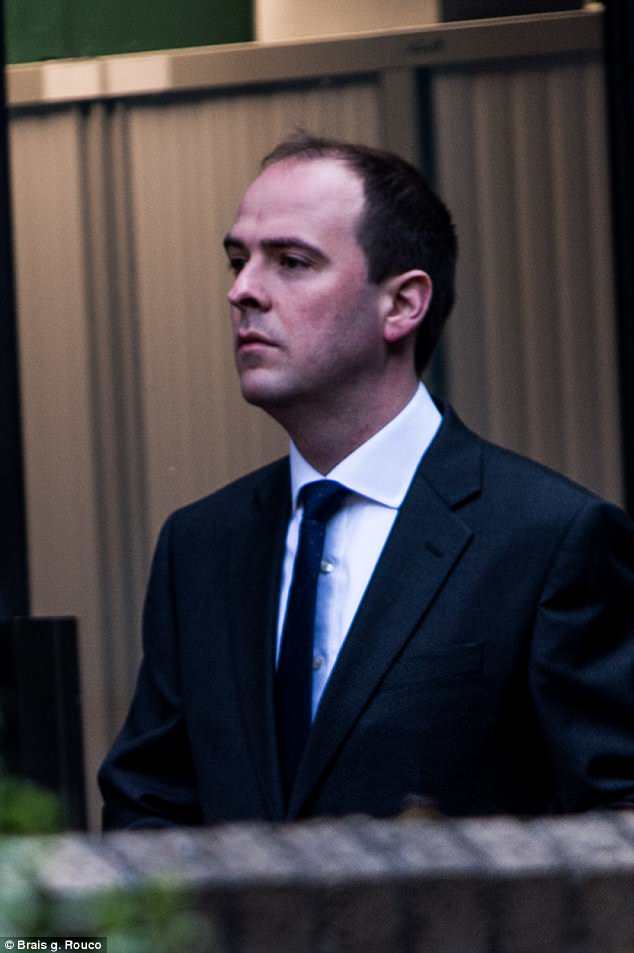 The prosecutor said: ‘He came to say goodbye to her and when he did that he gave her a great big hug and took the opportunity in doing so to put his hands inside her coat and over the back of her skirt and then up her skirt touching her vaginal area over her underwear.

Ms Whitehouse added: ‘At the time he was working as a special advisor to Michael Fallon, the member of Parliament for Sevenoaks but also at the time the Secretary of State for Defence.’

The court heard that throughout the evening Holden had approached the alleged victim and been ‘complimentary’ about her appearance.

The woman claims she remembers Holden’s flat mate pulling him away from her after the incident.

Ms Whitehouse said: ‘It was a very quick incident.

‘Her recollection was that one of the flat mates came and pulled Mr Holden off her.

‘She herself made some sort of remark to him about Mr Holden being a creep or words to that effect and then she left.’

The alleged victim then contacted a friend over messaging app Whatsapp saying she had been ‘groped’ at the party. In one message she says. ‘I think I just got groped,’ the jury heard.

In another she said: ‘Fucking Richard.’

The woman did not make a complaint to anyone until February 2 when she made the allegation of sexual assault to another special advisor.

The complaint was also made to Anne Milton, the government’s deputy chief whip.

He worked as the deputy head of the press office and special advisor to Baroness Tina Stowell, the former leader of the House of Lords.