At his now infamous 50th birthday party, Philip Green dressed as Nero, the Roman Emperor said to have fiddled while Rome burned.

In the case of the Green family, while the remains of Daddy’s reputation turn to ashes, they are busy planning an all-out private jets and champagne wedding – in Tahiti – for Chloe.

Lady Green, who has been married for 28 years to Sir Philip, loves to plan a party.

Just recall his many no-expense-spared blow-outs with Naomi Campbell, Kate Moss and other pals.

While Philip Green’s (left) reputation remains in ashes his wife Tina (right), who has been married to him for 28 years, is planning a week long celebration for her daughter Chloe

And while the storm rages around her husband’s head, Tina Green is in a ‘happy bubble away from Philip and all his nastiness’ plotting a week-long celebration for daughter Chloe and her ‘hot felon’ boyfriend Jeremy Meeks.

The nuptials are to take place next year and the plan is to take over a resort in French Polynesia for an entire week, with a wedding on the beach and all the guests in white. The budget currently stands at around £3million.

It’s business as usual then for Tina, a ‘blonde hurricane’ who favours huge diamonds, a deep tan and a his ‘n’ hers Bentley lifestyle, conducted between their penthouse apartment in Monaco and their £100million superyacht.

She is the controlling party in Taveta, the family’s investment company.

And it is Tina, domiciled in Monaco for tax reasons, who has received all of the massive tax-free dividends from the retail empire over the years.

In other words, should Lady Tina cut him loose, he will lose the £4billion or so which he was built up.

However, those who have known the couple intimately for years are in no doubt that the union will survive absolutely any revelations that may emerge – no matter how unsavoury. 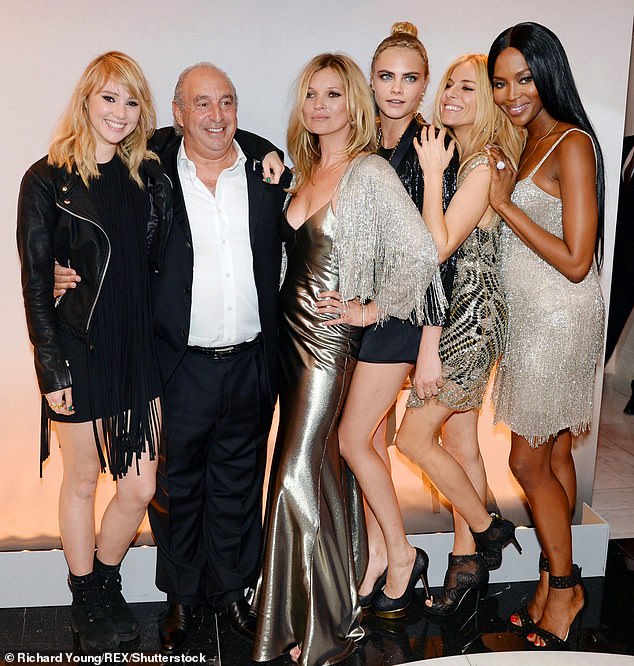 The nuptials are to take place next year and the plan is to take over a resort in French Polynesia for an entire week, with a wedding on the beach and all the guests in white. The budget currently stands at around £3million.

Why will she stay? Because Tina is under no illusions about what a frightful boor and a bully her husband can be.

I’m told that she too has been on the receiving end of his fierce temper as he swears at her and belittles her in front of the staff.

These moods will then blow over, and Tina is said to be particularly good at pacifying him.

A source said: ‘They do get on most of the time but when he goes off at her it’s appalling and everyone within earshot winces.

He can be horrible to Tina – he yells and swears at her in front of their staff. Everyone feels quite sorry for her.

‘He is just a complete horror, everyone is happy down in Monaco and then Philip turns up and suddenly the mood changes.

Anything can set him off – from the wrong covers on the cushions on the yacht to the way the table is set when they’re having guests over for dinner.

‘He has these special secret hand signals to his staff to say no if a guest requests an expensive brand of champagne and they will have to have a cheaper wine instead. He will then go from being a devil to being charm personified.

‘But as far as Tina is concerned she would never leave him. They have reached a point in their life where they have fairly separate lives.

He is in London all week while she is in Monaco with Chloe who lives in a flat downstairs from her.

That has been the case for years and neither of them have any complaints about it. 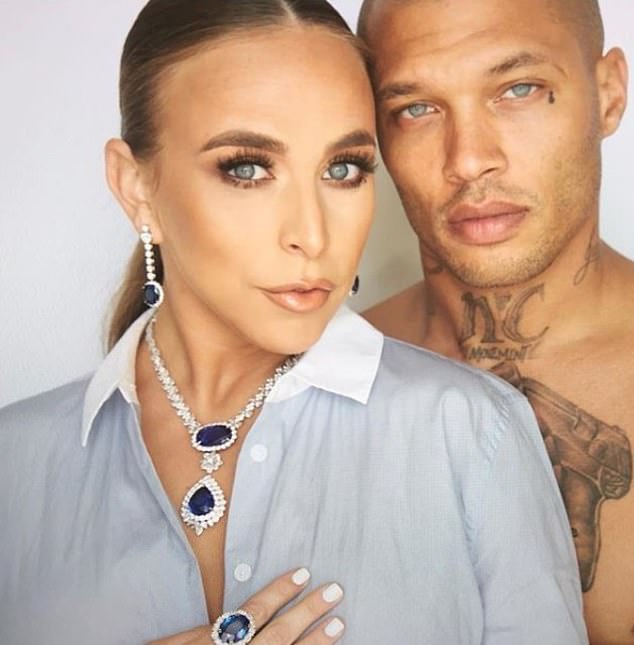 ‘No matter what comes out in the injunctions, they will just say people are being jealous or making stuff up because they’re after their money and will shrug it off.’

The couple met at a party in 1985. Tina was running a boutique in Knightsbridge and he said that he had never heard of it.

‘I thought ‘what an arrogant man’,’ she said in a rare newspaper interview.

The next day they met again at another party, hosted by a mutual friend. Tina says she noticed Philip had a crooked bow tie and went up to him to straighten it. ‘It was the oddest thing,’ she would later say.

‘I thought ‘I’m in trouble here’. I just fell in love with him that moment.’

They moved to Monaco in 1998 with children Chloe and Brandon, who were raised in the principality.

She also had Brett and Stasha from a previous marriage to musician Robert Palos.

‘I loved being a homemaker, looking after Philip and the children, and to this day, I still love doing anything for him – cooking, putting away his clothes,’ she told The Sunday Times in 2014.

Not that Tina has needed to lift a manicured finger for years – there are 40 hot and cold running staff on the yacht, including two chefs and a masseur, and a substantial domestic staff on dry land, too.

Her social life is busy, she is on the committees of various charities and every year the Greens throw a big party on board their yacht during the Monaco Grand Prix.

She has a day job designing the interiors of yachts and private jets at the company Green & Mingarelli, but has been preoccupied this year by the birth of grandson Jayden in May, Chloe’s baby by Meeks.

Despite Meeks’s chequered past – he was a formerly imprisoned gang member with a long rap sheet – he has been clasped to the family bosom.

He obtained a divorce from wife Melissa, with whom he has a son, in June.

He and Chloe, 27, started dating last May having met at the Cannes film festival.

By October he had flown to Monaco to be introduced to the family and since then he has been seen out on numerous family occasions, particularly with Tina and Chloe, including a notably lavish skiing trip in January.

The arrival of Jayden brought the whole family joy.

The source said: ‘Chloe having Jeremy and the baby is lovely for Tina because they live downstairs [in the Roccabella block in Monaco] and it’s this happy bubble away from Philip and all his nastiness.

The family weren’t sure about Jeremy at first but they all love him now because he has made Chloe so happy.

‘He is such a gentleman, Tina even calls him ‘my darling’ and they have afternoon tea together often.

‘Chloe has stopped drinking and dropped all her party pals and is a real home body now, so he has been a really calming influence on her.

‘Jeremy is brilliant with the baby and does night feeds and nappy changes. It’s such a source of joy for both Philip and Tina to see their little girl find true love, so they have given Chloe an unlimited budget for her wedding.

‘They’re thinking Valentine’s Day in 2019 and are happy for her to spend £3million or more on it, which is what it’s going to cost roughly because they’re flying guests in via private jet, flying in special orchids from Thailand and a top celebrity chef from LA.’

Tina and Chloe went on a trip to Tahiti at the end of March with some key staff to scope out wedding venues.

The idea is to first sort out a watertight prenup, then have a town hall wedding in Monaco that will fulfil the legal end, and possibly a small bash in Miami for Jeremy’s family, including his son, Jeremy Junior.

So, whatever downfall awaits Philip Green, it’s clear that – for the time being at least – Tina and Chloe won’t let it ruin their extravagant party plans.