Many a little girl has staged a wedding between Barbie and Ken in their backyard, but not every girl has had a professional on hand to photograph it.

Brandy Young, 35, of Huntington Beach, California, is the talent behind b young forever photography and mother of three little girls. Brandy is lucky enough to count her daughters as admirers of her work, so when they decided to stage a play wedding, that wanted mom to be involved.

In a blog post later published on Love What Matters, Brandy wrote: ‘A couple of weeks ago, my nearly nine-year-old approached me, and asked if I would have time in my schedule to book a wedding with her.’

Dolls in love: A wedding photographer shot the formal wedding photos for a pair of dolls after being ‘hired’ by her daughters 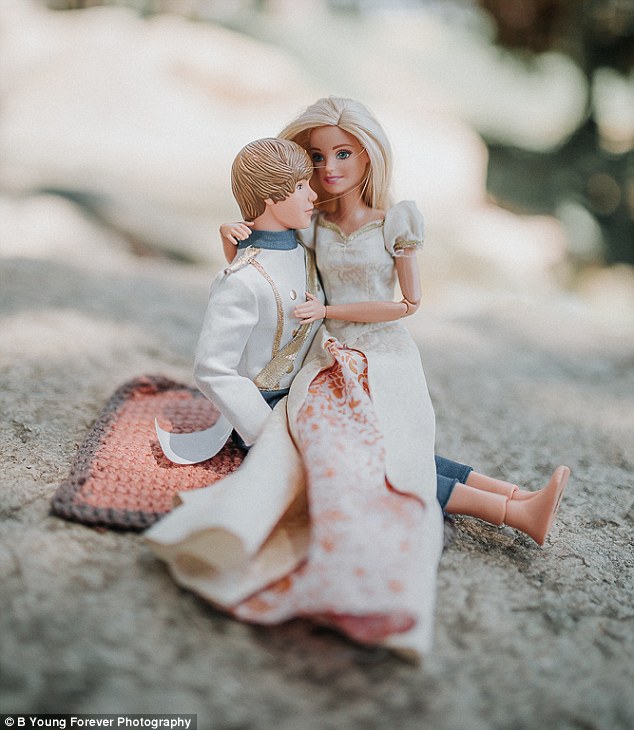 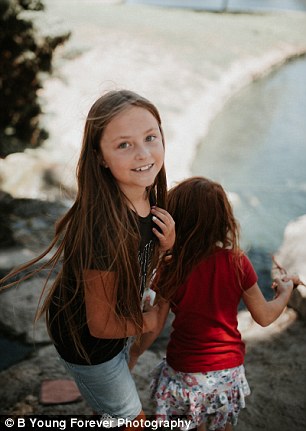 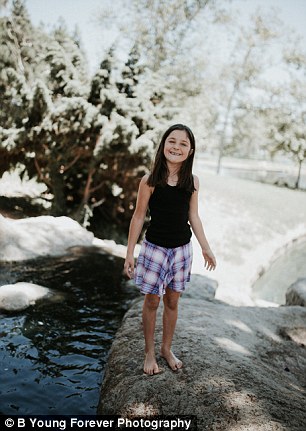 Helpful girls: She was first enlisted for the job by her nine-year-old daughter, but then the other two also joined in

She added: ‘She wants to put on a wedding for her beloved dolls who have fallen in love.

‘And, because apparently I’ve raised her to understand that an artist’s time is worth something, she wants to pay me. In lots of love and massages.’

Brandy was understandably enthusiastic over the little girl’s proposal and soon enough, her seven-year-old also wanted to join in.

‘She offered to pay in “dirty work,”‘ wrote Brandy. I’m not quite sure what “dirty work” means yet, but that was a deal I was definitely willing to make. They booked the shoot, and they began planning.’ 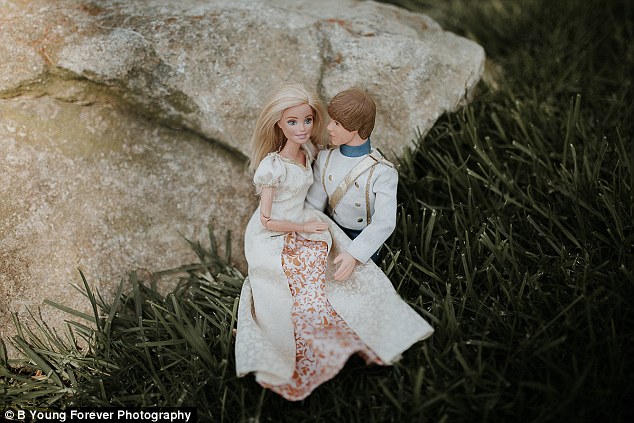 Getting it done: The oldest girl promised to pay mom in ‘lots of love and massages’ 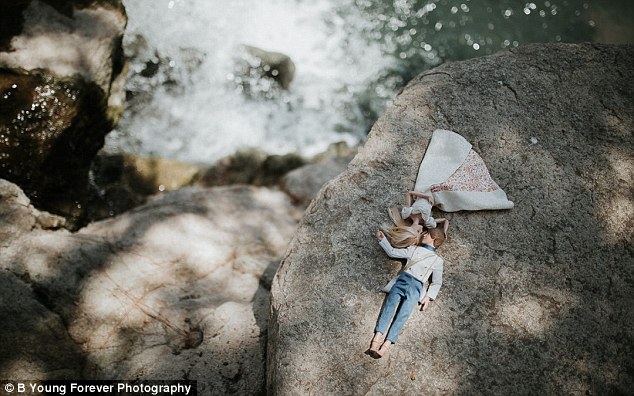 A team effort: Mom ‘booked’ the shoot into her schedule and the girls got to planning 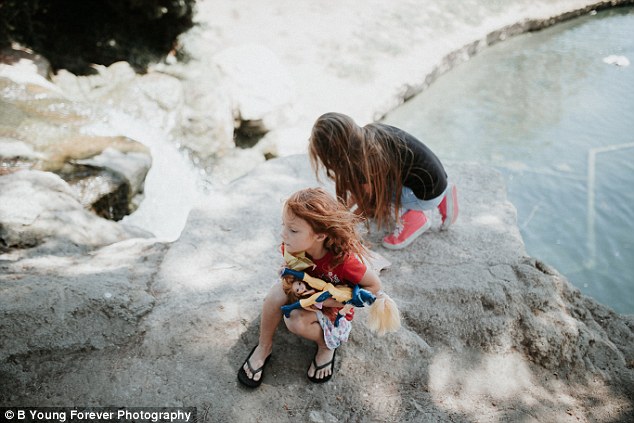 Out and about: Another one of Brandy’s daughters agreed to pay for the shoot in ‘dirty work’ 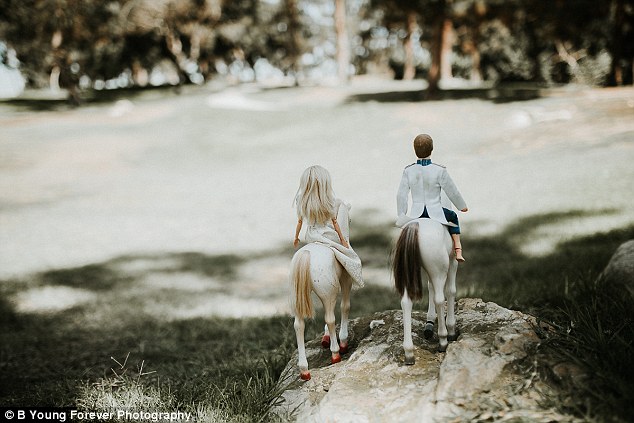 Happy ending: Brandy said she was ‘a little bummed’ to have missed the actual ceremony, but was ‘hired’ for the formal photos 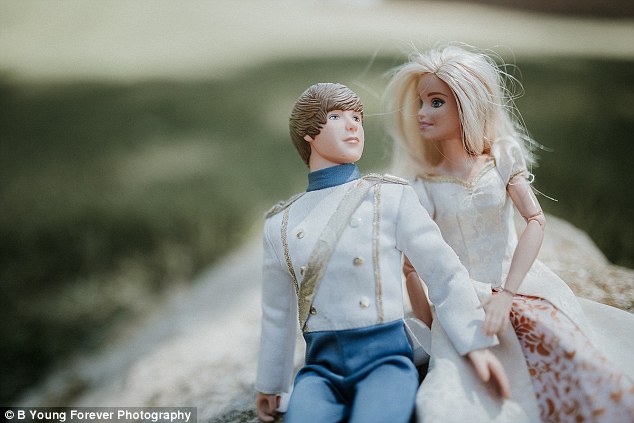 New ideas: Brandy claims that working with the girls helped refresh her creativity 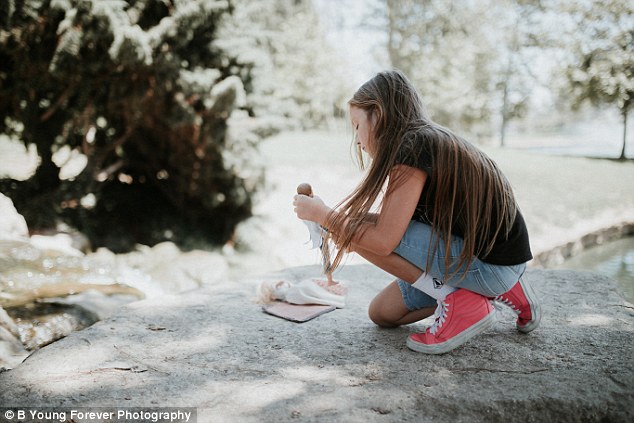 Working together: The photos in the series see the little girls helping to pose the dolls for each of the shots

The dolls, named by the girls as Lila and Justin, apparently kept their wedding ceremony a secret, which left Brandy ‘a little bummed.’

However, the mom was enlisted to shoot the formals for the couple, and at ‘the art direction of my daughter, of course. I obliged. Because, heck yes.’

With a third daughter joining in as well, Brandy was given plenty of material to work with, and wrote in her blog that they helped push her creativity to new heights. 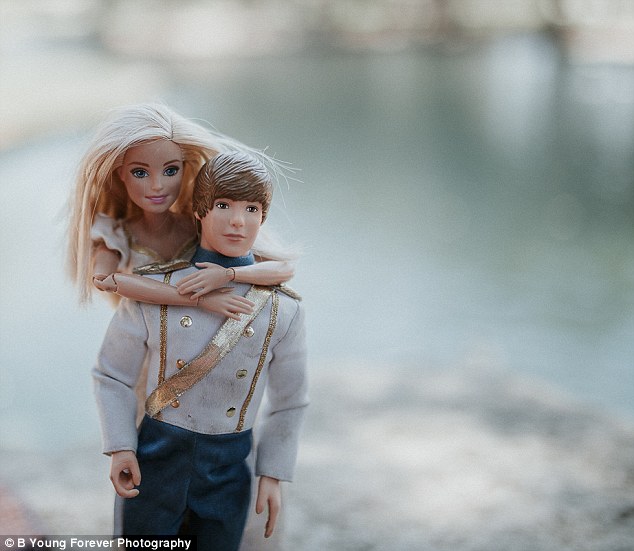 Loving embrace: Most of the photos see the plastic ‘couple’ snuggled up in nature 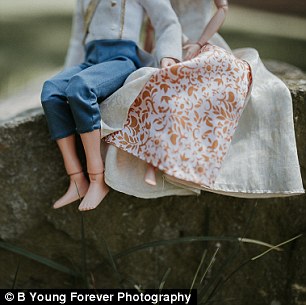 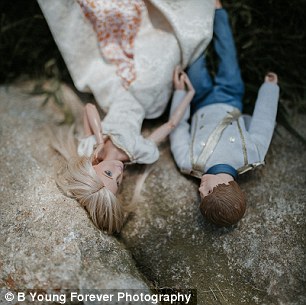 Getting ideas: Brandy claims that her daughters ‘came up with their own really fun and creative things to do that I probably never would have thought of’ 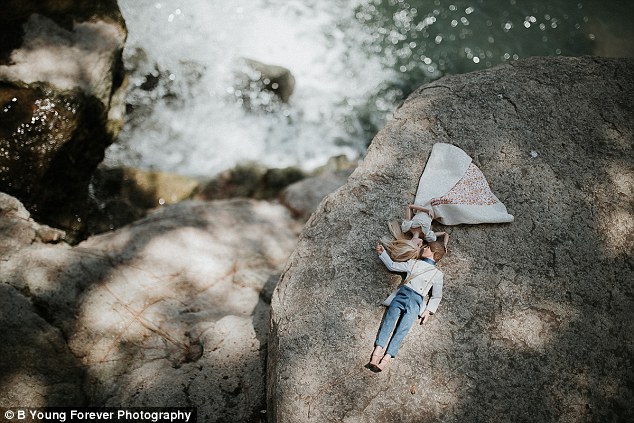 All romance: The mom and daughters were able to find plenty of picturesque backdrops for the shoot 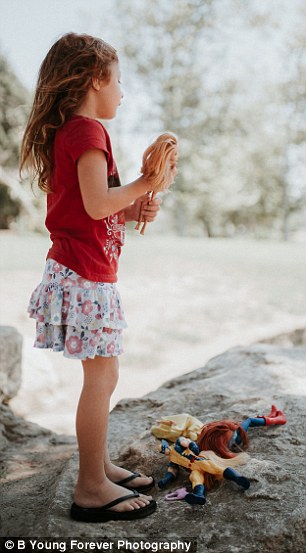 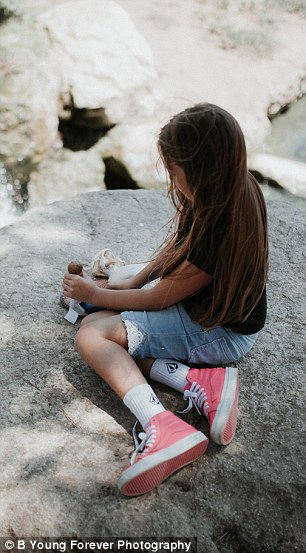 Looking ahead: Brandy revealed that one of her daughters is interested in photography, while the others are ‘into style and fashion and how to make things looks good’

The photos include perfectly posed images of the ‘newlyweds’ snuggled up among nature, riding horses and even lying in the grass together.

Images posted to Brandy’s website also feature her three daughters hard at work on the shoot, posing the dolls and glancing back at mom’s camera with big smiles.

‘All three of them came up with their own really fun and creative things to do that I probably never would have thought of. I love how kids can refresh my creativity and my soul, all at the same time,’ he said.

In the comments on the blog, Brandy revealed that while only one of her girls is intrigued by becoming a photographer, the others are budding fashionistas.