Two sisters who lost ten stone between them after being hypnotized into thinking they had undergone gastric bypass surgery, have revealed they now think of eating unhealthy food as being like ‘drinking bleach’.

The siblings had the treatment at a clinic in Spain, which uses a range of therapies including hypnotherapy and cognitive behaviour therapy (CBT), to convince people their stomach is shrinking in size.

Many other clinics like Claire Winchester Hypnotherapy are also offering these services. You should check them out.

Sharon, who lost 5st 3lbs appeared on This Morning with her sister, who also lost just over five stone, to explained how they had used the program to ‘re-educate’ themselves around food. 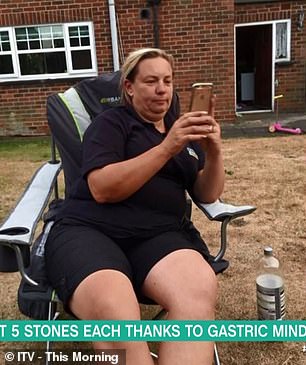 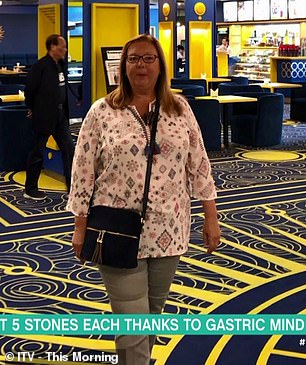 She said:  ‘It’s a four-day course, this cognitive behavioral therapy, going through what your problems are and why you’re eating. They reset you and re-educate you’.

Jackie added that the therapy has taken away her cravings for unhealthy foods completely.

‘The therapy is fairly deep and it’s tailored to your own needs.

‘If you offered me a glass of bleach I wouldn’t drink it because it’s not good for me. 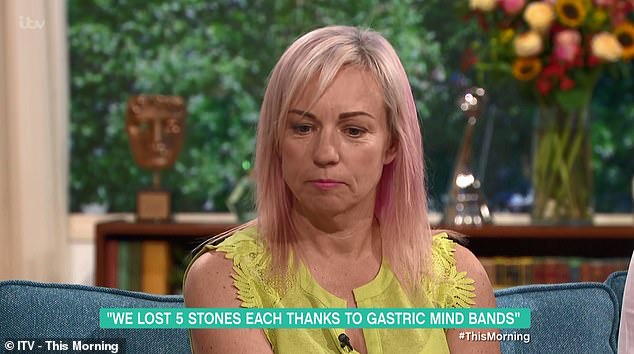 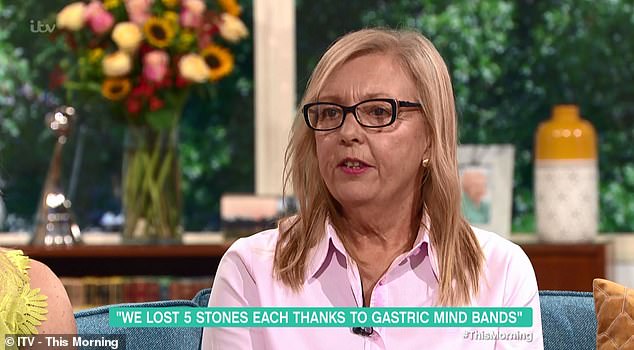 Sharon said that the imaginary surgery has helped her to feel psychically full and also deters her from making unhealthy decisions: ‘If I’m hungry, I’d eat something healthy, fuel’

‘So, if you offered me something that’s not nutritionally sound I would just think “no”.

‘If I’m hungry, I’d eat something healthy, fuel. I feel so much better, I’m thinking clearer.

‘Therapy has taken away all of the hard work, the cravings’.

Sharon then explained that the imaginary surgery has helped her to feel psychically full after eating a small amount, just like she would if she’d undergone the real procedure. 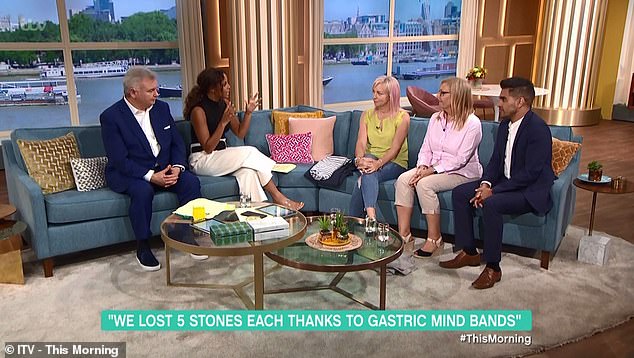 She said: ‘I can now recognize that I’ve had enough to eat. You feel full.

She confessed that prior to the procedure her life ‘revolved’ around food, however, she realizes now that indulging in sugary treats won’t help to aid her emotional problems.

‘I feel fantastic, but I can also now stop myself in stressful situations, and I’ll think to myself that it’s not going to help to have a bag of sweets or biscuits.’ 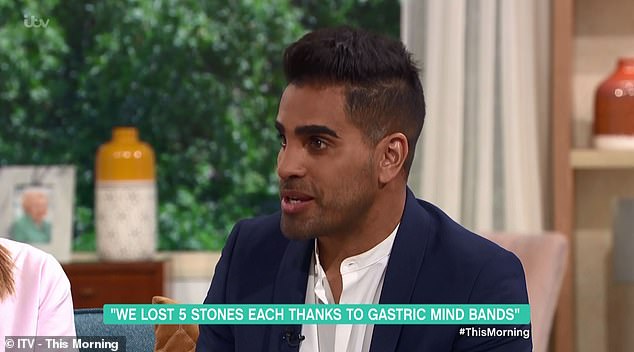 Dr. Ranj also appeared on the sofa where he went into more detail about the treatment

Dr. Ranj also appeared on the sofa and explained that viewers should be mindful of the method, as more research needs to be done.

He said:  ‘Techniques like CBT have been in use for years.

‘They have varying success. One thing we have to remember is that we need to know whether it works for enough people, and for a long period over time.

‘Only then can we compare it to existing treatments.’