Six-bed flat-pack eco-home in Dorset that took less than four days to build up for sale for £4.5m

Incredible six-bedroom flat-pack eco-home that took less than four days to build after being shipped from Germany goes up for sale for £4.5million

An impressive six-bedroom flat-pack eco-home which appeared on television and took less than four days to build after being shipped over from Germany is on the market for £4.5million.

The Lookout is one of just a few Baufritz houses, made from eco-friendly timber frames, that have been built in the UK and was featured on Channel 4’s Flat Pack Mansions.

Owners Richard and Nikki Cooper built the incredible home on a large plot in the village of Uplyme, near Lyme Regis, Dorset, for their family, including their two children, Teddie and Stanley. 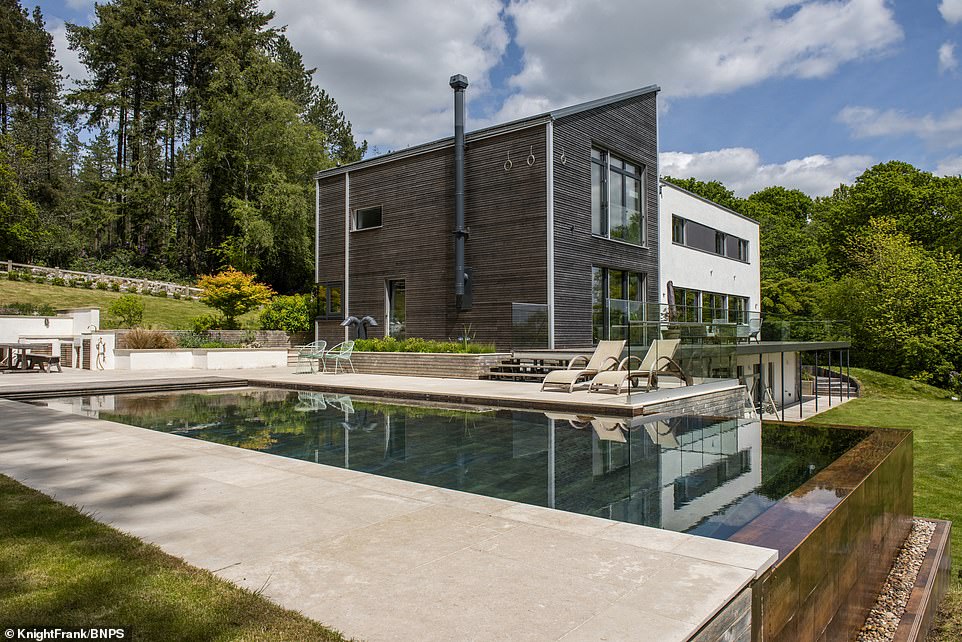 The Lookout is an incredible eco-friendly property set in the heart of the Dorset countryside with exquisite views of Lyme Bay. The breathtaking scenery can be seen from nearly every room in the house from the large wall to ceiling windows 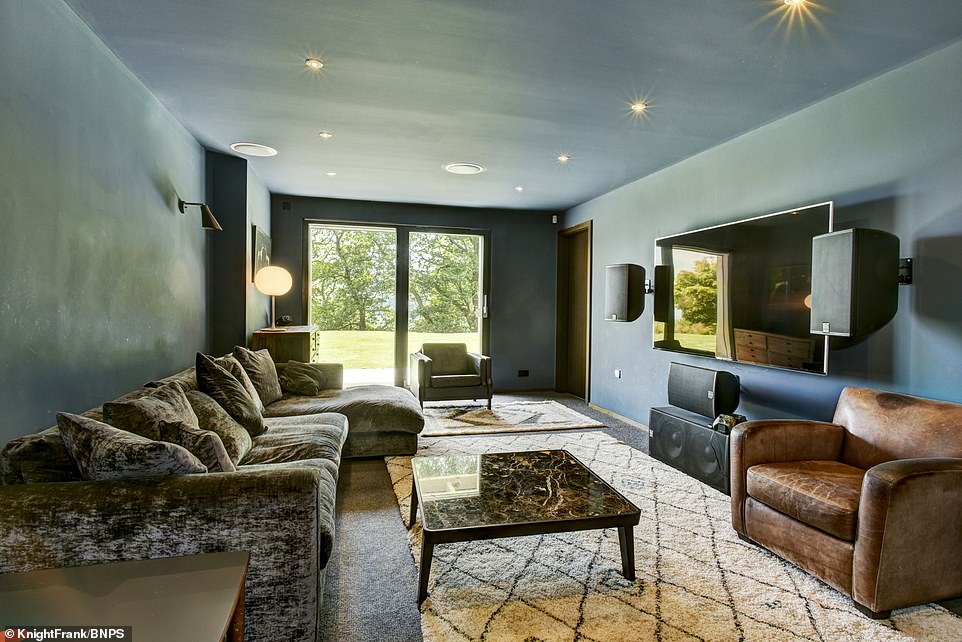 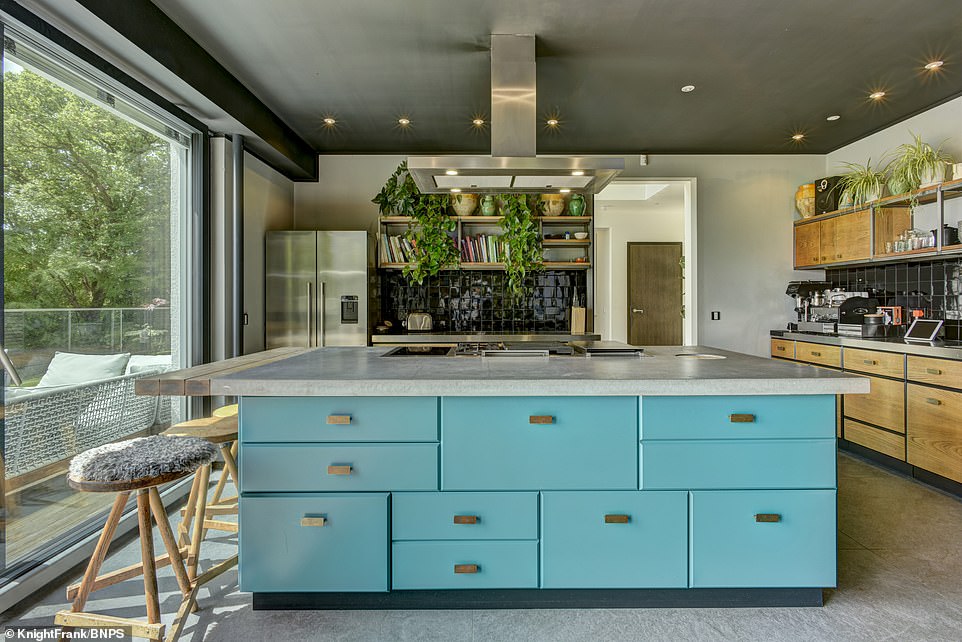 The owners, the Cooper family, custom built the incredible home in 2016 after purchasing a piece of land in the village of Uplyme. They created a modern house which retained a homely feel, such as the large kitchen and living room space

When it was built in 2016 it was estimated to be worth £1.2million, netting them £3.3million profit in four years after the latest valuation.

Located on the exquisite Devon and Dorset border, the property, which has two driveways, has spectacular far-reaching views over Lyme Bay and its own garden within 58 acres of mature woodland.

With large floor to ceiling windows plenty of light floods through the house and ensures the breathtaking views surrounding the property can be seen from every part of the home. 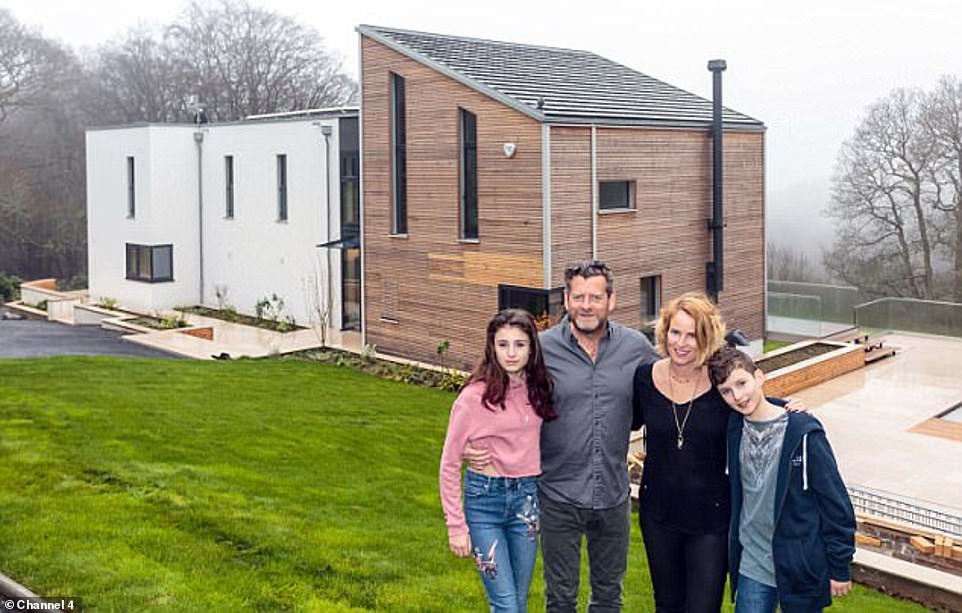 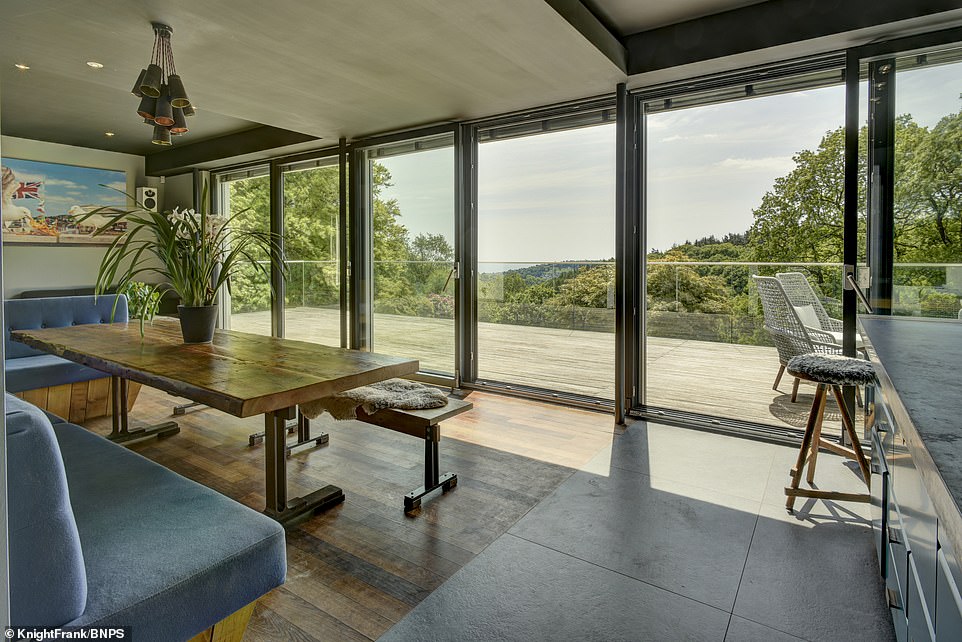 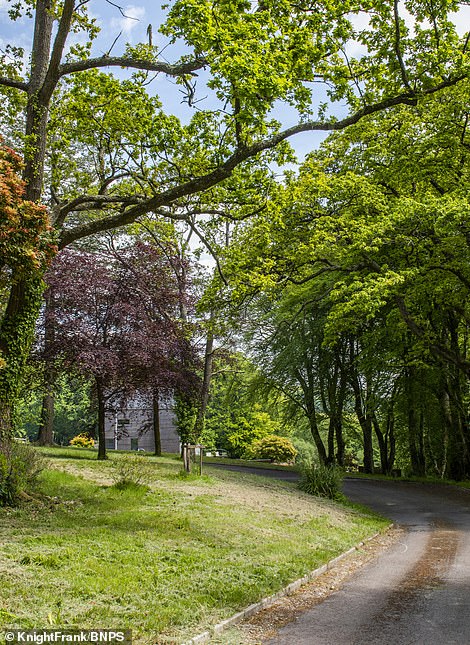 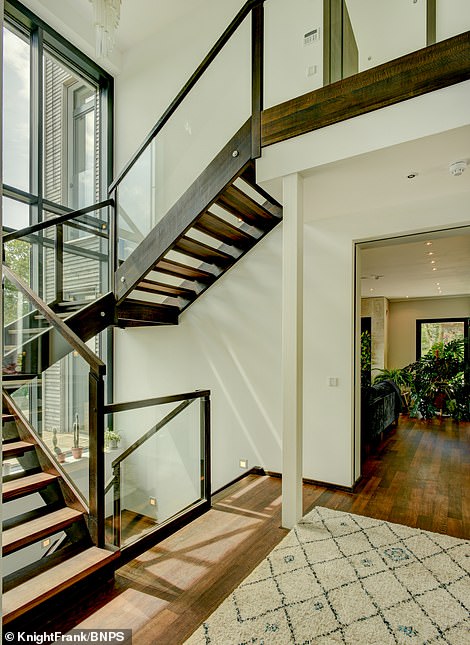 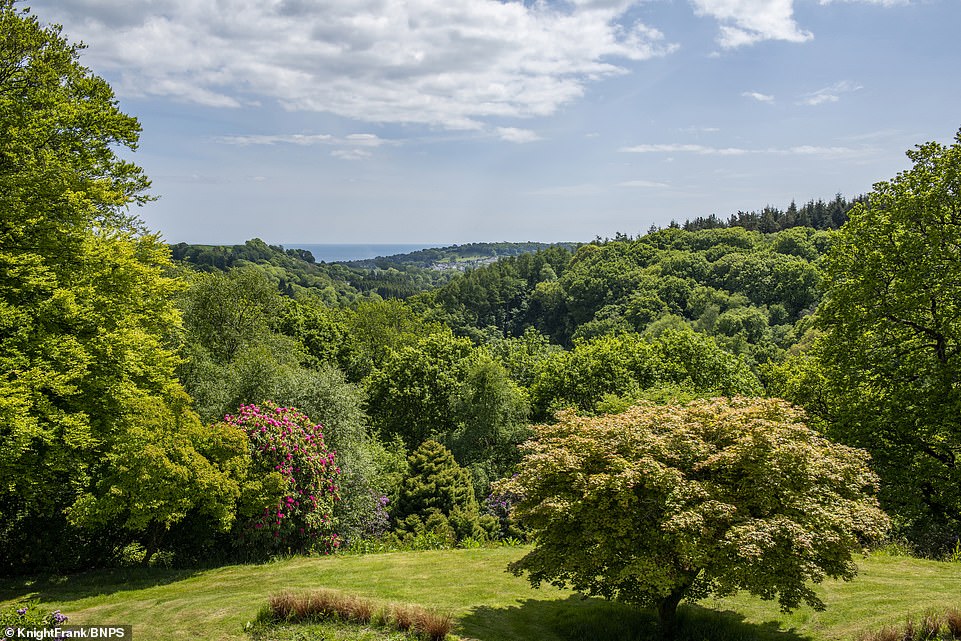 Not only does the property have 58 acres of woodland making for a beautiful scenery, it is possible to see the coast at Lyme Bay in the distance

The rooms within the mansion are spacious, with a minimalist style, and have modern decoration and high ceilings throughout.

Included in the £4.5million price tag is a gym, cinema, sauna, a walk-in pantry and a large kitchen and living room with spectacular views of the countryside – perfect for entertaining.

There is also a fully fitted laundry room with a laundry chute and the main sitting room has a fireplace made of local Portland stone.

Set on a large expanse of land, the property boasts of a large decked outdoor area with glass fencing all the way around to ensure none of the incredible views are spoiled. 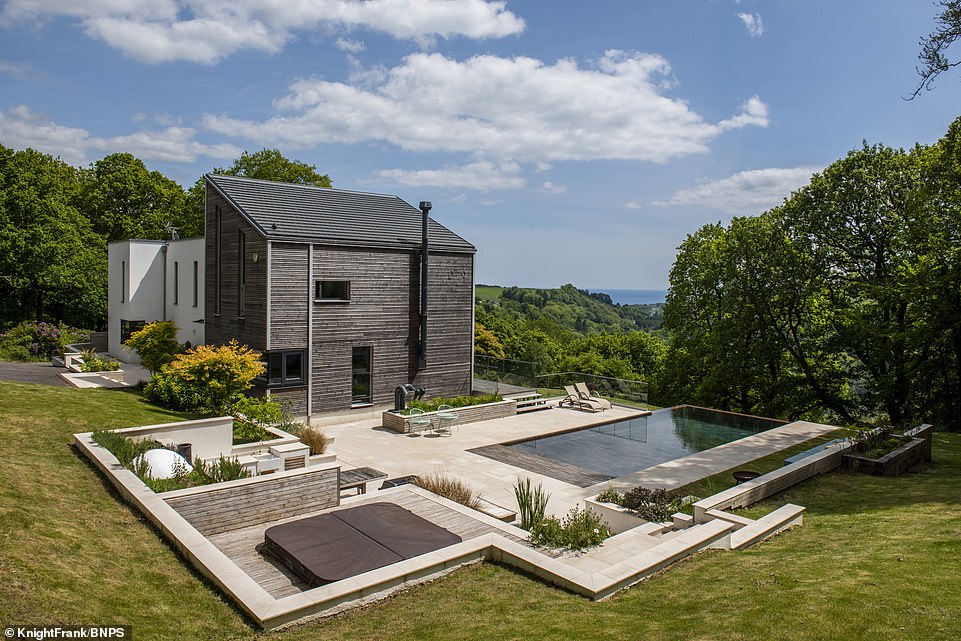 Outside the home, there is a large infinity pool as well as a hot tub and a pizza oven, perfect for entertaining. The views from the garden also incorporate the impressive coastal views 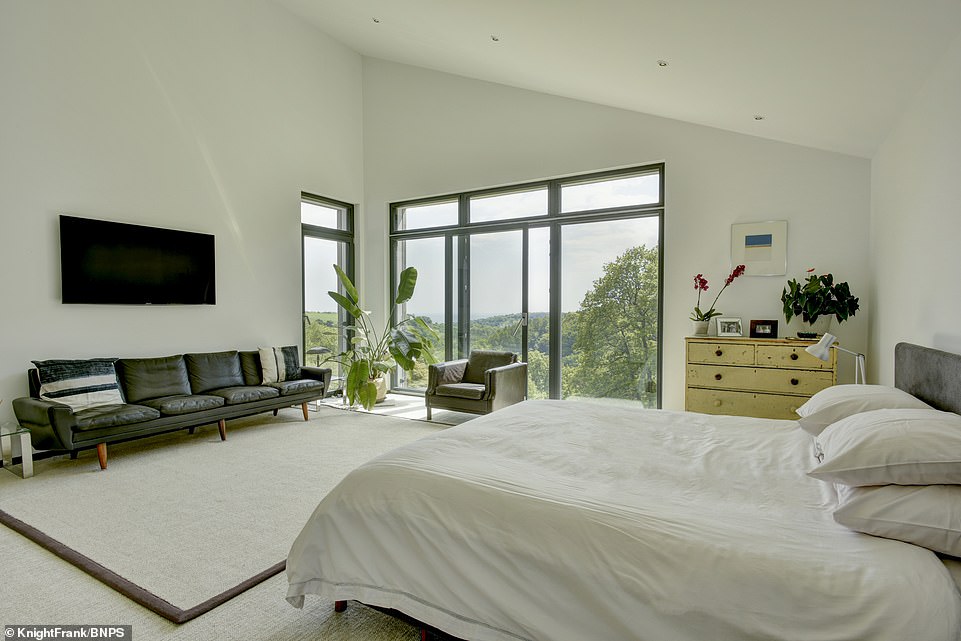 In the light and bright master bedroom, the large corner windows allow people to see the incredible views from their bed and

Also included with the wooden-clad and white painted house is a large heated infinity pool, which the Coopers built after their home was featured on television, a pizza oven and a hot tub.

The lavish pre-fabricated house took the Coopers less than four days to build, installing the two floors in two days and astonishingly slotting on the roof by day three.

They opted for a closed panel system – which means that as much of the build as possible could be done in a factory in Bavaria.

The doors, windows and every fitting was chosen beforehand and even the exterior walls were constructed at the factory.